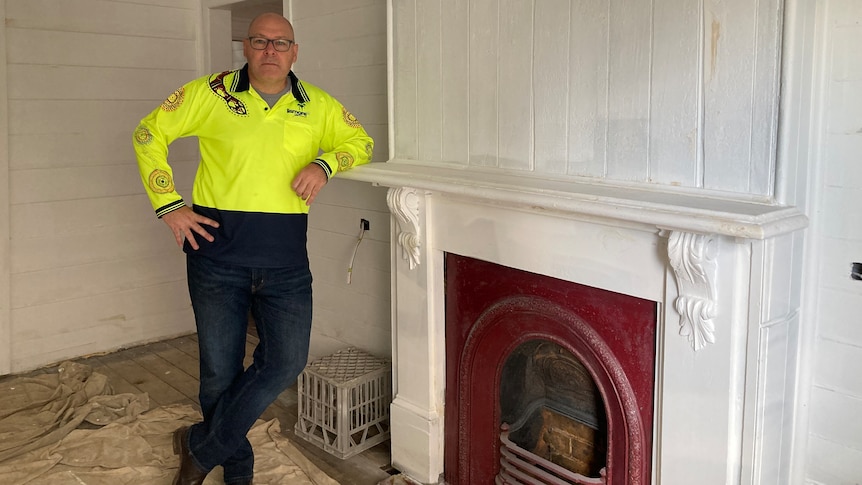 The mayor of Lismore, in northern New South Wales, has urged the state government to publish a flood investigation report after hearing unconfirmed media leaks and nothing from the government.

The ABC understands that the state government received a recovery cost estimate of $3 billion within the findings of a 700-page independent flood report it commissioned to investigate the preparation, cause and response to the crisis.

Other recommendations include offering land buybacks and swaps, asset reconstruction and economic measures.

Lismore Mayor Steve Krieg said he was frustrated the government had not made the findings public.

“I read the information in today’s newspaper, but I haven’t had any direct information from the government,” Krieg said.

“It would be nice to get a little update and briefing. What people in Lismore really need right now is hope and certainty, and we don’t have any of that right now.”

He was also concerned about the time it took for the government to make decisions.

“If you look at Queensland, they’re already getting buybacks, NSW seems to be taking forever to do anything,” he said.

“The problem is that there are so many rumors and little truth, are we rebuilding without purpose and spending more money when we should not have done anything?

“[There’s] so much housing shortage with so many people having to sit and wait for some stranger who in the end may not help us at all.

Some 4,000 homes were damaged by the February and March floods.

It is understood that the government will seek Commonwealth funds to help with the rebuilding and disaster protection of communities.

NSW Labor said that was an encouraging early sign, but wanted more details on whether the federal government had been informed.

“If there have been no talks or negotiations between [NSW Premier Dominic Perrottet] and the Prime Minister, that should happen before an announcement is made,” Labor leader Chris Minns said.

“Those communities have been through so much in the last six months that they need certainty, not another press release.”

The recommendations of the inquiry, led by NSW Chief Scientist and Engineer Mary O’Kane and former Police Commissioner Mick Fuller, were delivered to the Prime Minister a week ago.

The findings are likely to lead to the dissolution of the Resilience NSW disaster agency, which was heavily criticized for its response to the Northern Rivers flooding.

ABC understands that a proposal to dismantle Resilience NSW will now be presented to cabinet.

NSW Resilience Commissioner Shane Fitzsimmons, who led the government’s response to the Black Summer bushfires, has yet to comment on the report or his future employment.

Minns asked the prime minister, in the interest of “fairness and certainty”, to immediately explain what his plans were for the emergency agency.

“We need certainty in relation to emergency management in New South Wales,” he said.

“And I am concerned that the government is hiding a report that there are going to be major changes and no information has been published about who Resilience NSW is working on and what they will be doing.”

The flood investigation report is still being reviewed by the government.