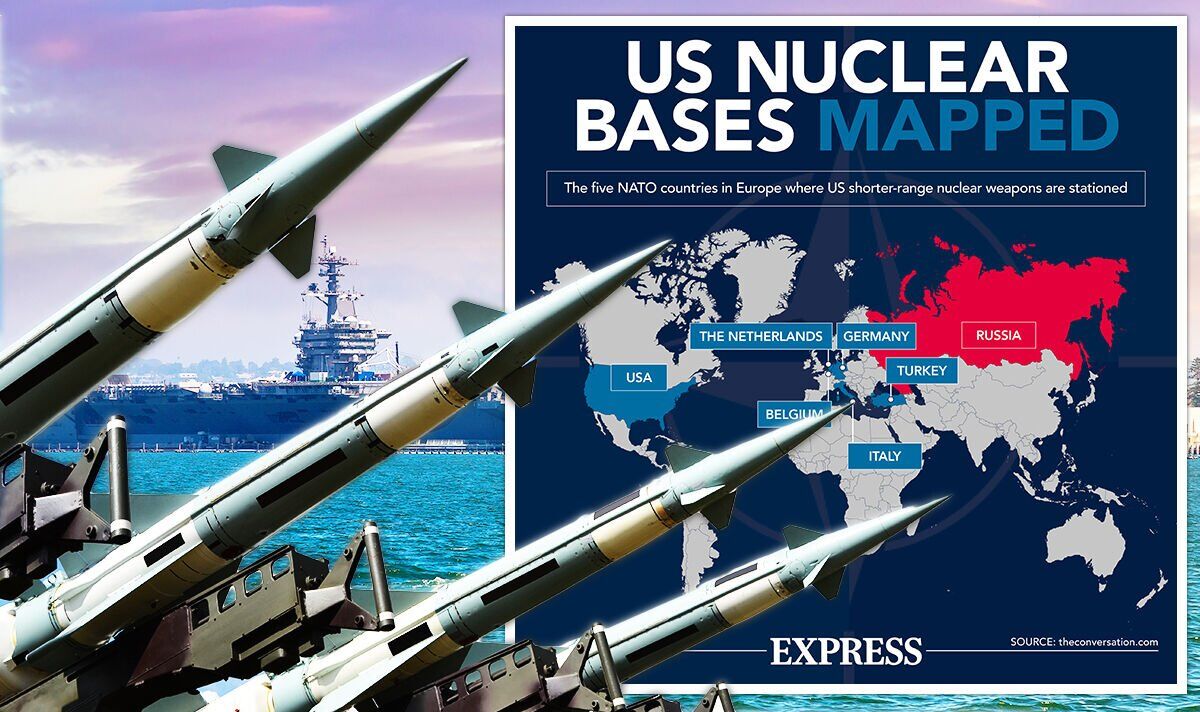 Threats of nuclear war haven’t been aroused since the end of the Cold War, but as the conflict between Russia and Ukraine rages on, fears that Russian President Vladimir Putin may use these weapons of mass destruction are growing. greater. Russia currently has the largest nuclear arsenal, however these are stationed far away in Russia and its close neighbors. While the United States has many more stationed much closer to the territory of Russia.

Putin has been using Russia’s arsenal of nuclear weapons against countries that “interfere” with his invasion since its launch, warning of “consequences never encountered in its history.”

With the largest arsenal of the nine countries that possess them, Russia is currently reported to possess approximately 6,257 nuclear weapons.

These weapons are largely stationed in areas of Russia and one area is reported to be in Kazakhstan.

In NATO’s nuclear deterrence policy, it is stated that these countries “shall protect other NATO allies under their ‘nuclear umbrellas’ in accordance with NATO’s commitment that an attack against any ally will be seen as an attack against the whole alliance.

With a combined mass hot on Russia’s heels, these countries are reported to have approximately 5,550, 225, and 290, respectively.

However, between the UK and French nuclear weapons stations, “around half of the estimated 200 US short-range weapons are believed to be deployed in five NATO countries in Europe” . according to A. Pomper and Vasilii Tuganov of the James Martin Center for Nonproliferation Studies.

The exact locations have not been confirmed or denied by the US, but the US B61-3 and -4 gravity bombs are expected to be stationed at Volkel Air Base in the Netherlands, Kleine Brogel Air Base in Belgium and the Buchel air base in Germany, as well as the Ghendi and Aviano air bases in Italy and the Incirlik air base in Turkey.

However, even though there are thousands of nuclear weapons in circulation in the US and Russia; under the 2011 New Strategic Arms Reduction Treaty, these countries are limited to having 1,600 on standby each.

By 2018, both the US and Russia fulfilled these obligations, and in early 2021, this treaty was extended for an additional five years.