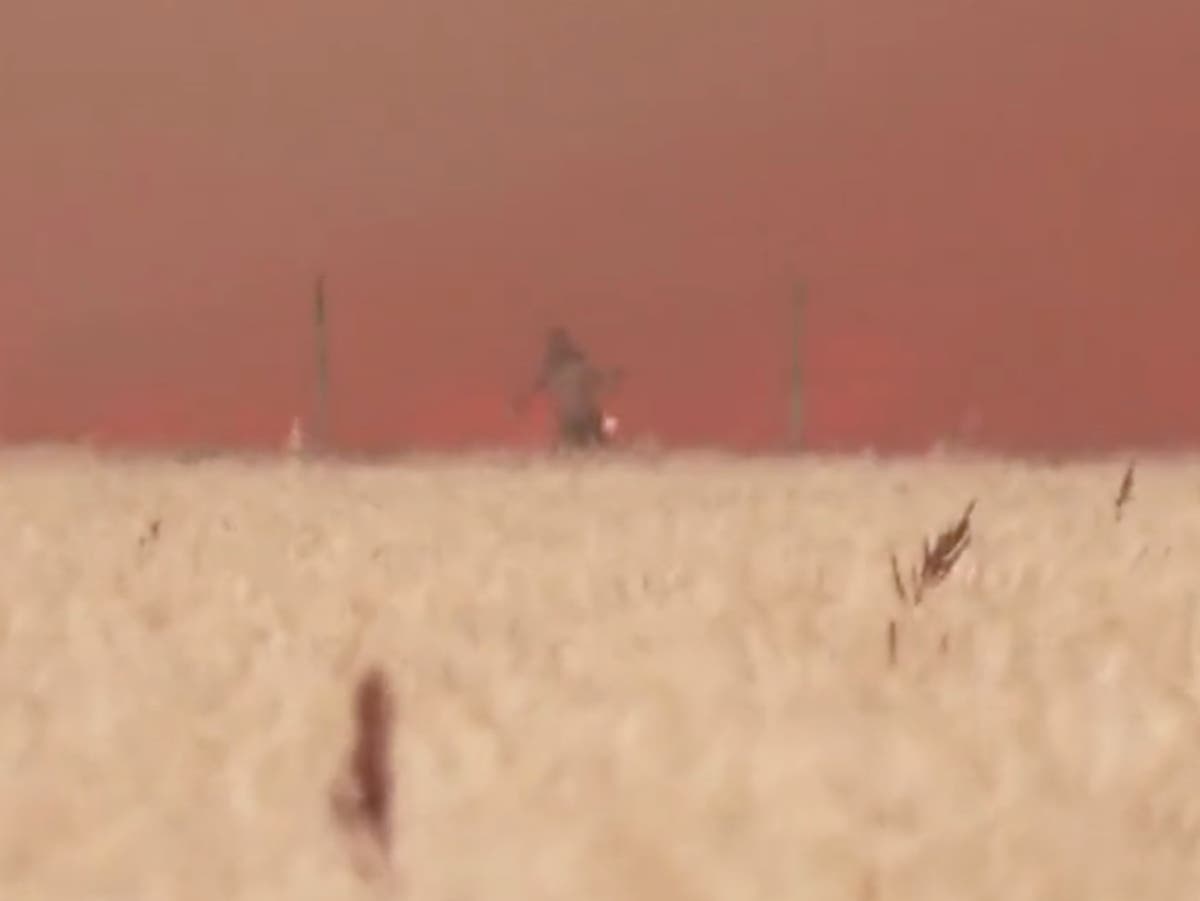 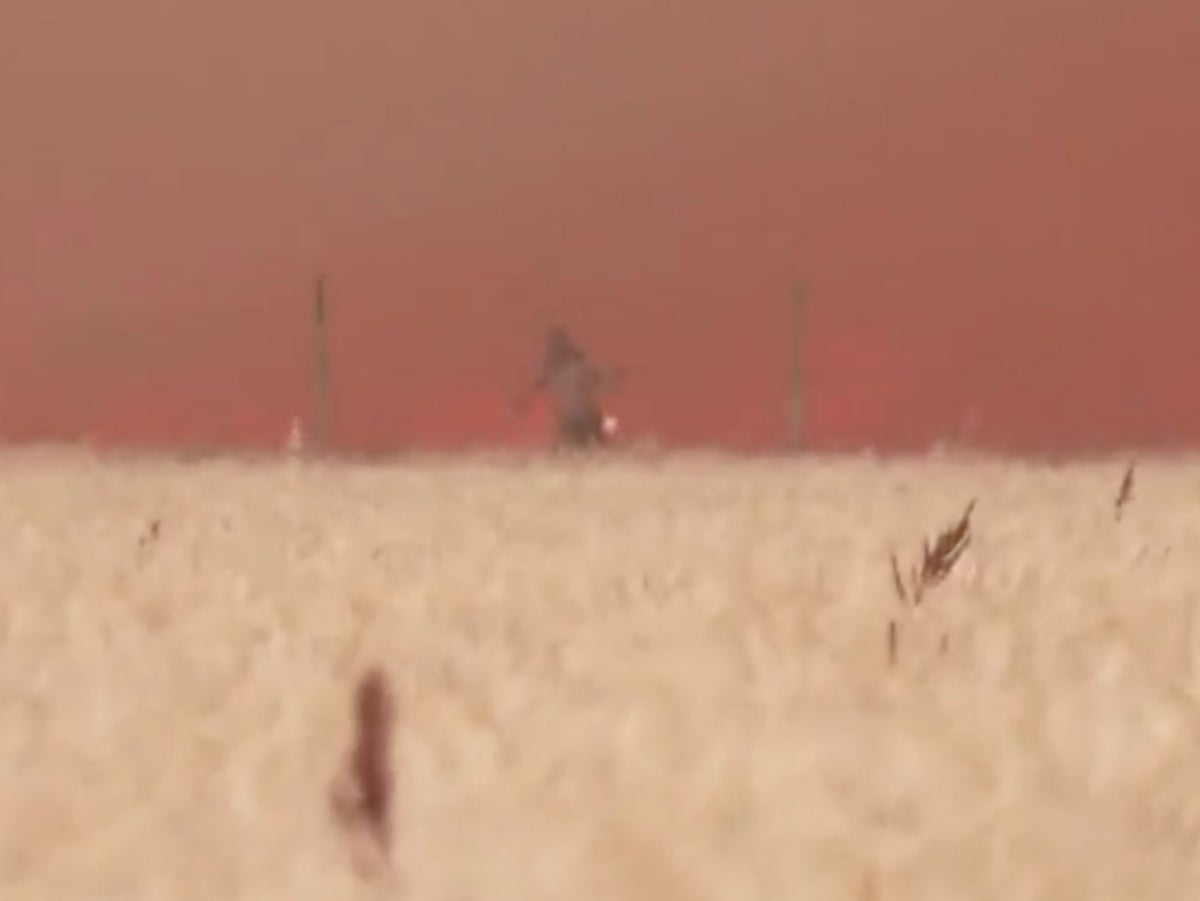 A man is being treated for severe burns after he made a dramatic escape from a fierce bushfire that saw him engulfed in a field of flames.

Ángel Martín Arjona was digging a ditch in an attempt to prevent the Locasio forest fire from reaching the town of Tábara in the Zamora region of northwestern Spain.

But, while driving the bulldozer in the field, he appears to have lost his way after his view of a possible escape route was obstructed by the massive fire surrounding him, as terrifying footage shared online shows.

For a moment, he and the vehicle disappear into the fire, but then the video shows Mr. Arjona, the owner of a construction warehouse, running out of the fire, briefly catching his breath, and then continuing to run for his life.

He stumbles to the ground, but quickly gets up again to keep running, feeling the flames on his pants.

Arjona suffered serious burns and was airlifted to the burn unit of the Río Hortega University Hospital in Valladolid, his friend, mechanic Juan Lozano, told the Reuters news agency.

“[The wildfire] It could have burned everything, absolutely everything. He didn’t do it because there are good professionals and people who have the balls to protect us,” Lozano said.

In the Zamora region, at least two people have died from forest fires. The body of a 69-year-old farmer was found Monday in the same mountainous area where a 62-year-old firefighter died the day before.

Across Western Europe, tracts of forest and residential areas have been destroyed by wildfires caused in part by heat waves.

In the last 10 days, the total area burned by forest fires in France, Spain and Portugal exceeds 40,000 hectares, according to the European Union. This is equivalent to at least 75 football fields.

On Tuesday, authorities said there was a “very extreme danger” of wildfires in France, Italy, Spain and the UK, according to heat maps distributed by the Copernicus Emergency Management Service.

Spanish Prime Minister Pedro Sánchez blamed climate change for the destruction, as the country has had more than 10 days of temperatures above 40°C.

He said on Monday during a visit to the Extremadura region: “Climate change kills. It kills people, it kills our ecosystems and biodiversity.”

Teresa Ribera, Spain’s minister for ecological transition, described her country as “literally under fire” when she attended the climate change talks in Berlin, and warned of “frightening prospects still for days to come”.

In Portugal, where the heat reached 47°C earlier this month, the bodies of an elderly couple were found inside a charred vehicle after they were involved in a car accident while trying to escape a forest fire in the northern municipality of Murça.

The mayor of Murça, Mario Artur Lopes, said the couple’s bodies were discovered around 4:30 p.m. on Monday, adding that “more than half of the municipality is on fire.”