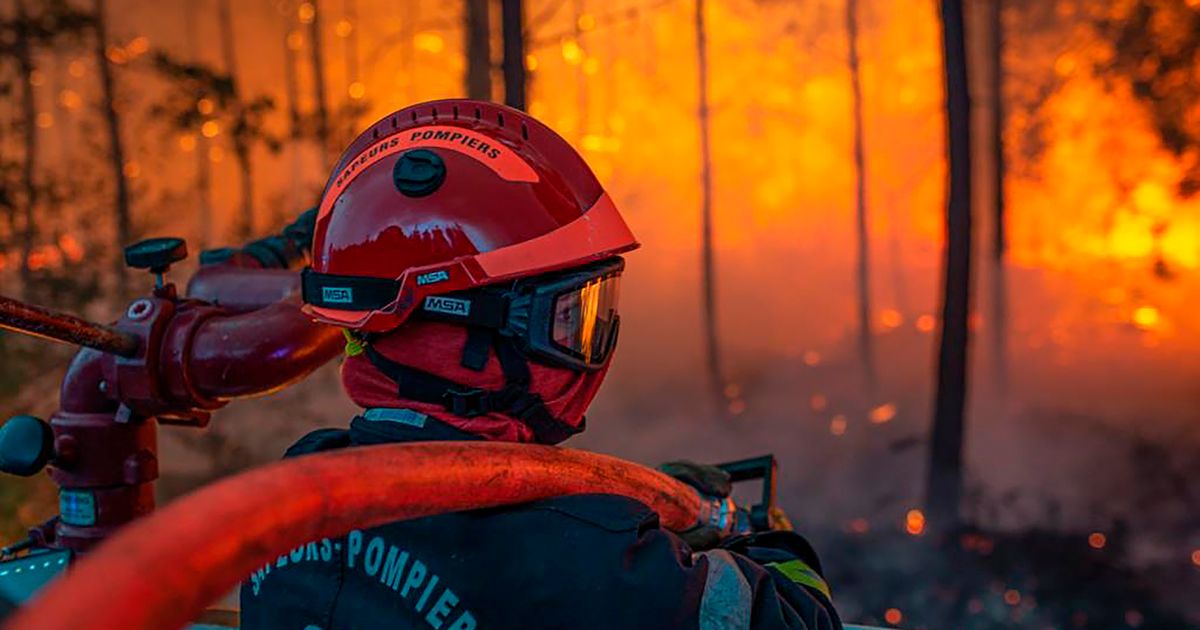 LA TESTE-DE-BUCH, France (AP) — French investigators investigating the suspected deliberate lighting of what has become a raging forest fire in the country’s southwest have detained a man for questioning, while firefighters and planes with water pumps they continued to fight Tuesday against the ferocious fire. calls

Two huge fires feeding on tinder-dry pine forests in the Gironde region have forced tens of thousands of people to flee their homes and summer vacation spots since they broke out on July 12.

One of the fires, south of Bordeaux, is suspected to have been started deliberately. A motorist told investigators he saw a vehicle speeding away from where the fire started on July 12. The motorist stopped and tried unsuccessfully to extinguish the flames, the Bordeaux prosecutor’s office said. Criminal investigators later found evidence pointing to possible arson, he said.

The man being held for questioning was taken into custody on Monday afternoon, the prosecutor’s office said in its statement. Investigations continue and witnesses are being heard, he said.

Bomber planes and more than 2,000 firefighters are working around the clock to contain that blaze and another raging blaze southwest of Bordeaux that investigators are treating as accidental. The flames have already burned 190 square kilometers (more than 70 square miles) of forest and vegetation, Gironde authorities said.

Thick clouds of smoke and the risk of flames spreading to buildings have forced more than 37,000 people to evacuate, including 16,000 on Monday alone, Gironde authorities said. A third, smaller fire broke out Monday night in the Medoc wine region north of Bordeaux, further straining regional firefighting resources.

Those evacuated on Monday included 74 residents of a retirement home, Gironde authorities said. The animals were also evacuated from a zoo. Five campsites burned down in the Atlantic coast beach area southwest of Bordeaux, around the Arcachon sea basin, famous for its oysters and spas.

But Tuesday’s weather forecasts offered some consolation, as temperatures from the heat wave dropped along the Atlantic coast and showers were expected later in the day.