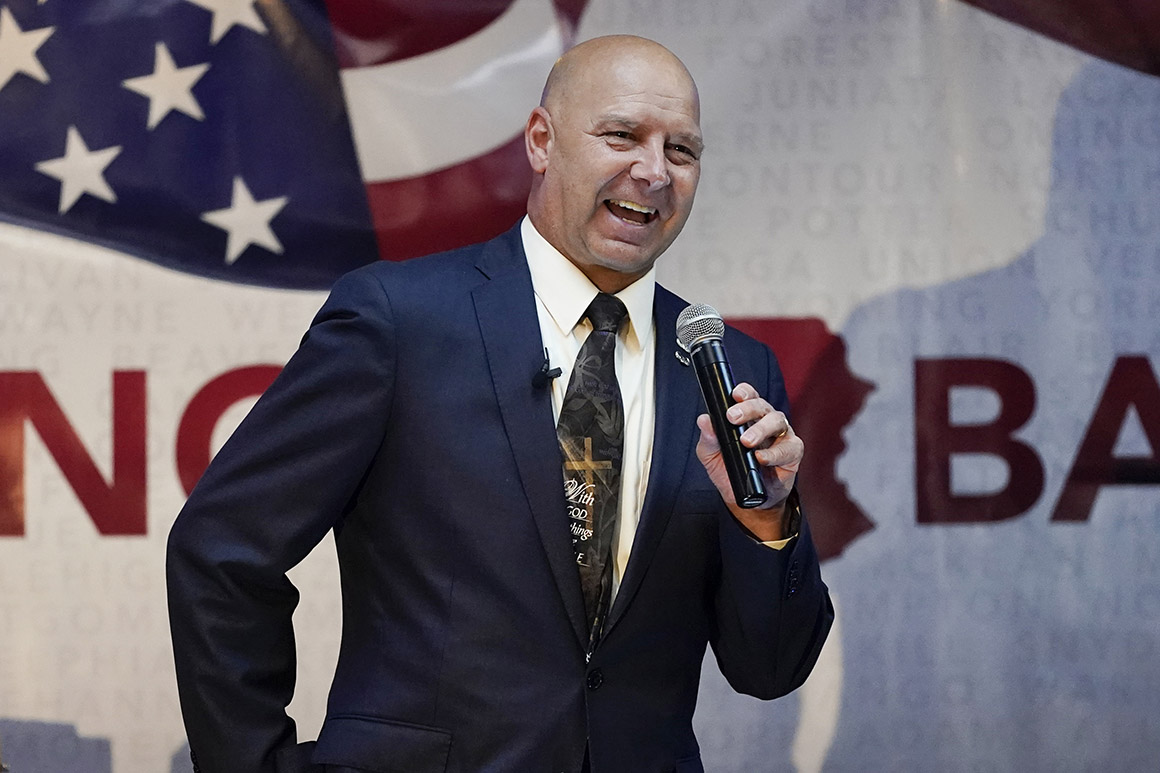 In the immediate aftermath of Pennsylvania’s messy gubernatorial primary, which included a failed last-minute attempt by the Republican establishment to stop Mastriano, many Democrats and Republicans in Pennsylvania thought the race was almost over. Attorney General Josh Shapiro, the Democratic nominee, is a top-notch fundraiser with a track record of winning tough races across the state. He walked out of the Democratic primary unscathed after clearing the field.

Mastriano, on the other hand, runs a very small campaign, regularly antagonizes members of his own party and is known for his far-right views on hot-button issues. On January 6, he chartered buses to the US Capitol, where he appears to have been part of a crowd that crossed the barricades. He does not believe in exceptions to the abortion ban. He has said that the state legislature has the power to appoint presidential electors and, as governor, he would have the power to “decertify” the voting machines. When Mastriano won a primary victory, many national Republicans kept their distance, privately assuming Shapiro would go to the governor’s mansion.

But as the political environment has worsened for Democrats across the country, the gubernatorial race in Pennsylvania has begun to look more competitive than the parties expected. Polls show Mastriano trailing Shapiro by only three or four percentage points, which is within the margin of error. Although many still have doubts about Mastriano’s ability to run a successful campaign, that has made Pennsylvania Republicans more optimistic and served as a wake-up call for Democrats, particularly after Roe vs. Wade being overturned.

“I have a feeling the race is too close, and there’s a very vocal group that Mastriano has behind him, and Shapiro has a lot of work to do,” said Pat Moulton, a retired nurse who attended a meeting. -and- greeted Shapiro in northeastern Pennsylvania last week. “As a Democrat, he is awfully close.”

Larry Ceisler, a Pennsylvania-based public affairs consultant who backs Shapiro, said the early polls are a blessing in disguise because they have made some Democrats realize Mastriano could win.

“Most people are in a little bubble, where they talk to each other and say, ‘Wow, there’s no way Doug Mastriano can beat Josh Shapiro.’ Well, you know what? Those people don’t come off the turnpike,” he said, referring to the interstate that runs through Pennsylvania. “Some people wake up thinking: This is a real campaign, and yes, there really are people who are for Doug Mastriano, and this is not going to be a walk in the park.”

Some power players in the Pennsylvania Republican Party, suddenly feeling more positive, have privately and publicly encouraged the Republican Governors Association to take another look at Mastriano and consider helping him financially. After Mastriano’s victory in the spring, the RGA released a statement suggesting the group would stay out of the race for the time being, although it did leave the door open to change course if the competition was shut down.

“Pennsylvania is a pivotal state. He’s going to play a prominent role in the 2024 election,” said Charlie Gerow, a Republican strategist who ran against Mastriano in this year’s gubernatorial primary. “For them, not being involved here would be a dereliction of duty.”

Mastriano, who has at times been as critical of established Republicans as he is of the Democratic Party, is making a renewed effort to lure rich taxpayers out of the RGA. He is attending a private donor retreat hosted by the organization this week in Aspen, where he is scheduled to speak Tuesday along with other gubernatorial candidates, a source familiar with his plans told POLITICO. (An RGA spokesman said all Republican gubernatorial candidates were invited.)

Mastriano also attended a Pennsylvania Republican Party meeting over the weekend, where he spoke about unity, according to people present. The event was closed to the press.

Though most GOP members in the state think unlikely in the immediate future, an infusion of cash from the RGA could seriously change the race. Shapiro has $13.4 million in the bank, compared to $400,000 for Mastriano, according to the most recent campaign finance reports. Mastriano has not aired any television commercials in the general election, while Shapiro has flooded the airwaves with attacking ads calling his opponent “too extreme” on abortion and other issues.

Asked if the RGA will get involved in the Pennsylvania gubernatorial race, spokesman Chris Gustafson said the group “will continue to closely monitor the race as voters learn more about Shapiro’s extreme positions that would leave the community worse off.”

Arizona Gov. Doug Ducey, co-chairman of the RGA, also did not commit to Mastriano in an interview on CNN’s “State of the Union” on Sunday: “Nov. 8 is too far. So we’ll be looking at this map. We will be looking at the resources we have. And we don’t know what September and October will bring us.”

The Mastriano campaign, which has repeatedly refused to speak to the mainstream media, did not provide comment for this story.

At a recent gathering of a few dozen people in Pike County, northeastern Pennsylvania, Shapiro said he understood how much is at stake in the gubernatorial race. He told the crowd that “my wife told me before, with a finger in my chest, ‘You better win.’ … I feel that, I do. I feel like it’s more than just, ‘Hey, good luck out there. There’s an urgency when you stick your fingers in my chest.”

In an interview, Shapiro said he has seen a difference on the campaign trail in Democratic voter enthusiasm, especially since the Supreme Court struck down the constitutional right to abortion in Dobbs v Jackson Women’s Health Organization.

“What’s changed, after Dobbs, is that we went from maybe having a theoretical conversation about what it means to be for or against the election to one that is now very real and concrete,” Shapiro said. “People understand that the next governor will be the one to determine whether or not a woman can still get an abortion here in Pennsylvania.”

Shapiro has made abortion rights a central element of his campaign, harnessing it in television ads and speeches. At the same time, he has prioritized efforts to win over both Republican voters and names in bold, some of whom want abortion to be legal. Earlier this month, Shapiro submitted endorsements from nine current and former Republican party and elected officials. He has courted Republican donors and campaigned in red counties as well.

At the event in Pike County, which voted for former President Donald Trump in 2020 by 19 percentage points, a Republican councilman, Doug Manion, introduced Shapiro to the audience. Michael Chertoff, former Secretary of Homeland Security under former President George W. Bush, was also in the crowd.

“I think he stands for the values ​​of the rule of law, our constitution, and freedom and democracy, which are the foundation of our nation,” Chertoff told POLITICO.

Although some in the Republican establishment are more optimistic about Mastriano’s chances than they were in the spring, others who support him still have their doubts.

“I would like to see traditional fundraising,” said Matthew Wolfe, a Republican activist from Pennsylvania who attended the party’s statewide meeting over the weekend. “I’d like to see you hire some TV business consultant I’ve heard of before. I would like to see a strategy on social media other than putting up what seem to me to be impromptu videos that are mostly viewed by people who have already made up their minds.”

Wolfe added that at the meeting, while most people on the state committee supported Mastriano’s opponents in the primaries, they have come to support his candidacy. “There was absolutely no evidence that I saw, no one that I talked to that said, ‘Gee, I can’t believe we’re loaded with this Mastriano guy,'” Wolfe said.

Shapiro’s aides and allies express optimism, arguing that the gubernatorial race was always going to be close in this ever-changing state. They believe that Mastriano has artificially high favorability ratings, which will drop as the negative ads against him increase.

An internal Democratic poll shared with POLITICO showed Mastriano’s favorable-unfavorable rating fell from 24-29 in early May to 33-46 in early July, a drop of 8 points. Shapiro’s rating went from 43-31 to 52-29 in the same poll.

“I’m not worried about it at all,” Pennsylvania state representative Malcolm Kenyatta said of recent polling. “People don’t know [Mastriano] that good at all. Even his unfavorable among Democrats… it’s like 78 percent. That’s ridiculous. That will be 100 percent.”