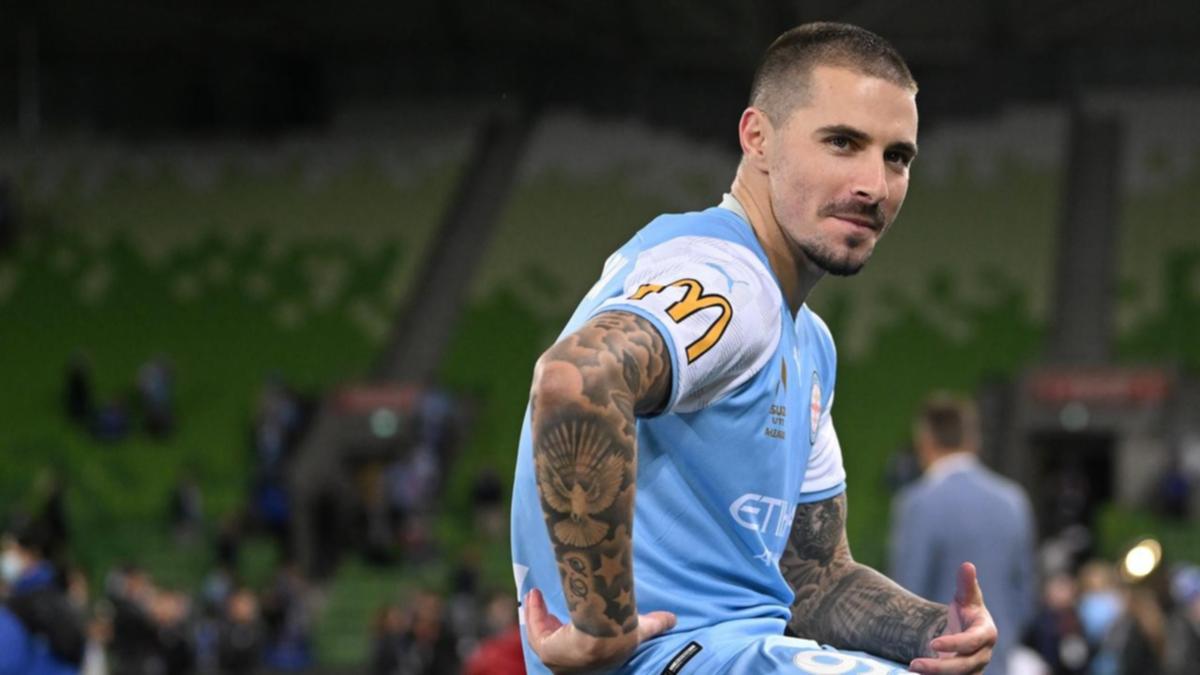 Jamie Maclaren’s only experience of A-League Men’s Grand Final glory so far is sitting in hotel quarantine watching his Melbourne City teammates lift the trophy from afar, and it’s something Socceroo is determined to do. change.

The striker booked another chance on the big stage by scoring an extra-time winner in City’s 2-1 semi-final second leg victory over Adelaide on Sunday, securing a place in the grand final against Western United. at AAMI Park next Saturday.

“It’s special. Obviously playing a grand final is the biggest thing you can do in the A-League and I missed last year sitting in the hotel watching both the semi-final and the grand final,” Maclaren told reporters.

“So it’s going to be good and something we’ve earned throughout the year, we guys missed it and we can’t wait for this week.”

City are bidding to become the first ALM team to complete back-to-back premiership and championship doubles in the opening Victorian league decider.

Maclaren will also have to overcome a former mentor.

John Aloisi coached the Brisbane Roar when Maclaren was their star striker and has Western United unbeaten in three meetings with City this season.

“Obviously I’ve worked very well with Johnny. He sets up his team very well up front and back and there have been some tough games this year. There’s no question about it,” Maclaren said.

“They are very structured in the back, very difficult to break.

“But in a big final, whoever takes the risk will win the game and I think we have enough quality in our front third.”

Maclaren did not score in City’s 2019–20 grand final loss to Sydney FC, but said he had learned from the experience.

“Just try to enjoy that moment. You have worked very hard to get to the top, which is a great final,” he said.

“You also have to realize that in some of these games, big moments are happening and I think once a big moment comes, if it comes down on me, then I have to be on my toes and ready for it to happen.”

“All in all, the occasion is going to be great. It’s a Melbourne final and being a proud Melbourne boy, it’s really nice to see two quality Melbourne teams (in the decider).”