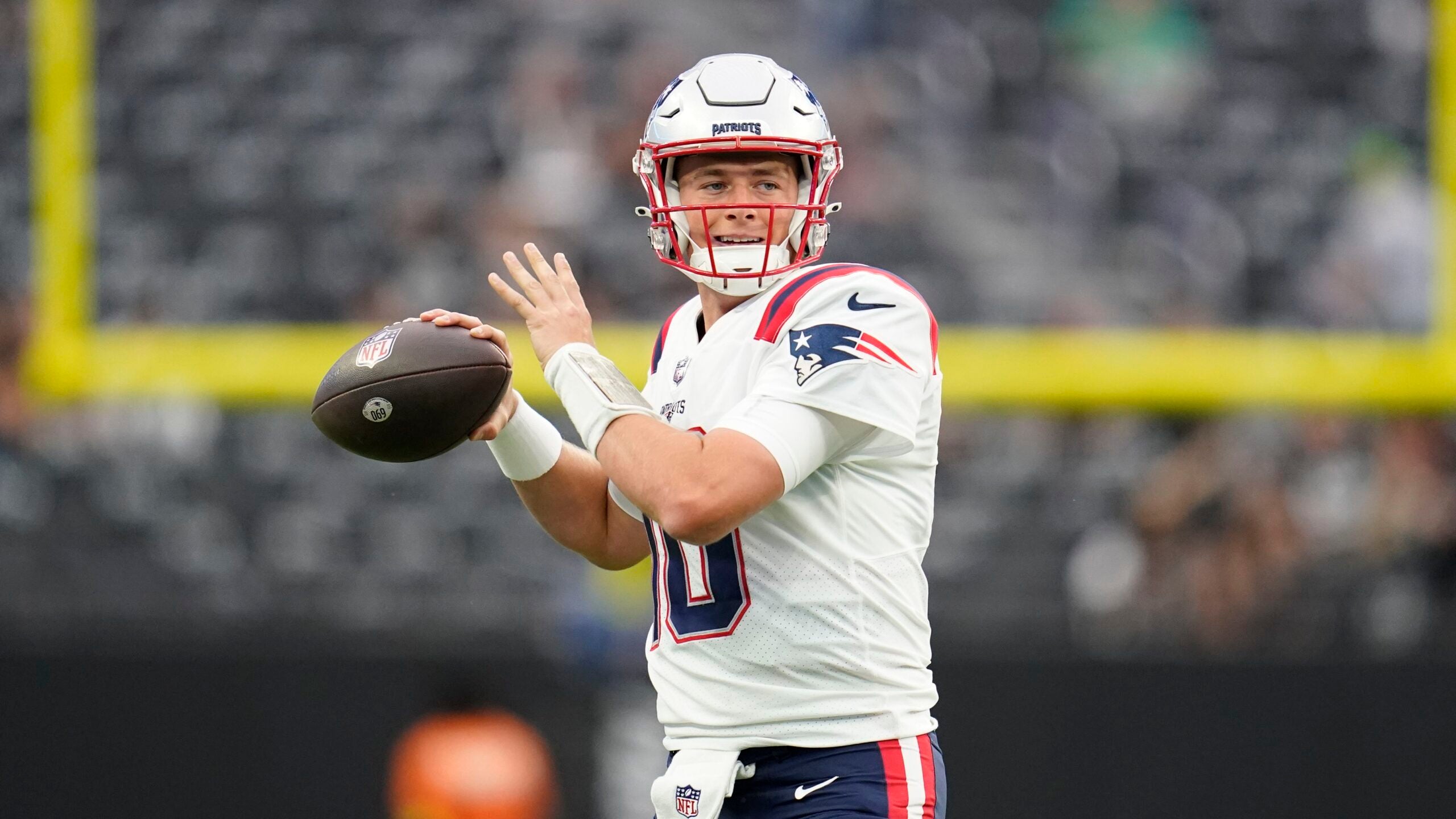 In the run-up to the 2021 NFL Draft, multiple analysts and scouts compared Mac Jones to Tom Brady.

With an NFL season under his belt, Jones still draws comparisons to Brady, and not just because he also plays quarterback for the Patriots. Troy Aikman, a member of the Pro Football Hall of Fame and “Monday Night Football” analyst, told ESPN’s Mike Reiss that Jones has something in common with one of the greatest players of all time.

“I like Mac Jones; I really do. I think he has everything you need to win in the NFL. he looks a lot like tom [Brady] in that way, which hasn’t been a surprise as to why he ended up in New England,” Aikman told Reiss.

Aikman’s quote to Reiss isn’t the first time he has heaped praise on Jones. In the midst of the Patriots’ seven-game victory during Jones’ rookie season, Aikman said during a game he called between New England and Atlanta that Bill Belichick has his “new sign for the next 15, 18 years.”

“Yeah, he does an excellent job for a young player of getting through his progressions,” Aikman said of Jones during Fox’s telecast of last November’s Patriots-Falcons game. “And a lot of times, you can trick a young quarterback and give him a different look and when you look at a young guy, there’s more than one time in a ball game where you say, ‘I don’t know about that pitch,’ but not with Mac Jones. I mean, he sees it very well.

“You can tell he was very well trained. I think we talked about that last week, Joe. [Buck]. Steve Sarkisian, who had been the coordinator there at Alabama before taking over as head coach at the University of Texas, did a really good job with a lot of these receivers. And it’s obvious that he did the same thing here with Mac Jones because he just plays past his age to be so early in his career.”

A large part of Jones’ rookie season coaching staff is no longer in New England. Offensive coordinator Josh McDaniels left his position with the Patriots to become the Raiders’ head coach. New England never named a replacement, Matt Patricia appeared to be the offensive playcaller while Joe Judge was hired to be the quarterbacks coach.

Aikman expressed some concern for Jones and the Patriots to Reiss over McDaniels’ departure, but he was also confident that Belichick might be the right person to steer the ship after losing an offensive coordinator.

“I will say, and Bill knows this, I think offensive coordinator is the hardest job in football,” Aikman said. “I think it is the most demanding job. They are hard to find. There aren’t many great ones. There are a lot of them that have titles, but there aren’t a lot of great offensive minds.

“I had the opportunity to play for a couple of the best that have done it [Ernie Zampese, Norv Turner]. Man, when you get that player and they’re in sync with the quarterback, it’s like being in sync with a dance partner. It is the greatest feeling in the world. So I think they’re going to miss Josh. Maybe they already do. But if anyone can top that, it’s obviously Bill. He is the best that has ever done it.”

Early results haven’t been very promising for Jones and the Patriots’ offense in the post-McDaniels era. New England struggled to move the ball with its starters on the field competing against Carolina and the Las Vegas alternates in two preseason games, scoring just twice in seven series. The Patriots also struggled offensively for much of training camp.

Aikman acknowledged that the change could be uncomfortable for Jones.

“He and Josh seemed like they had a really great relationship,” Aikman told Reiss. “And that becomes difficult because a lot of things happen within a game, within a practice; there’s frustration, the quarterback is taking the heat, they’re not doing this: having a guy you can really trust, there’s a lot to that relationship that doesn’t show up on a stat sheet or even on game day. It’s going to be a difficult position to fill and a difficult position for Mac to feel comfortable in.”

Jones was arguably the best rookie quarterback last season while working under McDaniels, throwing for 3,801 yards, 22 touchdowns and a 92.5 passer rating, which were the best among first-year quarterbacks.

Year 2 for Jones officially begins a week to the day on Sunday when he and the Patriots head to South Beach to take on the Dolphins in the regular season opener.

Get breaking news and analysis delivered to your inbox throughout the football season.