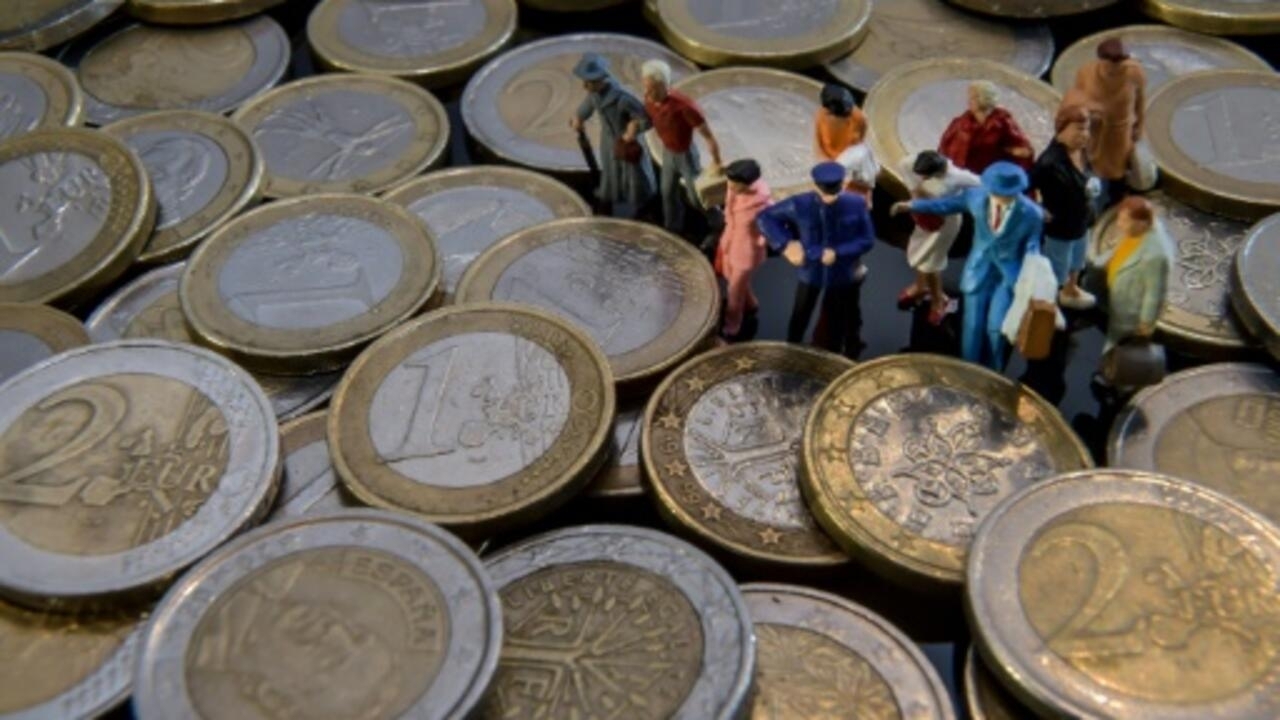 Income growth has stalled as prices for essential goods and energy rise. New figures from the National Institute of Statistics and Economic Studies of France (Insee) indicate that France could be entering a period of stagflation.

Rising prices and weak economic growth could create the ideal circumstances in France for stagflation, some analysts warn. The combination of inflation and stagnation is an economic contradiction that risks undermining the quality of life for many in France. While slow growth typically means rising unemployment that lowers purchasing power, rising prices mean that the money consumers hold begins to lose value.

A comparable economic situation has not been seen in France since the 1980s: inflation rose again in April to 4.8%, according to initial estimates published on April 29 by Insee. Inflation hit 7.5% in the same month across the eurozone, the highest rate since the common European currency was introduced.

“Inflation is essentially due to increases in energy prices,” Thierry Breton, the European commissioner for the internal market, said in an interview with France Inter radio on Saturday.

The commodity and agricultural price increases were set in motion as the global economy resumed after the initial phases of the Covid-19 pandemic and then accelerated due to the war in Ukraine. Supply chain disruptions in China, exacerbated by Beijing’s zero-Covid strategy, are also driving up prices.

“In France and in all European countries, spending on transport and energy has become a huge burden on household budgets,” economist Stéphanie Villers told FRANCE 24. “The initial effect of this is a reduction in the consumption in the first quarter. Households are being cautious, as they understand that price increases are going to affect their purchasing power, but household spending is the main engine of economic growth”.

>> Thousands of May Day protesters increase pressure on Macron

Insee data shows French household spending fell 1.3% in March, correlated with a first quarter in which gross domestic product stagnated. In the eurozone, GDP increased by just 0.2% in the first quarter, while in the US it fell slightly. After a euphoric post-pandemic rebound in 2021, global economic growth has slowed.

What are the economic challenges facing Macron in his second term?

‘The first signs’ of stagflation

“If the upward trend in prices continues, [stagflation] it’s a risk Now we could be seeing the first signs,” said Villers.

To be officially classified as stagflation, the combination of inflation and stagnation must last “at least” several quarters, Pierre Jaillet, a researcher at the Jaques Delors Institute think tank, told AFP. France calculates its annual financial cycle in quarters rather than the four quarters used in Britain and the United States.

As such, it is too early to say whether France is headed for stagflation similar to that experienced in the 1970s following two global oil shocks.

“One question that is being asked now is how much will the future government take into account this loss of purchasing power,” Jaillet said.

Furthermore, these new economic risks come hand in hand with the generous financial aid packages offered to many in France during the economic uncertainties of the pandemic.

Some economic indicators suggest there is reason for cautious optimism. Despite the general slowdown, business investments in France still grew in the first quarter. Unemployment rates also fell to 5.3% among active job seekers.

However, the fall in the unemployment rate in France has now “probably reached the limit”, says Villers. “Businesses are facing rising production costs and spending for essential materials. They are seeing an accumulation of negative financial signals. Therefore, we cannot expect further reductions in the unemployment rate in the coming quarters.”

Prices are likely to continue rising for the foreseeable future, according to a report published by the World Bank on Tuesday. “The war in Ukraine has caused a major shock to commodity markets, altering global patterns of trade, production and consumption in ways that will keep prices at historically high levels until the end of 2024,” he said.

“It is difficult to know how long this pressure on prices that is affecting all goods and services will continue,” Villers said. “It really depends on how long the conflict in Ukraine lasts.”

So how can France and other countries avoid falling into a vicious cycle of stagflation? There is no simple answer for central banks, which have two main levers to reduce inflation: by reducing the assets they buy, which limits the amount of liquidity in the market to avoid stimulating inflation (known as quantitative tightening), or by raising your interest rates. .

“The risk of this strategy is that it will be more difficult to obtain loans. This could reduce consumption and therefore growth, which is no longer in the best state,” explained FRANCE 24 economics reporter Joanna Sitruk.

The president of the European Central Bank (ECB), Christine Lagarde, raised this Wednesday the possibility of raising interest rates this summer if inflation continues at the current rate. “The ECB’s goal is to create price stability,” said Lagarde, a former French finance minister.

The ECB in March ended its emergency program aimed at supporting the economy during the Covid-19 crisis and declared that it would reassess its purchase of net assets from July. The result, he hopes, will be to keep prices under control while waiting for better days.

This article has been adapted from the French original.