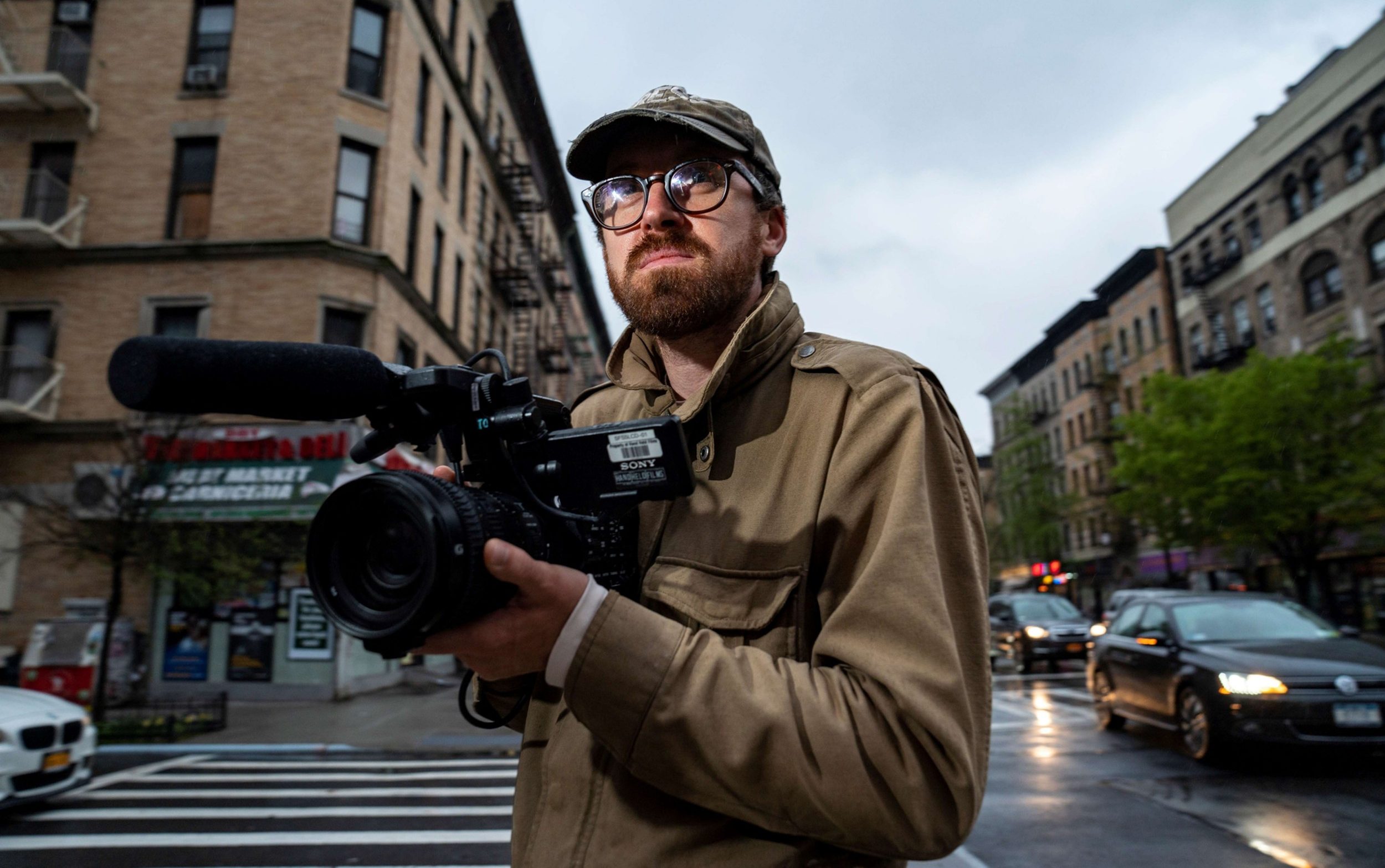 How with John Wilson (BBC Two) is a rarity. It’s on the BBC so I assumed it would be hosted by the excellent Radio 4 broadcaster of that name. But no, the series is American (purchased from HBO) and this John Wilson is a restless New Yorker making handheld documentaries in a style somewhere between Louis Theroux, Woody Allen and an episode of You’ve Been Framed.

The tone is offbeat with a hipster aesthetic. Each episode tackles a topic: the first is How to Make Small Talk, the second is How to Put Up Scaffolding. Later in the series, we’ll get How to Improve Your Memory and How to Cook the Perfect Risotto. But this is a kind of comedy show, so the intention is not really to tell us how to do those things, but to take us on a meandering journey illustrated by random shots of people on the street and filmed encounters with strangers. It’s social anthropology, the study of life in a big city, with Wilson narrating it all in an awkward, hesitant voiceover.

Wilson is willing to go where the conversation takes him. In How To Make Small Talk, he poses the question, “Do you think humanity is going to come back?” to a man outside a Wrestlemania event, who then invites him to his home in Pennsylvania to learn more about his job: busting Internet pedophiles by posing as a teenage girl.

Thinking that going on vacation will provide “ammunition for a year’s worth of hookups,” Wilson books a trip to Cancun. He claims to be surprised that the hotel is hosting an MTV Spring Break party, then strikes up something of a friendship with another man who is there alone. For the scaffolding episode, a topic that interests him because Manhattan is covered in stuff, he travels to a scaffolding convention in New Orleans. The randomness of it all is quite amusing, and the episodes are an easily digestible half hour.

In the US, the show garnered rave reviews and became a cult hit for HBO, but there’s a fake naivete on display that got me thinking. The premise is that Wilson, billed as writer, director and executive producer, is a man trying to make sense of the world by adventuring with his camera. However, the show is actually the scripted product of a comedy writers room, which takes some of the charm out of it.