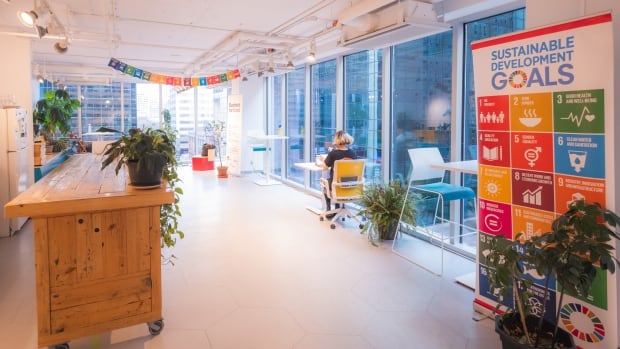 Some Ottawa nonprofits say they survived major financial hits, depleted resources and dwindling numbers of volunteers as a “forgotten” sector during the COVID-19 pandemic, but local community support is what kept them afloat.

“The nonprofit sector is often forgotten, and then being an indigenous nonprofit within that sector, you are even more forgotten,” said Gabrielle Fayant, co-founder and contributor to Assembly of Seven Generations (A7G) , a young woman. Directed non-profit organization that supports indigenous youth.

“The last two years for A7G have been a rollercoaster ride.”

Without a central funding source, Fayant said the group is often underfunded and reliant on its volunteers.

During the pandemic, the number of volunteers decreased and the challenges increased as indigenous youth needed more mental health resources, medications and other essentials.

It is constantly costing us a town to stay afloat.– Gwen Madiba, Equal Opportunity

The A7G team had to step up to make sure the indigenous youth who depended on them were not left behind.

“It was very stressful,” Fayant said, describing the wait for the funding to come through.

“You don’t have time to wait until you get a government grant or funding. You just have to act because people’s lives are at stake.”

And that’s what A7G did. The team made sure their programs were carried out, from providing care packages, groceries and medicine, rental support, crisis intervention and education on land outdoors when restrictions weren’t so tight, thanks to that the team put in additional hours and reached their own pockets.

“It was mostly on our shoulders,” Fayant said. “We are always forgotten and just working with real peanuts.”

On the other hand, Fayant said he has seen some of the “most beautiful things” that come out of hardship, from local businesses and groups that support them and lend a hand, to the creativity and community love that comes from the young people who they support.

“We are very grateful just for the local community. Without them, we would not have been able to survive.”

Gwen Madiba, founder of Equal Chance, which supports vulnerable members of the low-income or homeless black community, said the group had to reorganize, replan and rethink its offerings.

“All of our programs were affected,” Madiba said, from his food safety program to his headset initiative for homeschoolers.

“The beginning was very hard. We hardly received donations.”

The organization also struggled to receive funding after applying, and was sometimes told it didn’t qualify for certain programs, so the team had to come up with innovative ways to raise money and even approached ministers for help. . Staff had to work overtime, Madiba added.

“You can’t drop them while the world was also dropping them,” he said. “Sometimes we are forgotten, but we, on the other end, cannot forget the people we started our organization for.”

What saved his programs, however, was the solidarity of the Ottawa community, Madiba said.

“I mean everyone. Allies, Black, Indigenous, other people from BIPOC who just showed up at the office with canned food…and that really helped us keep our food program going, for example.”

“The Ottawa community really showed up,” he said. “It constantly costs us a town to stay afloat.”

Meanwhile, for nonprofits like Impact Hub Ottawa, primarily an in-person co-working space for nonprofits and social entrepreneurs, the impact of COVID-19 was felt immediately.

“Before COVID hit, we were maxed out on our physical space,” said Elizabeth Cleland, CEO of Impact Hub Ottawa.

Relying heavily on revenue from its office space and the memberships of people to use the space, the financial hit was substantial, Cleland explained.

Although she is grateful to have access to salary subsidy programs and other help, Cleland said “it’s still not enough” and it’s a challenge for a small team.

The center was also closed for about half the time since March 2020 due to closures and public health regulations, so the organization had to find ways to go virtual.

Cleland said that thanks to the agility of his team, the organization organized more than 100 events and meetings online, with more than 1,000 people during the pandemic.

“That really allowed our members to connect,” he said.