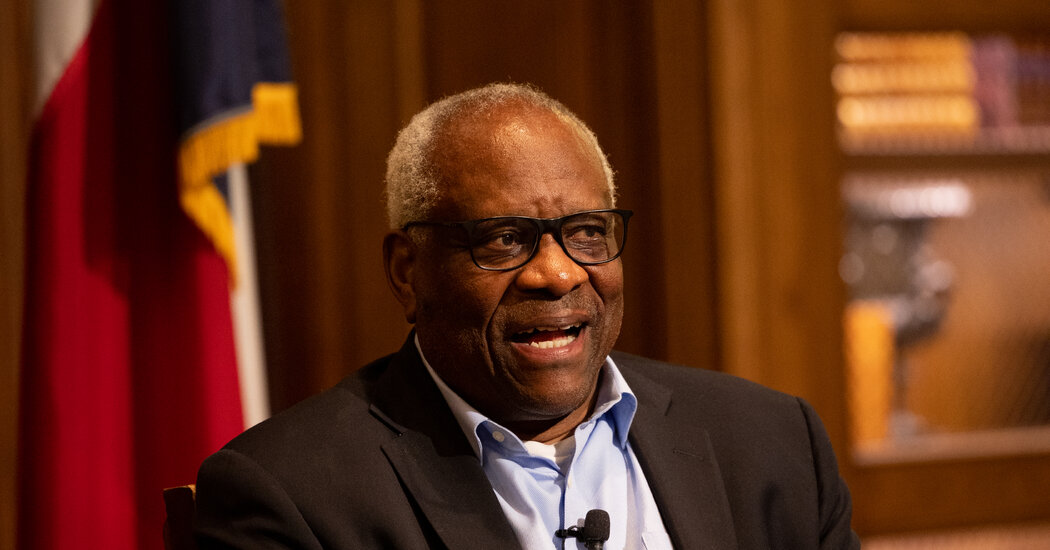 WASHINGTON — The Supreme Court on Thursday struck down a New York law that placed strict limits on carrying guns outside the home, saying it contradicted the Second Amendment.

The ruling was only the court’s second major statement on the scope of the individual constitutional right to keep and bear arms and the first on how the right to firearms is applied in public places. The decision has far-reaching implications, particularly in cities that had tried to tackle gun crime by placing restrictions on who can carry them.

The ruling comes after a series of mass shootings reinvigorated the debate over gun control. The Senate is close to passing a bipartisan package of gun safety measures, an important step toward ending a year-long deadlock in Congress.

The vote was 6-3, with the three liberal members of the court disagreeing.

New York law requires people seeking a license to carry a firearm outside of their homes to show “good cause.” California, Hawaii, Maryland, Massachusetts, New Jersey and Rhode Island have similar laws, according to briefs filed in the case.

Two men who were denied the licenses they sought in New York sued, saying “the state makes it virtually impossible for the ordinary, law-abiding citizen to obtain a license.”

The men, Robert Nash and Brandon Koch, were allowed to carry weapons for target practice and hunting far from populated areas, state officials told the Supreme Court, and Koch was allowed to carry a gun to and from work. .

“Nash and Koch did not receive unrestricted licenses because neither demonstrated a nonspeculative need to carry a gun in virtually any public place,” New York Attorney General Barbara D. Underwood told judges in a brief.

In 2008, in District of Columbia v. Heller, the Supreme Court recognized the individual right to keep weapons in the home for self-defense. Since then, he has been almost silent on the scope of Second Amendment rights.

But they were divided on the question raised by the New York case: whether states can stop law-abiding citizens from carrying guns outside their homes for self-defense unless they can convince authorities they have a good reason to do it.

Last year, for example, the US Court of Appeals for the 9th Circuit in San Francisco upheld Hawaii’s law with a 7-4 vote.

“Our review of more than 700 years of English and American legal history reveals a strong theme: Government has the power to regulate guns in the public square,” Judge Jay S. Bybee, an appointee of President George W. Bush, wrote. , for the majority.

The court’s reluctance to hear Second Amendment cases has changed as its membership has shifted to the right in recent years. All three of President Donald J. Trump’s appointees, Justices Neil M. Gorsuch, Brett M. Kavanaugh and Amy Coney Barrett, have all voiced support for the right to bear arms.

And more conservative members of the Supreme Court have long deplored the court’s reluctance to explore the meaning and scope of the Second Amendment.

In 2017, Justice Clarence Thomas wrote that he had detected “a worrying trend: the treatment of the Second Amendment as an disadvantaged right.”

“For those of us who toil in marble hallways, constantly guarded by a vigilant and dedicated police force, Second Amendment guarantees may seem antiquated and superfluous,” Justice Thomas wrote. “But the framers made a clear choice: They reserved for all Americans the right to bear arms for self-defense.”

In 2019, shortly after Judge Kavanaugh’s arrival, the court agreed to hear a challenge to a New York City gun regulation that allowed residents to keep guns in their homes to take to one of seven shooting ranges in New York City. the city. But he prohibited them from taking their weapons to second homes and shooting ranges outside the city, even when the weapons were unloaded and locked in separate containers from ammunition.

After the court granted review, the city struck down the regulation, and the court ultimately dismissed the case as moot. In a concurring opinion, Justice Kavanaugh wrote that he was concerned that lower courts were not sensitive enough to Second Amendment rights. “The court should address that issue soon,” he wrote.

In June, however, the court rejected about 10 appeals in Second Amendment cases. Given that only four votes are needed to grant review, there is good reason to think that the conservative wing of the court, which at the time had five members, was not sure it could get Chief Justice John G. Roberts’ vote. jr.

The arrival of Judge Barrett changed that calculus. Six months after she joined the court, she agreed to hear the New York case, New York State Rifle & Pistol Association v. Bruen, No. 20-843.