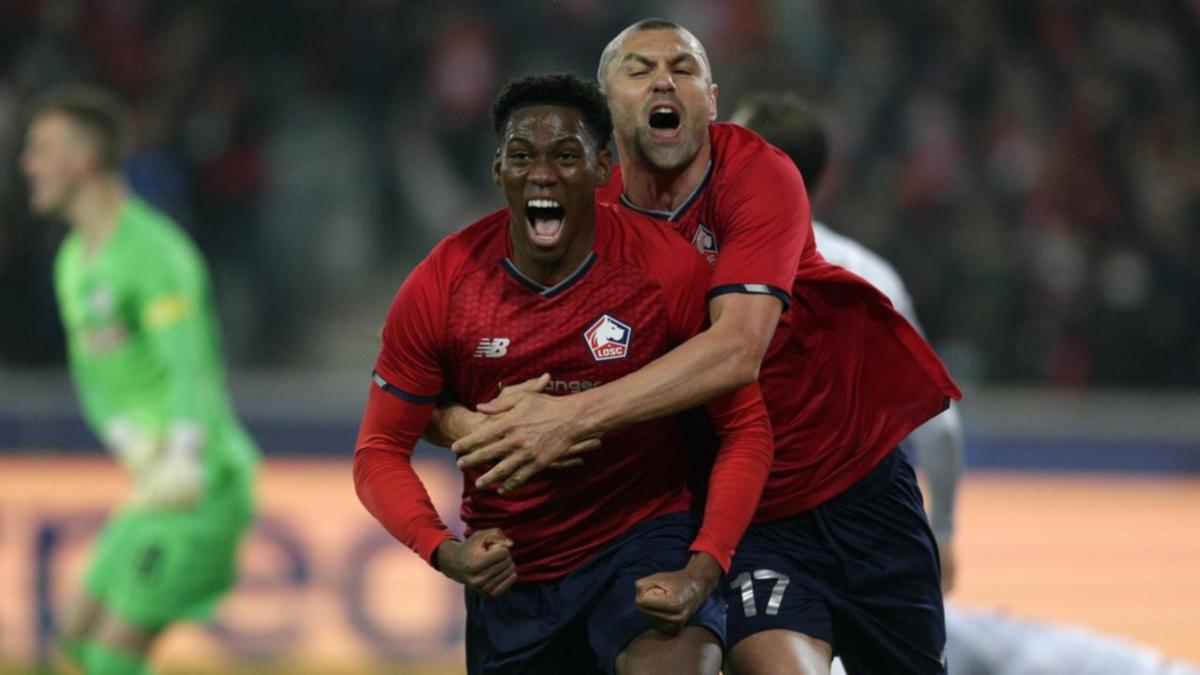 Montpellier, already struggling with 11 players, was undone by Valere Germain’s dismissal just before half-time and fell 3-1 at home to Lille in Ligue 1.

Exhausted by injuries and suspensions, Montpellier struggled during the first half at Stade La Mosson but were lucky to open the scoring against the course of play after 20 minutes through Elye Wahi on Sunday.

Before that, Lille hit the woodwork twice and dominated proceedings. The northern team kept pushing and earned a deserved equalizer four minutes before half-time when Canadian striker Jonathan David converted a Remy Cabella assist into the far corner.

The turning point came in first-half added time when Germain received a straight red card for a reckless foul from behind on substitute Adam Ounas.

As a result, the second half was even more lopsided. Lille monopolized the ball and turned their dominance into a second goal in the 57th minute, with Cabella delivering another decisive pass to Angel Gomes. David then completed a double in added time with an angled left-footed shot, bringing his tally for the season to four.

Openda’s equalizer in the 1-1 draw at Reims came with nine minutes remaining after Folarin Balogun put the hosts ahead in the 70th minute.

Breel Embolo scored the only goal in a game rarely seen as Monaco returned to winning ways with a 1-0 victory over local rivals Nice.

Swiss international Embolo beat Nice goalkeeper Kasper Schmeichel in the 69th minute with a fine header to seal Monaco’s second win of the season. The team from the Principality rose to tenth, three points above Nice.