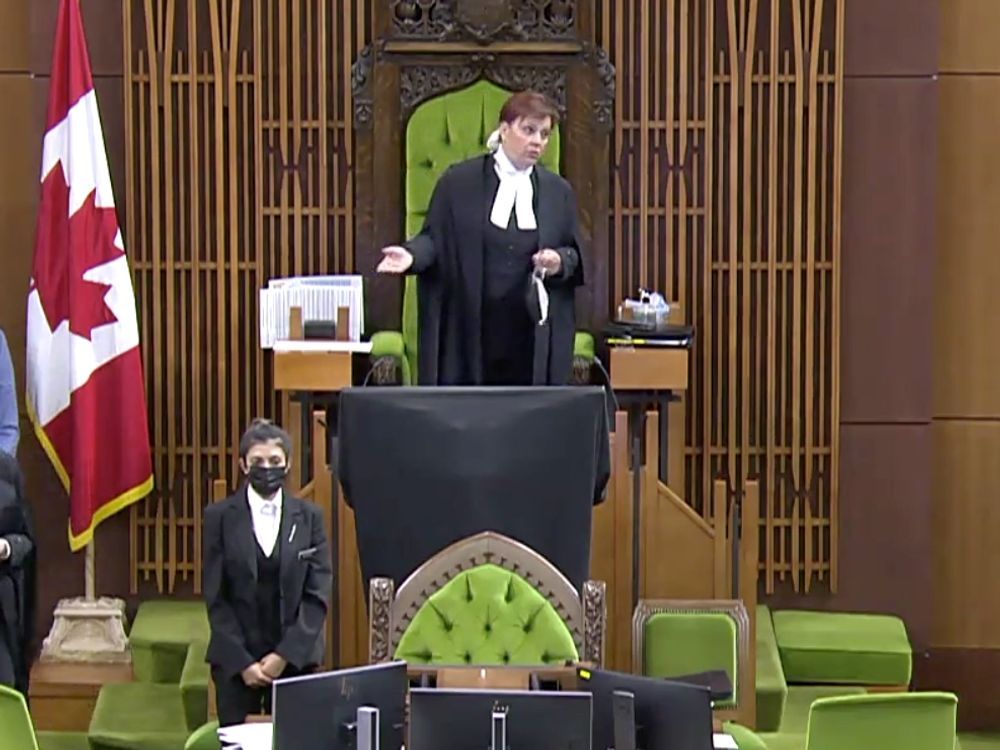 OTTAWA – MPs were once again warned on Friday to keep their calls for nature and the call for democracy separate after a Liberal MP was forced to apologize for taking the House of Commons into the bathroom with him at via Zoom.

One would think that after two years of virtual parliament, MPs would know not to take their recording devices with cameras on to the bathroom while attending proceedings.

And yet, on Friday, Brampton Center Liberal MP Shafqat Ali was caught on internal camera doing exactly that while sitting virtually in the House.

“I want to take this opportunity to sincerely and unreservedly apologize to all members of parliament for the unfortunate event that occurred last Friday,” Ali said in the House of Commons on Monday via Zoom.

“I ask that the House and its members forgive me for my error in judgment. I take this matter very seriously and promise not to repeat this mistake again.”

The incident was first made public when it occurred on Friday by Conservative MP Laila Goodridge. She rose in the House on a point of order to point out that the Liberal MP from the Brampton Center “might be taking part in a bath”.

The alleged incident was not visible on the public parliamentary broadcast, only to MPs on an internal broadcast.

In an interview, Goodridge said she was “stunned” that she needed to make a point of order in this type of incident.

“I thought people had learned their lesson,” he said. “This is just another reason why these virtual proceedings need to end, because they are not being treated with the respect that they deserve.”

On Monday afternoon, Conservative MP John Brassard brought up the “distressing event” during a new point of order, asking the President to rule that it was potentially in contempt of Parliament and refer the matter to a committee for consideration.

“Those who witnessed the events clearly saw the Liberal parliamentarian enter what appeared to be a toilet in one of the men’s bathrooms located on this very floor of this very building. The visible masonry, the wooden door and the stainless steel door hinges and the coat hook on the back of that door, which is part of the long side of the stall, looked quite familiar,” Brassard said.

He added that based on the angle of the video, it appeared that the camera filming the member was sitting on a “ledge or ledge on the wall, just above the back of the toilet.”

“A member of parliament was literally using the toilet while taking part in a session of this House of Commons, the cathedral of Canadian democracy. I can’t believe I just said those words,” Brassard said.

A member of parliament was literally using the toilet while taking part in a session of this House of Commons, the cathedral of Canadian democracy.

This is not the first time that a Liberal MP has been caught with his pants down while attending virtual Parliament.

Former MP Will Amos was caught twice last year acting indecently while taking part in parliamentary proceedings via Zoom. The first time he was caught on camera naked while he was changing, and the second time he admitted to urinating in a cup while he was attending the assembly committee. He did not run again in the 2021 elections.

Goodridge said the Ali and Amos incidents are a reminder that virtual proceedings should be treated the same as a physical presence in the House of Commons.

“It’s an extremely alarming and disrespectful pattern and, frankly, absolutely inappropriate,” he said.

“Given the fact that there have been other incidents in the past and it is certainly something that we as speakers and the speaker himself will really take into consideration and come back to this chamber with a decision,” he said.

Responding to Goodridge in the House on Friday, Liberal MP Kevin Lamoureux warned the Conservatives to be “very careful” with that kind of point of order and indirectly accused them of wanting to “embarrass people”.

“I think the most important thing is that the members have the camera on and are in the room. I would not like to embarrass members, no matter what political party they belong to. I don’t think it’s appropriate to use virtual Parliament as a mechanism to shame people,” Lamoureux said.

Goodridge said Monday that she felt Lamoureux was trying to “mislead” her with his response last week.

“I was, frankly, really offended,” she said.

Sign up to receive daily top stories from the National Post, a division of Postmedia Network Inc.

The next issue of NP Published will soon be in your inbox.