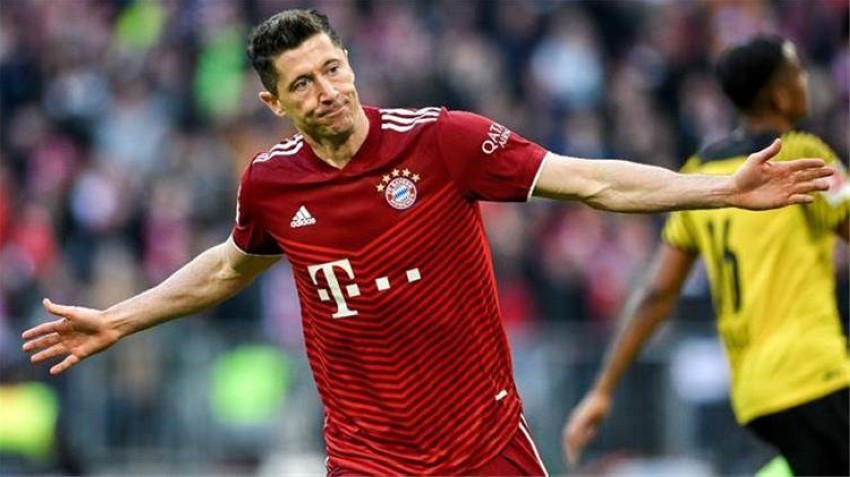 The Polish international Robert Lewandowski decided to put pressure on the Bayern Munich administration by all possible means to facilitate his departure from the Bavarian ranks this summer.

The 33-year-old, whose contract with Bayern Munich expires in June 2023, confirmed in forceful statements on Saturday night that he does not intend to continue at the club or extend his contract.

Bayern Munich must now seriously consider selling the player this summer or lose him for free at the end of next season.

According to the Mundo Deportivo newspaper, Lewandowski has an agreement with Bayern Munich to join their ranks for three years and will reject all tempting financial offers to play at the Camp Nou.

Barcelona has no intention of entering an economic auction in the event that Manchester United and Paris Saint-Germain are present in the fight to include Lewandowski, the Catalan club will depend a lot on the player’s desire to play in the club’s ranks.

For his part, current Barcelona coach Xavi Hernández confirmed that Lewandowski’s arrival at 33 is not an obstacle for him, and the biggest proof of this is his contract with Dani Alves last January.

As for the German newspapers, he confirmed that Bayern Munich have no other solution ahead of them at the moment than to surrender to the fait accompli and accept the idea of ​​selling Lewandowski to Barcelona this summer based on the Polish player’s wish instead of leaving him free after the end of his contract.

Barcelona hopes to close a contract with the Polish player for an amount that ranges between 30 and 40 million euros.

Bayern Munich started the move to sign an outstanding alternative in attack, with the appearance of options worth Sadio Mané, a Liverpool player, and Darwin Núñez, Benfica’s top scorer.

It should be noted that Lewandowski joined Bayern Munich in 2014 on a free transfer from Borussia Dortmund and scored 345 goals in various competitions in 374 games for the Bavarian team, managing to win 19 titles.

Lewandowski made 46 appearances in various competitions this season, scoring 50 goals and converting 7 in all competitions, and was crowned champion of the German league.