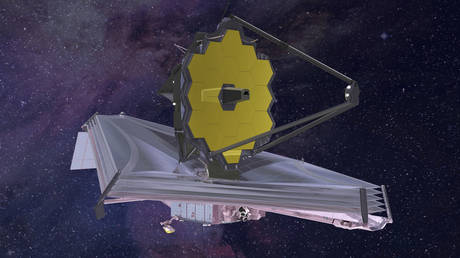 The largest optical telescope in space suffered permanent damage when it was hit by a meteorite in May, an investigation has revealed.

A small meteoroid hit the James Webb Space Telescope (JWST) between May 22 and 24. According to a performance report issued by NASA, the European Space Agency and the Canadian Space Agency last week, the collision “caused an uncorrectable change in the overall figure” of the mirror segment C3 of the observatory.

“The effect was small at the entire telescope level because only a small portion of the telescope area was affected.”

Although the telescope was designed to withstand such collisions, the report said the attack in May“exceeded pre-release damage expectations for a single micrometeoroid.”

Currently, the biggest source of uncertainty is the long-term effects of micrometeorite impacts slowly degrading the primary mirror.

NASA said last month that, while the damage analysis was being carried out, the telescope was “It continues to function at a level that exceeds all mission requirements despite a marginally detectable effect on the data.”

Launched in December, the JWST will replace the Hubble Space Telescope, which has been in operation since 1990. The first image captured by the JWST, which has longer wavelength coverage than Hubble, was released last week.