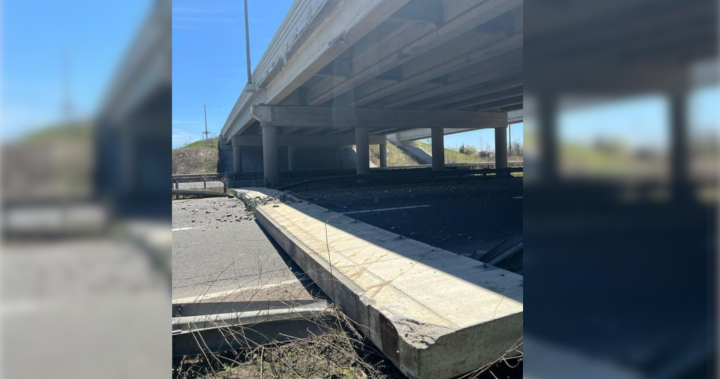 OPP in Brant County has closed westbound lanes on Highway 403 at Wayne Gretzky Parkway after part of a bridge collapsed Monday afternoon.

Traffic is being diverted from the 403 at Garden Avenue and King George Road and travelers will need to use Colborne Street or Fairview Drive to avoid the freeway, according to Cst. Conrad Vitalis.

Vitalis said a concrete barrier fell off the Wayne Gretzky Parkway and the Alexander Graham Bell Parkway (403) in Brantford, Ontario.

“This closure will be sometime before engineers can determine if the bridge and overpass will be safe for travel and road debris removal,” Viatlis said in a Twitter post.

Police have not confirmed if there were any injuries.

The Ministry of Transport has been notified of the matter.