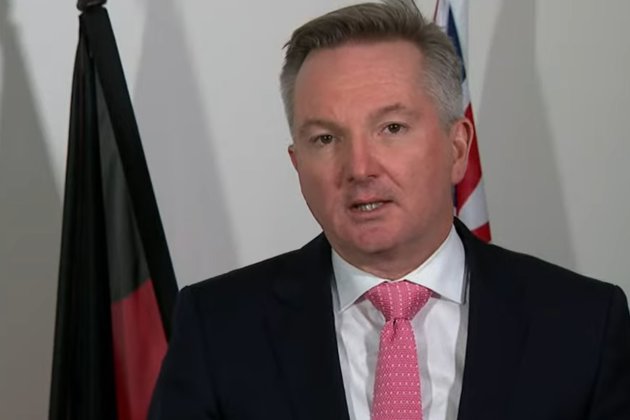 For nearly a decade, the Coalition failed to develop a national energy plan, even though such a plan existed before they took office.

Since energy is of national importance, a national policy, national rules and regulations are needed. At the same time, we are facing massive changes in the energy sector.

States and industry were fully aware of this and did what they could, but without a national plan, it is difficult to make national investments. During this very critical moment of energy transformation, the national government was absent.

As a result, Australia was ill-prepared when the current crisis hit. We could not have prevented the crisis, but as a country we could have been much better prepared and we would not have had to resort to the dramatic government interventions that we see today.

We had to wait a decade, and weeks after the election, suddenly we have a national energy plan.

In the early 2000s, I started the Smart Grid Smart Energy Australia Association. This industry organization looked at new forms of infrastructure that would make our use of energy smarter.

Coal is a fiasco. Gas is a fake solution pushed by vested interests. Renewable energy resources are the cheapest form of new energy generation, so where are they?

We also link that with smart city policies, looking at combinations of communications and energy infrastructure to deliver new services. With the help of smart technologies like the Internet of Things (IoT), it was estimated that it could run these networks 30 percent more efficiently. This would mean huge savings in both costs and carbon emissions.

Smart Energy Australia managed to get the then Labor government on board and launched the $100 million Smart Grid Smart City Project.

The plan was to use the pilot projects in NSW regarding smart grids, electric vehicles and renewable infrastructure as blueprints for implementation across the country. Unfortunately, the final plan was ready and submitted before the 2013 Federal Elections. The Coalition entered.

Similar to the “kill NBN” plan, they also killed the Smart Grid Smart City project. This cost the country dearly.

Interestingly, at that time, all the electricity distribution companies were on board, as well as the energy industry in general. A variety of cities were also ready to get involved in the following projects.

While state governments, many cities, and industry were all on board, energy regulations are a federal responsibility. To get smart energy projects off the ground, regulations needed to be adjusted so that these projects could be launched within the existing electricity industry infrastructure in the most efficient and effective way.

As an example, due to a lack of regulatory support, it was impossible for transmission companies to build their networks for new solar plants.

They could only do so if they established new separate trading companies. In this way, new infrastructure could not be built based on a sustainable business model. Only when it can be integrated or built on a cost basis (not on a commercial basis) can such smart projects be developed. The reason for doing this must be based on public interest, not profit.

Instead of seeing this as a national good, the coalition government treated it as some kind of luxury product.

A major shift towards clean energy goals is being seen among some of Australia’s leading companies and brands.

Transgrid in NSW was, as far as I know, the only one that finally bit the bullet and set up a commercial company. A national policy could have saved them many years and millions of dollars.

At the same time – at the end of the 2000s – a carbon emission plan was agreed with the energy companies. However, the then Opposition Coalition called it a carbon tax, and the coal industry also criticized the plan in full-page national advertisements. That plan was torpedoed.

With Abbott in charge, any national energy policy has now successfully collapsed. For as long as the Coalition was in power, they were unable to gain enough internal support to find an alternative.

They failed to create a national plan and this made it very difficult for companies to invest in new energy technologies. All of these organizations were eager to work toward a more sustainable energy grid. Not just because of environmental sustainability, but because it made economic sense.

If we had a national plan a decade ago, we would be in a much better position now.

The new Labor government together with the states agreed on a national plan in a matter of weeks. This was a clear indication that the states were more than ready. Both states and private industry have been working around blocking the federal government. Now, with a national plan in place, we will see an increase in smart energy developments across the country.

Unfortunately, the results of that will be in a few years, while the crisis is now. The energy crisis will get worse but, more importantly, it will get better over time.

Paul Budde is a columnist for Independent Australia and CEO of Paul Budde Consulting, an independent telecommunications research and consulting organization. You can follow Pablo on Twitter @PaulBudde.