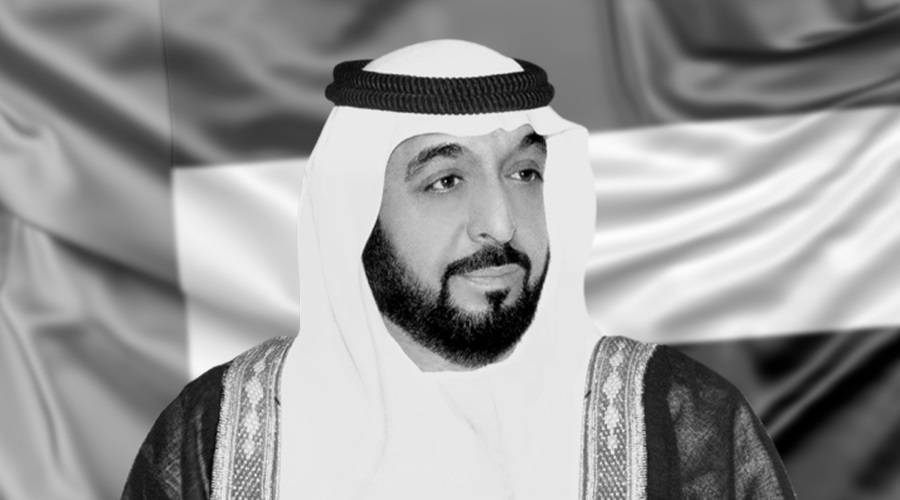 «When people are proud of our achievements, we are proud to be children of Zayed the Good. When people talk about history, we are talking about a history of good that began with the establishment of our state.».

The late Sheikh Khalifa bin Zayed Al Nahyan described the approach chosen by the state from the beginning of establishment to the stage of empowerment to witness the birth of a young state, young in its achievement, rational and benevolent in its words and behavior..

Following in the footsteps of the founding father, the late Sheikh Khalifa received the flag on November 4, 2004 and walked the path until the day he died, may God have mercy on him, so that the Emirates moved with what he had achieved. in about 35 years, which is the foundation stage to the empowerment stage .

In this short period… 18 years… which, according to strategic and development planners, is just two development plans… The UAE has taken the lead in competitiveness indicators, the normative measure of progress of nations ..

And it became the second largest economy in the Arab region, which achieved this great achievement despite its small area and population..

With its honorable track record, the United Arab Emirates moved into other areas that are hard to reach, becoming the first Arab and Islamic country to reach Mars and one of the few countries that has the upper hand in the world of space..

What the UAE has achieved in the empowerment stage, which is an extension of the founding stage, has been reflected in the lives of people and the business sector, so that the Emirates become the dream of all those who seek success, stability and a comfortable environment. life.

After assuming power, the late Sheikh Khalifa launched his first strategic plan for the government of the United Arab Emirates to achieve balanced and sustainable development and ensure the prosperity of citizens, starting from the solid foundation built by the late Sheikh Zayed to make the United Arab Emirates a beacon to guide its people. towards a prosperous future of security and stability..

In 2009, he was re-elected as head of state and, thanks to his wise leadership, he overcame financial crises and political turmoil in the region, while pursuing an active foreign policy that supports the state’s position as an active member at the regional. and internationally..

How did the UAE achieve all these great achievements in the empowerment stage?

In the following lines, the Emirates News Agency monitors the size of the achievement and the challenges :

Wise leadership has given special attention to the health sector and lavished a large amount of spending on it, sometimes reaching 7 percent of the size of the federal budget..

This policy paid off when this sector was seriously tested by the outbreak of the Corona epidemic. It has shown exceptional efficiency, supported by a large number of government and private hospitals equipped with the latest medical equipment and staff..

The state’s tendency to build medical cities such as Sheikh Khalifa City in Abu Dhabi, Dubai Healthcare City and Sharjah City also helped confirm the effectiveness of this sector..

In parallel, most Emirati hospitals have obtained quality certificates or international equivalence, and the UAE has become a world leader in this sector. .

This evolution translates into the number of hospitals, which has doubled several times since 1975, going from 16 to 169 in 2020 .

These hospitals have highly qualified medical personnel, whose number reached 8,995 in the government sector in 2020 and 17,136 in the private sector, compared to 792 doctors in 1975. .

In parallel, the State pays special attention to health insurance and provides it to citizens free of charge, also provides comprehensive medical coverage to combat segments of society, especially determined people and the elderly, and issued special legislation who deals with people with determination. . .

At the same time, the state was keen to keep pace with the health sector with the latest innovations, both in management and in the technical and executive sectors..

The United Arab Emirates is among the few countries in the world that use medical robotics technology to perform major operations such as heart surgeries and general surgeries, such as the Da Vinci robot..

In 2017, the United Arab Emirates began building the first technology-based cancer treatment center «the proton» In the Middle East and the Gulf region .

In addition, the UAE was considered one of the first countries in the world to use robots in the pharmaceutical sector, so robots were used to dispense medical prescriptions without human intervention. .

In addition, so-called smart rooms were built to provide entertainment services to patients and link their medical records with hospitals to provide comprehensive and effective care..

The state, through the Ministry of Health, has been interested in integrating artificial intelligence into medical services and using it in more than 100 facilities distributed throughout the emirates. .

The UAE ranks first in the world in number of establishments «passed» More than 85 percent of hospitals have international accreditation .

Long-term spending in the health sector has resulted in the preparation of the sector and in meeting any challenge and has shown high efficiency in the professional handling of the Corona epidemic, the most dangerous in the history of mankind. . .

The volume of spending in the health and education sectors reveals rational leadership awareness of the importance of the two sectors in achieving sustainable development, and the volume of spending from 2016 to 2020 reached between 20 and 22 percent of the size of the budget federal..

The planned strategic objective of the education sector is to provide a world-class educational environment of international quality that ultimately leads to the promotion of the knowledge economy..

Looking at the size of the budget allocated to the education sector in the state, which is 10.41, 10.46, 10.40, 10.2 and 6.536 billion dirhams for the years 2016-2020, we find that the percentage is close to 15 percent on average for the size of the federal budget, which has high spending rates when compared to its international and regional counterparts.

And the State realized that the educational system, which is the locomotive of development, must be based on determinants, among which the guarantee and the right to free education for all citizens stands out, in fact, as of 2012 the education became compulsory in the State for all those who completed 6 years until graduating from high school, and this was deepened with the issuance of the Wadima Law, which guarantees the child’s right to education .

The educational strategy in the country emphasizes building an educational system based on absorbing 21st century skills, providing a qualitative university educational system that competes with the most prestigious international universities, anticipating the future, fostering innovation, expanding the number of target students, and inculcate a culture of innovation in all educational groups. .

Mohammed bin Rashid’s Smart Education Initiative, issued in 2012, is a model in this regard as it includes all public schools and aims to create a new educational environment in schools that includes smart classrooms in all schools and provide them with high-speed rooms. -Generation networks. .

The UAE Vision 2021 emphasizes the need to bring education in the country to the highest levels in the world and pursue a smart system as the main goal..

The vision also confirms that the coming years will witness complete transformations in learning and education systems led by intelligent educational systems, promoting enrollment in the kindergarten stages, as well as encouraging high school graduates to enroll in college education..

In order to achieve the necessary effectiveness of this strategy, the importance of the human element was emphasized, and here the teacher is the wing of the educational process. The state has forced teachers to obtain the compulsory teacher’s license issued by the Ministry in 2017 to raise master’s level and keep up with international standards .

Parallel to that strategy, the Higher Education 2030 Strategy also emphasizes the improvement of students’ technical and scientific skills to support the growth of the knowledge-based economic sector.