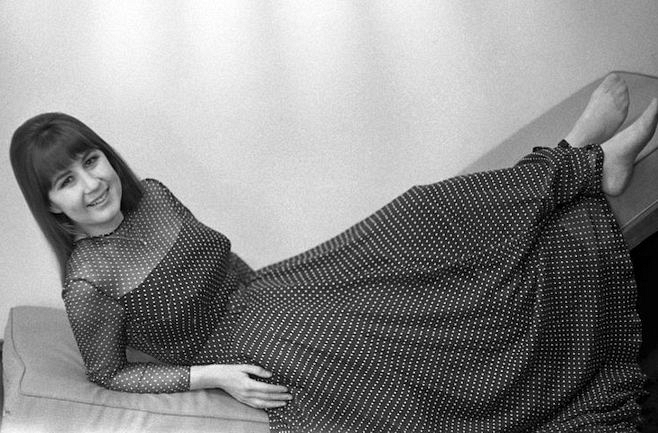 Melbourne-born folk sensation Judith Durham, singer of a generation, has died of bronchiectasis, a chronic lung disease. She was 79 years old.

Singer-songwriter and musician Judith Durham is best known for being the lead singer of The Seekers, who, in the 1960s, became the first Australian group to achieve major US and UK chart success. They sold more than 50 million albums worldwide.

Durham was born Judith Mavis Cook on July 3, 1943, in Essendon, Victoria. She was a classically trained pianist and vocalist who attended the Melbourne Conservatory of Music and graduated with an Associate in Music, Australia” (AMusA).

At 18, he took his mother’s maiden name, Durham, and began performing at the Memphis Jazz Club in Malvern, Victoria. Her polished renditions of blues, gospel, and jazz pieces caught the attention of a musician named Frank Traynor, who asked her to sing with his band, the Jazz Preachers. They went on to record an EP called judy durham and various singles for W&G Records.

In 1963, Durham joined the folk-influenced pop band The Seekers on vocals, piano, and tambourine. The other members of the band at the time were Athol Guy (bass and vocals), Keith Potger (12-string guitar, banjo and vocals), and Bruce Woodley (guitar, mandolin, banjo and vocals).

Potger, a radio producer for ABC, used his connections to help the fledgling group make a demo tape while Durham, who was working in an advertising agency with Guy at the time, passed the result on to W&G Records.

The Seekers achieved a minor hit with their first single, a version of the 1894 Australian ballad. ‘Waltzing Matilda’ and decided to travel to the UK to seek further musical opportunities. Potger left the group because his role on ABC prohibited him from being involved in a commercial venture, and he was replaced by Ken Ray.

The Seekers sailed on the SS Fairsky in early 1964, providing musical entertainment along the way, ending up extending their UK stay beyond the initially planned ten weeks because they were fully booked. It might be fair to say that the British went wild for The Seekers’ beautiful melodies in general and Durham’s angelic vocals in particular.

In 1965, The Seekers struck gold with “I’ll never find another you” which was recorded at EMI’s famous Abbey Road Studios. It reached number one in the UK and Australia.

The same year, The Seekers released an interesting hit based on a Russian folk song, circa 1883, called ‘Carnival is over’. Adapted by Tom Springfield with English lyrics, it topped the UK and Australian charts. At its peak, it was selling 93,000 copies a day in the UK. It became The Seekers’ signature song and they closed all their shows with it.

In 1965, The Seekers released the truly fabulous ‘Georgian girl’ which was used as the theme song for a movie of the same name and nominated for an Academy Award. It reached number two in the US. Billboard chart and number one in the US cash box frame.

They had the highest sales record in 1965, achieving more sales than releases by The Beatles and The Rolling Stones.

By 1967, The Seekers had returned home to Australia and set an all-time attendance record when they entertained 200,000 people (nearly a tenth of the city’s population at the time) at the Sidney Myer Music Bowl in Melbourne. . his tv special The seekers below drew the largest television audience in history with a rating of 67.

Also in 1967, The Seekers were named Joint Australians of the Year, to date the only group to achieve this honour. They were inducted into the Australian Recording Industry Association (ARIA) Hall of Fame in 1995 and individually appointed Officers of the Order of Australia in the Queen’s Birthday Honors in June 2014.

Durham left The Seekers in 1968 and embarked on a solo career. One of the highlights of this was its modernization of ‘Advanced Australia Fair’, the Australian national anthem. She also joined his bandmates for reunion work on the nostalgia circuit.

Sadly, during this period Durham’s life was marked by tragedy, misfortune and ill health. In 1990, Durham, her husband (British pianist and music director Ron Edgeworth) and her tour manager (Peter Summers) were involved in a horrific car accident in Nambour, Queensland. The driver of the other car died at the scene and Durham broke her leg and one of her wrists.

Shortly thereafter, when Durham was back with The Seekers for a silver jubilee tour, her husband was diagnosed with motor neurone disease. She died in 1994, with Durham by her side. Durham later worked tirelessly to raise money and awareness to fight the wasting disease.

The court was told that Dahlstrom had been a fan of Durham since he was 16 years old and helped promote Durham concerts from the mid-1980s until 1992. Following a dispute over finances, Durham asked Dahlstrom not to promote any more concerts.

Dahlstrom responded by sending threatening faxes to Durham, claiming she had been treated “like a doormat”. To drive home the point, Dahlstrom apparently sent Durham 41 doormats in the mail. Dahlstrom was subsequently prosecuted and later jailed for three years for stealing credit cards from schools.

His death after a battle with bronchiectasis, a chronic lung disease, prompted an outpouring of tributes that attested to both Durham’s musicianship and philanthropy.

‘His fight was intense and heroic, never complaining about his fate and fully accepting his conclusion. Keith, Bruce and I are fortunate to share his magnificent musical legacy.”

Irene Bolger, who was the organizer and secretary of the Australian Nursing and Midwifery Federation (ANMF) in Melbourne from January 1983 to January 1990, told the Independent AAustralia:

“I first saw The Seekers in a little cafe on Toorak Road, Melbourne, called The Treble Clef, in the 1960s when they were just starting out.”

“Judith had the most beautiful and pure singing voice and made The Seekers famous. I met Judith in 1986 when she volunteered to sing at a fundraiser we had during the nurses’ strike at the Athenaeum Theater. She was the most down-to-earth person and very likeable.”

As reported by ABC, Normie Rowe, ‘another Australian musician who achieved international success in the 1960s’said:

“The Seekers were the ultimate professional entertainment unit. It was wonderful to see them. They dressed impeccably. They performed flawlessly.”

The Durham family accepted the offer of a state funeral in Victoria to commemorate his remarkable life.

Jenny Count is a Canberra-based freelance journalist and writer.