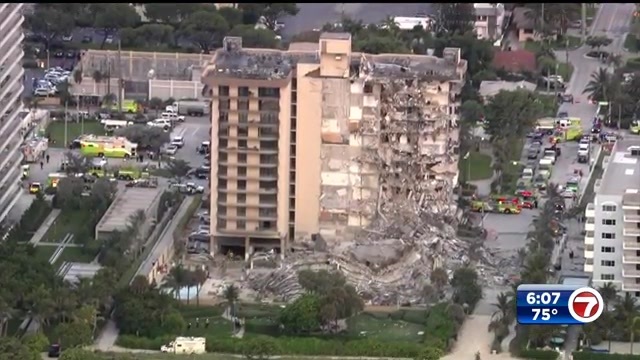 MIAMI (AP) — A judge gave final approval Thursday to a more than $1 billion settlement for victims of a Florida beachfront condominium building collapse that killed 98 people, one of the failures of deadliest construction sites in US history.

Miami-Dade Circuit Judge Michael Hanzman’s decision came a day before the one-year anniversary of the Champlain Towers South disaster in the Miami suburb of Surfside. The judge described the settlement as a “remarkable result,” praising the dozens of attorneys involved for avoiding what could have been years of litigation with no certain outcome.

Most of the $1.02 billion total will go to people who lost family members in the 12-story building collapse. About $100 million is earmarked for legal fees and $96 million for owners who lost one of the building’s 136 units.

No victim objected to the settlement or opted out, court-appointed trustee Michael Goldberg said. Several people who lost family members or property said in court Thursday that they are grateful for such a quick conclusion to a horrific experience.

Raysa Rodriguez, who survived the collapse in a ninth-floor unit that was initially left intact, had nothing but praise for the outcome.

“You have no idea what a relief this is for me personally,” Rodriguez said. “I’m so tired. I just want this done. I want these souls to rest.”