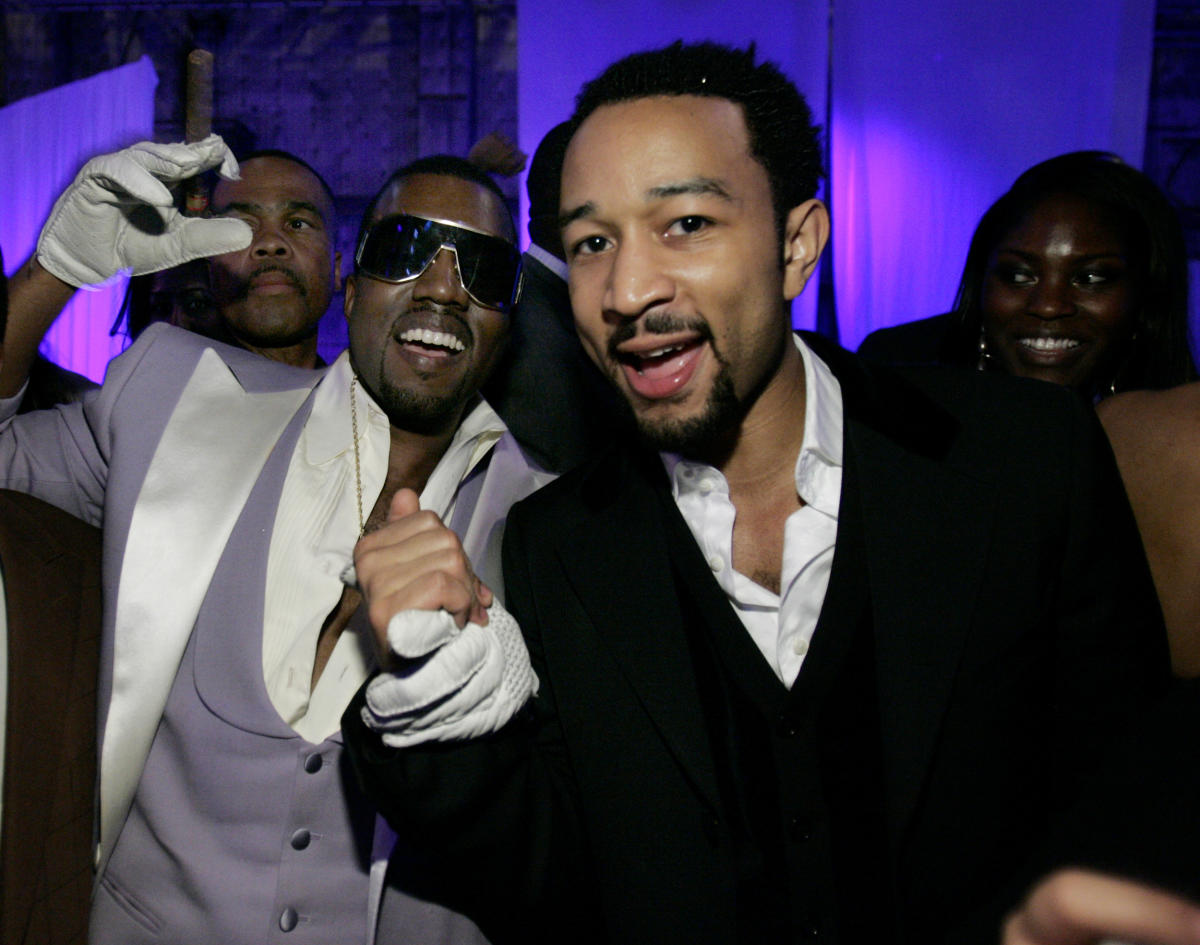 John Legend sets the record straight: Donald Trump did not ruin his friendship with Kanye West.

But political differences no doubt contributed to his fallout with West, says the EGOT-winning singer in a new interview with the New Yorker. While Legend (real name: John Stephens) credits the rapper with popularizing his “lofty stage name,” the pair have clashed over political issues in recent years. In April 2018, West shared texts from Legend urging him to “reconsider lining up [himself] with Trump,” and last year accused him and fellow rapper Big Sean of “selling out” for supporting Democrats instead of West’s 2020 presidential bid.

It was this last issue, not the disagreements over Trump, that bothered West the most, Legend, 43, says. New Yorker. The singer says the comments about him during an August episode of David Axelrod’s the ax files – in which he said: “Honestly, I think because we publicly disagreed with his candidacy for office, his support for Trump. I think it became too much for us to maintain our friendship.” – were misunderstood.

“Yes, what was described was that we stopped being friends because he supported Trump, which was a mischaracterization of what I said,” Legend now says. “That was kind of the Rupert Murdoch version of the story — it was all over the New York Times.” Mail and FoxNews.

While West, 45, made his feelings clear in an interview last November: “I don’t rock with any of them and I need my apologies,” he said of Legend and Big Sean, whom he described as “scared.” Legend says he has tried to take a softer approach.

“Everyone saw how I talked to him about it,” he said, referencing his 2018 text messages to West. “I talked to him with love and empathy, and tried to help him see another way of looking at things. And he obviously went the way he did. The most frustrating thing about his run for president for me was how much of a campaign-led operation it was.” I don’t know how aware I was of the fact that there were so many Trump staff throughout his campaign, raising money for him, signing petitions for him, getting him on the ballot. I saw their work on his behalf as a clear scam and an operation to try to siphon black votes away from Biden, so there was no way I was going to support him. Kanye was upset about it, and we haven’t been friends since, really.”

Legend expressed his struggle to “penetrate” voters like West, who see things in a radically different way.

“Clearly, I haven’t been successful in that particular aspect!” he said about trying to connect with his former producer. “Most of my political work has been about encouraging people who are already thinking-minded close to where I am to get out there and vote and get involved. I don’t know how you persuade someone who believes differently from you. And some of those beliefs are very strong. I have a lot of religious people in my life, for example, and it’s hard to know how to convince someone when it feels like you’re speaking a completely different language.”

He added: “I don’t want to live a life so consumed by politics that it’s the sole determinant of who can be my friend and who can’t. But values ​​matter, character matters and moral compass matters.”