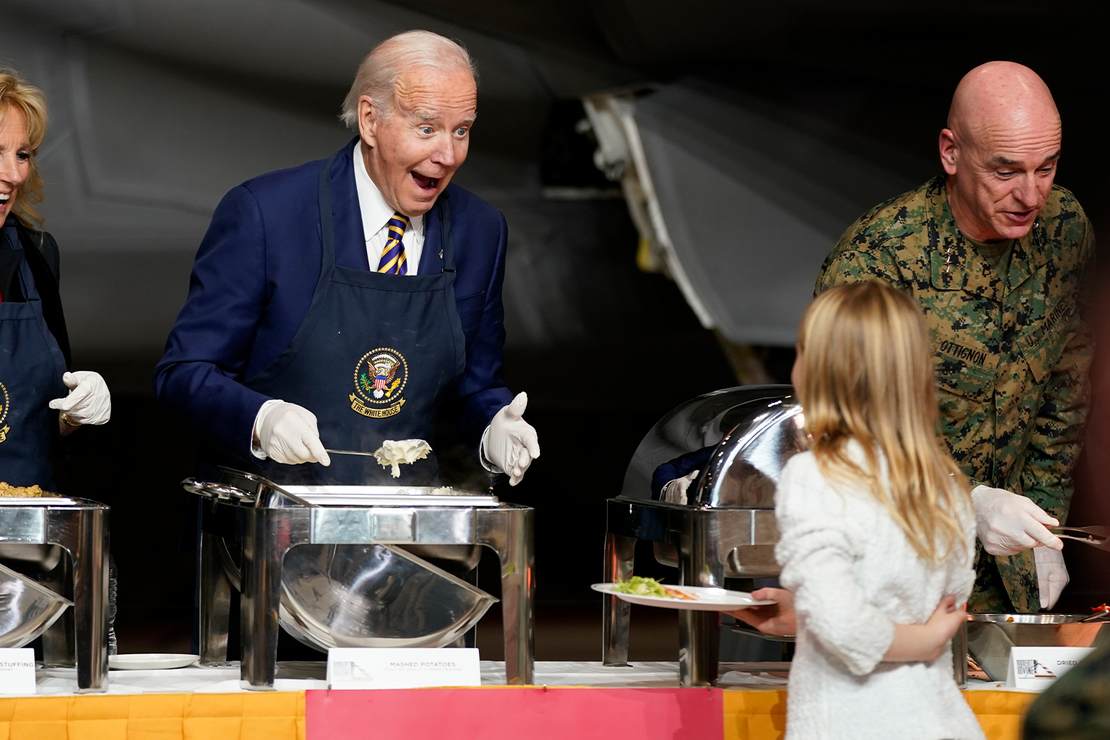 Has there ever been a presidency as stupid as the Biden administration? It’s like watching a big traffic jam that never ends. Who would have guessed that putting the political equivalent of a group of gender researchers in high positions of power would not be easy?

And yet, here we are, the President of the United States can’t even complete a pre-planned Thanksgiving phone call without something going off the rails. Biden was scheduled to call NBC News’ Dylan Dryer live. Here’s how it went, according to The New York Post.

“I’m not one to take a phone call during TV, but I think I should answer this one,” Dreyer said.

But no one responded as Jill Biden was faintly heard in the background after seconds of dead air and confusion.

“I don’t think I can hear you…” Dreyer said later. “Can you hear me, Mr. President.”

Biden was then heard saying something to the first lady, and then Dreyer called out, “Hello? Happy Thanksgiving, Mr. President. are you there?”

Finally, Biden finally realized what was going on and began to deliver his planned lines about honoring first responders. Given that Jill Biden jumped into the middle of her statement to remind her to talk about remembering the US military, she obviously botched it. If you’ve heard it live, it was an awkward exchange, despite being rehearsed.

Still, what struck me about this whole spectacle was how different the standards were when it came to media relations with different politicians. Would NBC News ever do such a spitball segment with Donald Trump? I think we know the answer to that.

In the end, it’s not a big deal. Of all the things to talk about about Biden, his phone call is pretty low on the list. However, the whole thing felt like a metaphor for his presidency. Even the simplest of tasks become frustrating moments as he is clearly mentally impaired. The fact that his wife constantly has to save him adds to the bad optics. Is it any wonder that tyrants are marching around the world without even knowing where the president is?