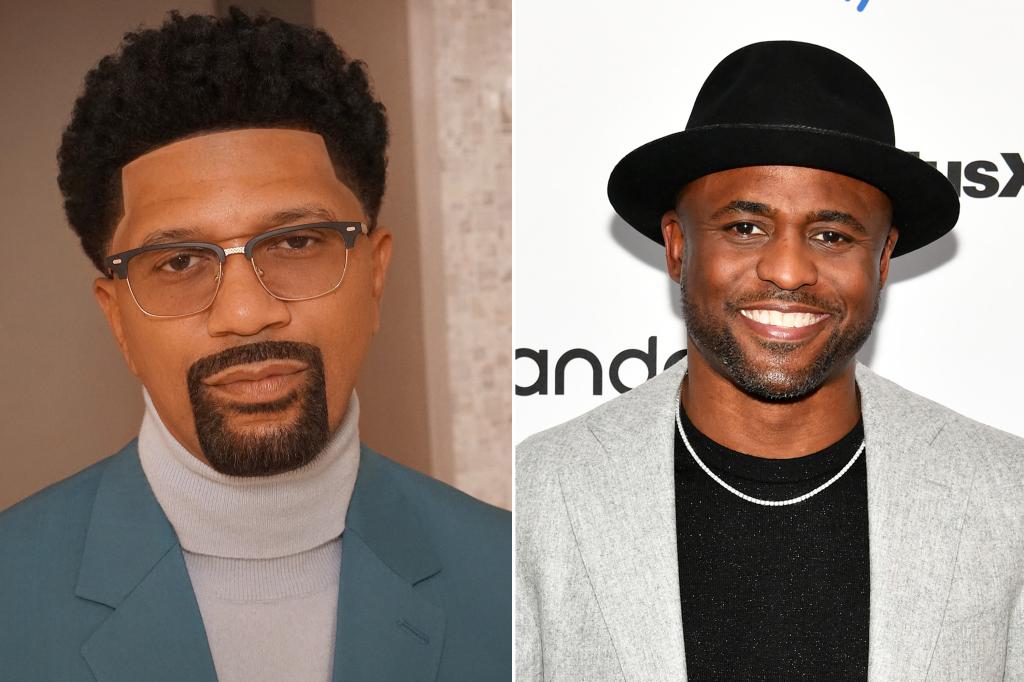 There’s a reason Wayne Brady is an old-school, multidimensional talent who can seemingly do it all: sing, dance, act, improvise comedy, host, and produce.

First of all, the man works hard. And then there was his childhood.

“My grandmother wouldn’t let me watch much television,” the Orlando, Florida-raised actor told me on this week’s Renaissance Man.

Sure, the “Let’s Make a Deal” host studied comic greats like Eddie Murphy, Richard Pryor and Robin Williams. But it was versatile artists like Davis Jr. and Poitier who were placed on a pedestal in his home.

“I remember loving Sidney Poitier and thinking, ‘This is how I want to be as an actor,'” he said. His approach was informed by classic artists and he’s certainly a refined man, making his way into family-friendly network hits like “Whose Line Is It Anyway?” and “The Wayne Brady Show.” In other words, there’s nothing rough about Wayne’s image. And in the early years, the late legendary comedian Paul Mooney poked fun at him on “Chappelle’s Show,” saying, “White people love Wayne Brady because he makes Bryant Gumbel look like Malcolm X.”

He used it as fuel and turned the snub into a career-defining moment: a now-iconic “Chappelle’s Show” skit where a seemingly healthy Brady turns into a murderous, sociopathic pimp.

“I’m too proud of my achievements and I’m too proud of our achievements so I couldn’t let it go. So, I was really happy that Dave came up, he said, ‘Hey, I didn’t like that joke. Do you want to come and do this with me? And we were able to write something that I’m proud of because it’s a fun sketch. I’m not going to question the blackness of another black person because they are who they are.”

It was a great chess move and made me a complete Wayne Brady fan. Shortly after, I flew to Las Vegas to see him perform, which, by the way, I highly recommend.

But the story behind that sketch runs deeper, specifically the dynamic that exists in the black community, where you’re an “Uncle Tom” or a sellout if you act a certain way. I’ve been publicly guilty of that myself, calling Grant Hill and the Duke baseball players “Uncle Tom,” who is really the hero of the story. He was immature and misinformed. And sometimes the best way to teach that lesson is through humor, a medium that Wayne has perfected.

And the Mooney line was also a test. How do you take a joke you don’t appreciate? Are you a Wayne or a Will Smith, who is now famous for his Oscar slap? And Wayne had a lot of ideas about that.

“I see someone who has laughed at all these jokes about his situation with Jada. I’ve heard rumors and everyone has heard things. What is it like to be so famous that everyone wants to know what’s going on in your room and has an opinion about it, especially black comedians? Everyone has an opinion. He noted that Will has been the good guy who laughs and appears on Jada’s “Red Table Talk” show.

“I think it was a matter of time. If it wasn’t Chris Rock saying that joke, very stupid, ripe fruit, not a funny joke, I would have been someone else at some point.”

Wayne is also honest that he, too, struggles with issues that can lead to self-sabotage, like depression and impostor syndrome. He goes to therapy and practices mindfulness. And he’s also not afraid to make fun of himself and his dramatic tribe.

“Absolutely, theater kids can be insufferable. My daughter is studying theater right now. And she loves the theater. She loves Broadway. She was raised that way. She always tells me: ‘Dad, I’m from the theater, but I’m not a theater kid.’ Theater kids are annoying.’” And I said, ‘I absolutely get it, but you also have to think about it this way. Theater kids are annoying in the way that some people find jocks annoying. Any special interest group I find, but especially theater, because [they] smell of strangeness”.

And, speaking of her daughter, we may soon get to know 19-year-old Maile better. Because when I asked him if he would ever add reality TV to his lengthy résumé, he had this to say: “If I were in control of it, and that’s just the fancy way of saying, ‘You’re not going to catch me on the show, caught in a house with people,’ and then at some point they say, ‘Well, what alliance are you in?’ No, that’s not me. I think I work a little too hard for that. Without judging, I don’t want all the drama.”

However, he is developing a show with E! about his blended family, consisting of Maile, his ex-wife Mandie Taketa, his boyfriend Jason Fordham, and their 7-month-old son, Sundance-Isamu.

He’s doing it because he can have his hand on the wheel and drive the show. Just like his iconic ride with Chappelle, only with less illicit activity. Although the fan in me hopes it’s called “I’m Wayne Brady, bitch!”

Detroit native Jalen Rose is a member of the University of Michigan’s iconoclastic Fab Five, which rocked the college basketball world in the early ’90s. He played 13 seasons in the NBA before becoming a media personality. Rose is currently an analyst on “NBA Countdown” and “Get Up,” and a co-host of “Jalen & Jacoby.” He was an executive producer of “The Fab Five” for ESPN’s “30 for 30” series, is the author of the best-selling book, “Got To Give the People What They Want,” a fashion tastemaker, and co-founder of Jalen Rose Leadership. Academy, a public charter school in his hometown.