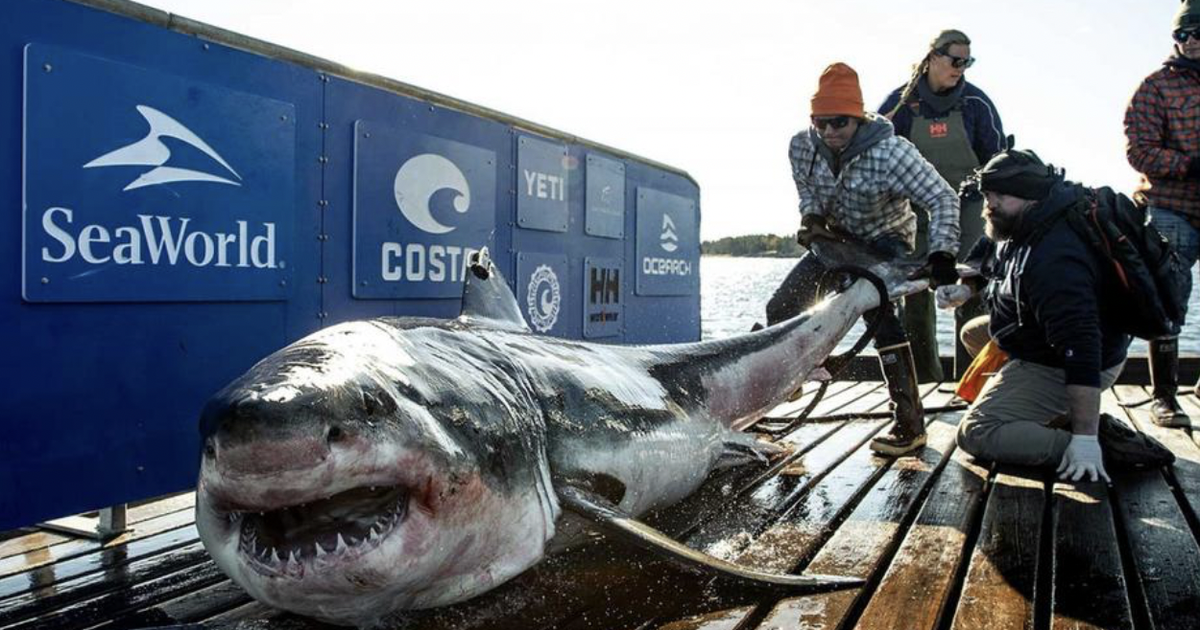 Ironbound, one of dozens of sharks tracked by the nonprofit research organization OCEARCH, recorded a ping on April 28 off the New Jersey coast. Measuring 12 feet 4 inches and weighing about 998 pounds, the tagged shark is named after West Ironbound Island in Nova Scotia.

OCEARCH is among the world’s leading shark research teams using a data-centric approach to tag and track shark movements during their expeditions. OCEARCH has nearly 200 scientists and has tagged more than 400 animals since its first expedition in 2007. The organization aims to further our knowledge of shark behavior and biology to promote better maritime policies.

OCEARCH Chief Scientist Bob Hueter told CNN that the Ironbound has traveled approximately 13,000 miles since it was first tagged in Canadian waters in 2019.

“It’s been back and forth several times from where we found it in Nova Scotia and the Florida Keys,” Hueter said.

Great white sharks annually migrate north during the summer to feed near Nova Scotia, usually to bulk up again after the South Atlantic mating season.

Ironbound is far from the largest shark tracked by OCEARCH over the years.

The most famous of these was Mary Lee, an adult female shark that was 16 feet long and weighed 3,456 pounds. Estimated to be in her 50s, Mary Lee’s size earned her the title “Matriarch of the Sea”, but OCEARCH lost sight of her around 2018, probably because her tracker battery died. She recorded a series of pings off the New Jersey coast in the middle of the last decade.

Last summer, OCEARCH tracked another great white shark off the coast of Cape May. At the time, Breton was 13 feet long and weighed 1,437 pounds. He was also expected to head north to Cape Cod or Nova Scotia.

Breton has officially started his move north! This 13-foot, 1,437-pound male great white shark is currently off Cape May,…

Other sharks spotted along the Jersey Shore coastline in recent years include the 7-foot-long Martha and the nearly 11-foot-long Andromache.

Shark populations have been recovering off the East Coast in recent years after four decades of decline, mostly caused by overfishing. B.Guests among humans are rare and most species show little interest in attacking people without provocation, although some are more aggressive than others and tend to be more disturbed by crowds.

“Usually they just ignore people,” Gavin Naylor, director of the Florida Program for Shark Research, told the BBC in 2019. “I think if people knew how often they were in the water with sharks, They would probably be surprised.”