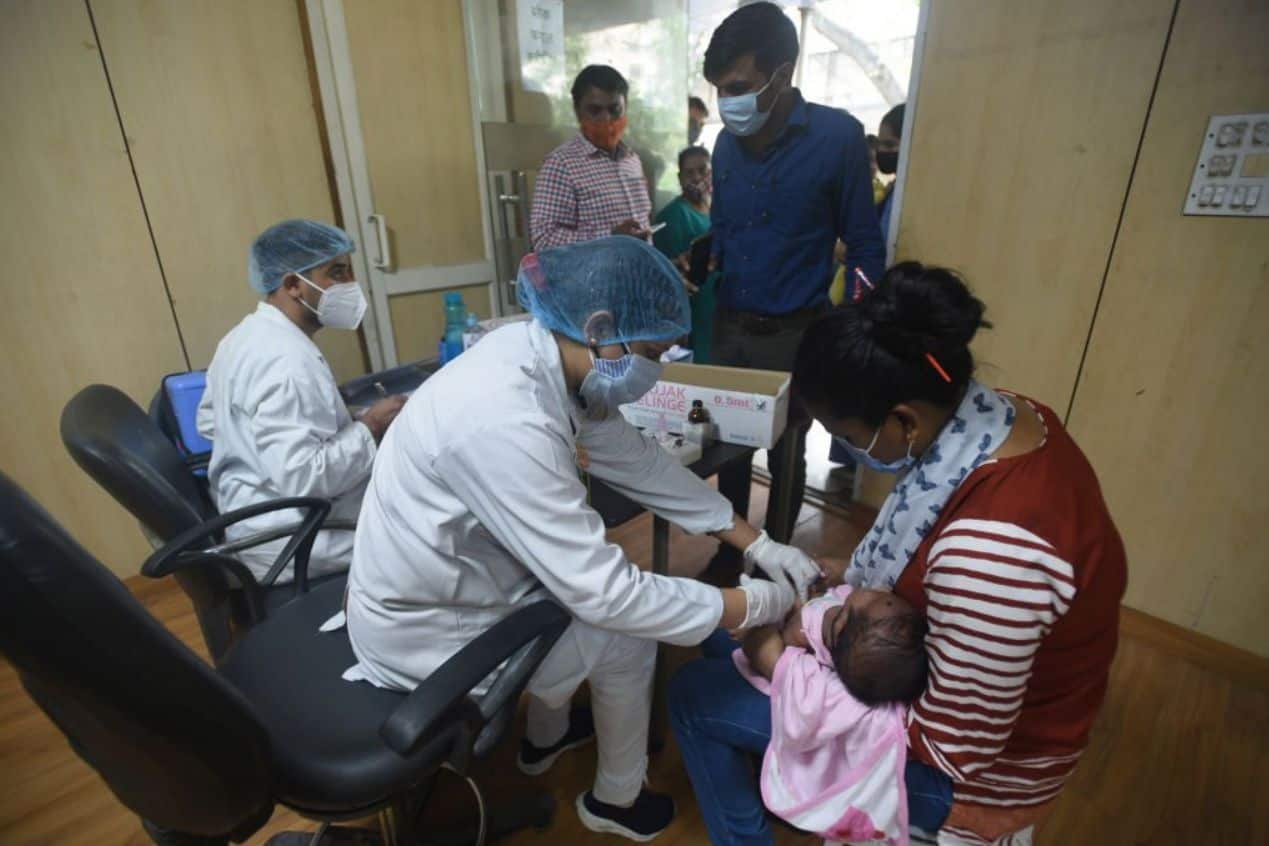 Officials say 12 children have died from measles in the western Indian city of Mumbai and its surrounding areas.

Three children died within 48 hours around October 26 and 27. This was the first reported fatality.

As of Wednesday, the city had 233 confirmed cases, a significant increase from the 92 cases and two deaths reported last year.

Officials say the increase in infections is partly due to the slow pace of vaccination during the Covid pandemic.

The latest death, announced on Tuesday, was an eight-month-old baby who had only been partially vaccinated, the local municipal authority said.

Measles is significantly more contagious than Covid and can have serious consequences, especially in children under the age of five.

Two doses of the mumps, measles and rubella (MMR) vaccine can prevent the disease, which causes a cough, rash and fever.

If not vaccinated and exposed to it, nine out of ten people can get it.

In addition to causing different rashes, measles can cause life-threatening consequences such as pneumonia and encephalitis, and sometimes it is fatal.

You can get rid of almost all these dangers by getting vaccinated.

It is more difficult for a disease to spread between people when a large part of the population is vaccinated.

However, since the start of the Covid pandemic, there has been a worrying decline in the proportion of children receiving these vaccines on time.

In 2020, 23 million children did not receive recommended childhood vaccinations. This is the highest number since 2009 and up from 3.7 million in 2019, according to Unicef.

Due to the epidemic, about 20,000 children in Mumbai could not receive the measles vaccine on time.

Executive Health Officer of Mumbai Dr. Mangala Gomare told The Indian Express that “now we are monitoring all these children and conducting vaccination camps as a priority.”

Health officials say it’s compounded by other issues, such as the driver’s reluctance to get vaccinated.

A health volunteer named Shreya Salvi told the newspaper that “after vaccination, some children have mild fever and pain in the injection area, so parents do not allow vaccination.”