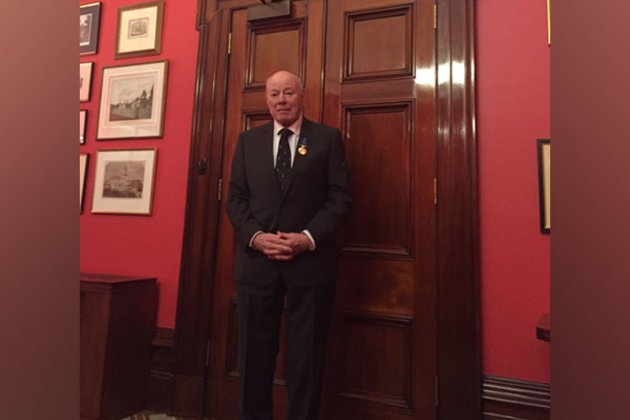 By Heena Joshi Melbourne [Australia]Jun 25 (ANI) – Australia sees India as one of its most important partners in deterring China in the Indo-Pacific as Beijing has been very brutal in the way it is behaving, former Australian MP Ivan Trayling said. .

On the great progress made in the relationship between the two countries, former Australian legislator Trayling said: “After the rise of China, it has caused more awareness of the importance of the Indo-Pacific area. The India-Australia relationship is mutually beneficial, especially for Australia…to have a much better, closer and meaningful relationship with India. I think over time it’s happening.” Asked how Australia views the deals China has signed with the Solomon Islands and Samoa along with Beijing’s ambitions in its deal with the Pacific island nation of Fiji, Trayling noted, “Australia is a medium-sized economy. We only have 25 million of people. We’re a rich country but we don’t compare to the size and economy and power of China today. It’s kind of a huge force, but they’re brutal in the way they’re behaving.” “They have been brutal in the way they have been behaving with India in the Himalayas. India in any way they can. China is trying to present India as having less influence in the Indo-Pacific area and it is that’s why they’re taking these positions in the Indo-Pacific … with the Solomon Islands and other areas. They’re trying to create a situation where they can have places in the Indo-Pacific and China is using money as a primary way to do it”. Making a comparison, former Australian lawmaker Trayling said that although the US has bases in Australia, the country still needs India’s support. “The US is using Australia in a positive way to counter China and they are putting bases here and we are accommodating to that. However, we need India’s cooperation, which is a great path in the area and throughout the world. India could eventually become a rival with China.” Speaking further about the deal Australia made with China on the 99-year Darwin Harbor lease, Trayling called the deal “the most ridiculous.” “I think the Darwin problem is very sensitive.” . The 99-year lease is the most ridiculous thing Australia has ever done. It was made for about 500 million Australian dollars. There is a lot of delicacy in these agreements. If Australia has the legislative power to stop it and cancel the lease, they can,” Trayling told ANI.

He went on to say: “But there will be a whole world of other consequential actions that will follow the cancellation of the Darwin agreement. I think it will happen, but it’s a matter of time… and what could cause the least sanction for Australia.” If we did it now, the Chinese would take pretty drastic action against Australia and the government is aware of that. But it is a situation that is unsustainable in the future. There is no way this deal will hold. in the long run… at some point it can be cancelled.” Responding to a question about a possible Chinese invasion of Taiwan, Trayling said, “I think the world is very much against China taking control of Taiwan. The Americans have indicated strong and serious support. US President Joe Biden said they will use military force to defend Taiwan. It would cause massive anti-China sentiment. “Australia supports Taiwan and it would be insane for China to invade the island nation,” he added.

Ivan Trayling also spoke briefly about Pakistan. “I think the Australian government is well aware that Pakistan is a breeding ground for terrorism. Australia is also well aware of the provocations Pakistan provides to India on its border. The duplicity of the Pakistani government during the period is well known and well established. .””The former Prime Minister of Pakistan, Imran Khan, is very anti-India and was supported by the ISI, which is always trying to find ways to engage with India and cause problems for India. The terrorism that Pakistan has provided over the years including the Mumbai terror attack…I don’t think anyone trusts Pakistan…frankly…in anything.” Australian MP Ivan Trayling also defended India’s dependence on Russia for its defense aid. In a positive tone, Trayling said: “India is heavily dependent on Russia for its military… for planes and submarines.” Trayling said: “Australia understands the delicate position India is in because India is heavily dependent on Russia for its defence.” hardware. India is also in a delicate position in terms of its dependence on Russia for oil imports. I think Australia understands this delicate position and will give India a lot of time… which India needs… the time to be more balanced in terms of its dependency. If India doesn’t get oil from Russia, its economy will suffer… its people will suffer.” Trayling said he sees a great opportunity in India-Australia trade. “There is a great opportunity for India and Australia to get a very advanced position in trade terms. If you have the will and want to move forward, you have a great opportunity. There are so many products between India and Australia that could be improved in terms of establishing a great trade relationship. Both imports and exports. It will benefit countries immensely.” With great enthusiasm, Trayling also spoke about the Indian diaspora in the country. He called the Indians in Australia the “best immigrants” to ever come to Australia.

“The Indians have been the best immigrants that have come here to Australia. They are very productive and very good citizens and they really made a great contribution to Australia. I am happy with the community in Australia and what they have achieved and what they are doing and the support they give to Australia. Most notably, in 1972 Trayling became a member of the Australian Labor Party for the Melbourne Provincial Legislative Council seat, which he held until 1982.

On September 3, 1975, Trayling met with former Indian Prime Minister Indira Gandhi in New Delhi during the “emergency” period and discussed the political situation in Delhi. He was also awarded the Queen Elizabeth II Silver Jubilee Medal in 1977. (ANI)