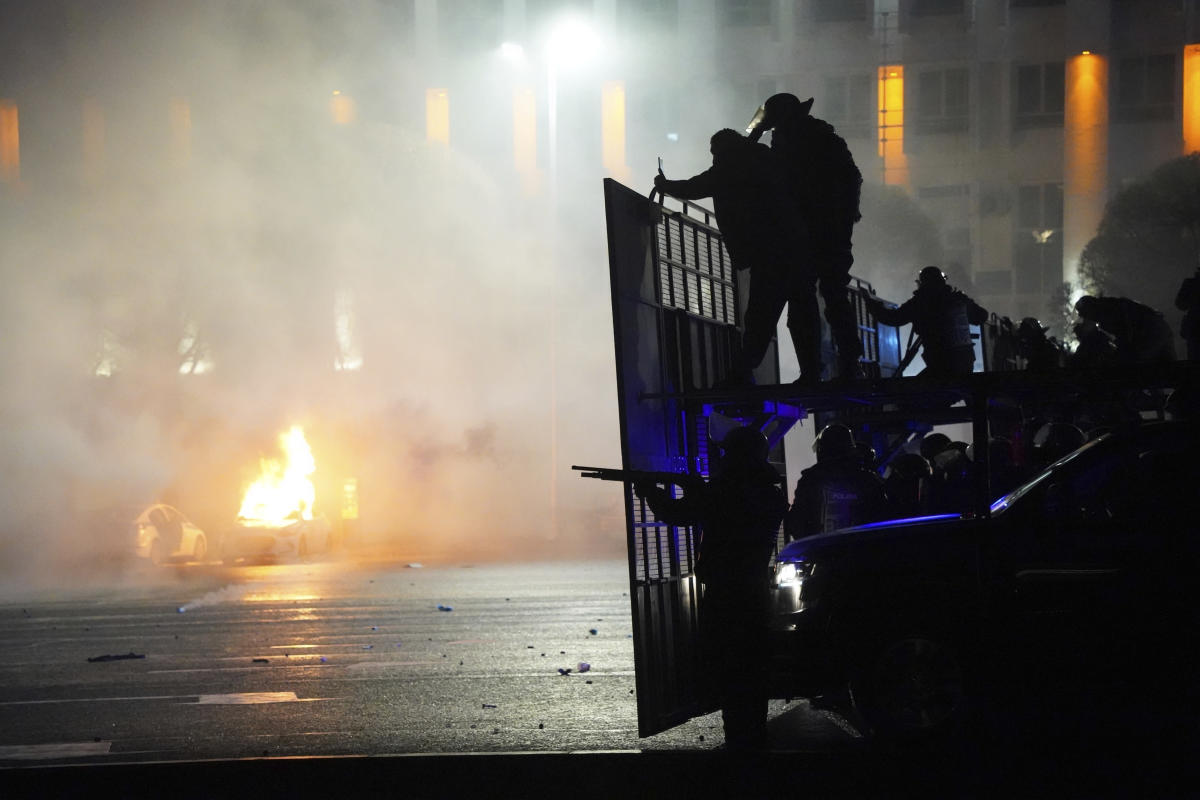 The resource-rich Kazakhstan located on the western border of China is of economic and strategic importance to Beijing and is an important link in its Belt and Road infrastructure initiative to expand its global trade and influence. policy in rivalry with the United States and its allies.

China’s response to the crisis underscores how much it prefers to influence outcomes with verbal assurances and offers of assistance, without committing troops.

“The growing closeness between Russia and China means that we can expect more rhetorical support for Moscow companies abroad, especially when they run counter to Western geostrategic goals,” Rana said. Mitter, China expert at the University of Oxford.

“However, China remains extremely reluctant to deploy People’s Liberation Army troops outside its own territory except in areas such as UN peacekeeping operations, as this would contradict its consistent claims. according to which, unlike the United States, China does not intervene in the conflicts of other countries, “says Mitter.

WHAT ARE CHINA’S OBJECTIVES IN CENTRAL ASIA?

Since the fall of the Soviet Union, China has continued to expand its economic and political influence in a region that Russia sees as its own backyard. As the largest and by far the richest state in Central Asia, Kazakhstan is the key, acting as the buckle of China’s Belt and Road Initiative, and its authoritarian policies act as a bulwark against them. democratic movements in Ukraine and elsewhere that China ridiculed as Western countries. designed “color revolutions”.

The ruling Communist Party in China, which violently repressed its own defiance of democracy in 1989, sees these movements, whether in Georgia or Hong Kong, as a threat to its own stability. In a message to Kazakh President Kassym-Jomart Tokayev amid the unrest, Chinese leader Xi Jinping said his country “will resolutely oppose outside forces deliberately creating unrest and inciting a” color revolution “in Kazakhstan.” .

China’s position dovetails with its staunch opposition to external criticism of its policies, whether of its human rights record or its vast land claims in the South China Sea, as interfering in its internal affairs.

China’s influence in Central Asia still has limits, however, and Kazakhstan may feel uncomfortable inviting Chinese troops, given China’s harsh treatment of ethnic Kazakhs and other Muslim minorities. within its borders, said Steve Tsang, director of the Chinese Institute at the University of London’s School of Oriental and African Studies.

“An important part of China’s foreign policy under Xi is to make the world safe for authoritarian states and to prevent color revolutions from spreading,” Tsang said.

WHEN IS CHINA INVOLVED?

China frequently promises retaliation for any criticism of its policies, especially when the culprits are the United States and its allies. He is much friendlier to the autocrats, promising non-interference and cooperation with anyone in power, regardless of their background in human rights and corruption.

This can be seen in his dealings with regimes that others criticize, from Burmese military leaders to the Hungarian Viktor Orban. Without acknowledging the Taliban, he is hedging his bets in Afghanistan by working with the country’s current rulers, despite their adherence to the form of radical Islam that Beijing has sought to prevent from infiltrating its troubled and predominantly Muslim region of Xinjiang, which shares a narrow border with Afghanistan and much wider with Kazakhstan.

China generally reserves action, military or otherwise, for cases where its own security is perceived to be threatened, such as during the Korean War of 1950-53, or more recently, during violent incidents along its disputed border. with India, and in particular with Taiwan, which China threatens to invade if it does not agree to unite. Beijing responded with ruthless trade and diplomatic retaliation against Lithuania when the small Baltic nation broke with diplomatic covenants by allowing Taiwan to open a representative office in Vilnius under the name “Taiwan” instead of “Chinese Taipei”.

HOW DOES CHINA SEE MILITARY ALLIANCES?

Troops, mostly from Russia, were deployed to Kazakhstan last week by the Collective Security Treaty Organization, a grouping of six former Soviet states, at the president’s request amid unprecedented violence. China officially avoids such security alliances, although the Shanghai Cooperation Organization, which Beijing dominates along with Moscow, has a security component, currently limited to joint training and other non-combat-related missions.

Unlike the CSTO, there is “no agreement on sending troops from SCO member countries,” Chinese international security expert Li Wei said. “In addition, China is sticking to the basic principle of not using force in other countries.”

UN peacekeeping operations remain the rare exception, and China is quick to point out that it is the largest contributor of forces to such missions among the five permanent members of the UN Security Council. ‘UN.

Given the growing strength of the Chinese military, some experts expect Beijing to become more open to military interventions in the future. Mitter of Oxford also points to a growing “gray area” of Chinese private security companies that can be used to protect Chinese interests “without any official government intervention.”