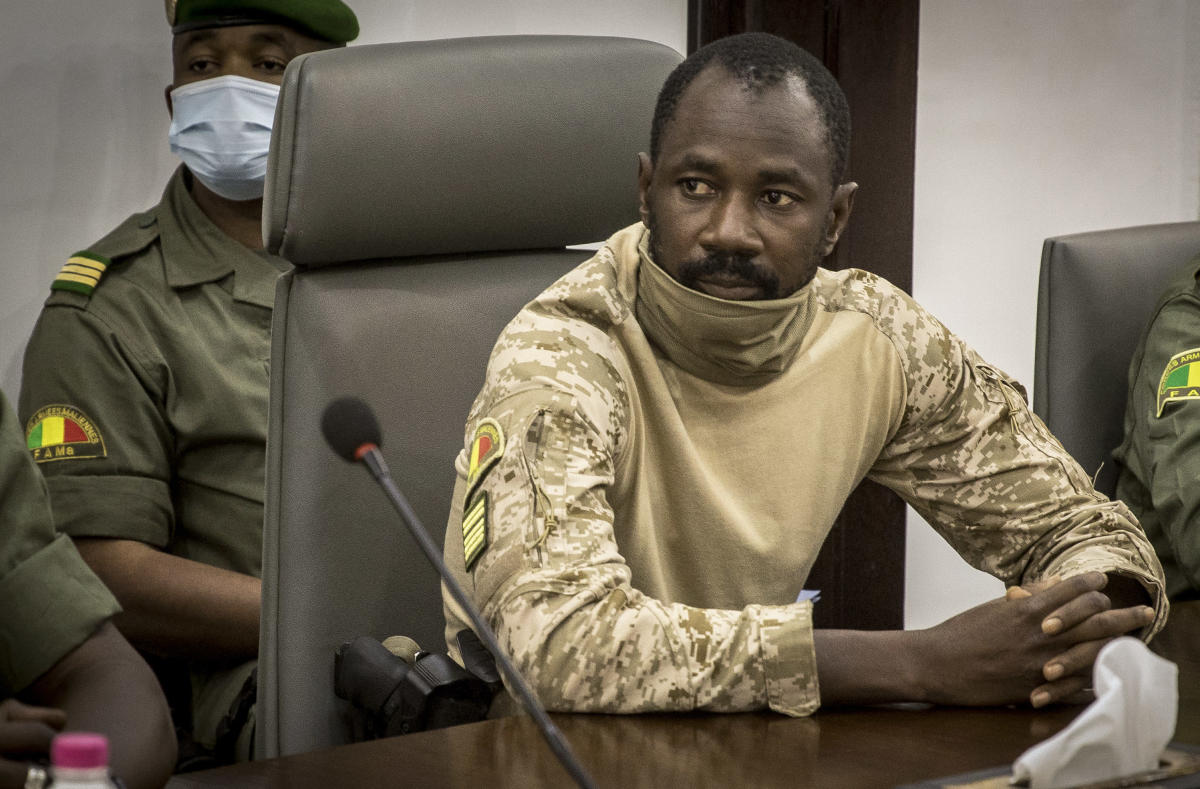 UNITED NATIONS (PA) – Russia and China on Tuesday barred the UN Security Council from backing further sanctions against Mali over the decision by its military leaders to postpone next month’s elections until 2026, a a blow to the restoration of democracy in this troubled West African country.

Kenyan Ambassador to the UN Martin Kimani said that after closed-door discussions on the draft declaration drafted by France endorsing the sanctions imposed by the West African regional group of ECOWAS, he was ” disappointed “that the council could not agree on what it called” relatively “light” press release.

Kimani said the Security Council’s failure to support ECOWAS actions prompted its three African members – Kenya, Ghana and Gabon – to speak to reporters to fully support the regional bloc’s position, “including the imposition of sanctions against the military authorities in Mali to ensure an accelerated transition to constitutional rule.

Mali has been struggling to contain an Islamic extremist insurgency since 2012. Extremist rebels have been ousted from power in towns in northern Mali with the help of a French-led military operation, but have regrouped in the desert and began to launch attacks against the Malian army and its allies. . Insecurity has worsened with attacks on civilians and UN peacekeepers.

In August 2020, Malian President Boubacar Ibrahim Keita was overthrown in a coup that included Colonel Assimi Goita. Last June, Goita was sworn in as president of a transitional government after carrying out his second coup in nine months. The junta initially agreed to hold new elections at the end of February, but the military leadership now says the presidential poll will not take place until 2026 due to worsening insecurity across the country, giving Goita four more years in power.

ECOWAS leaders responded on Sunday, calling Goita’s delayed schedule “totally unacceptable” and saying it “simply means that an illegitimate transitional military government will take the Malian people hostage over the next five years.”

They imposed new sanctions, suspending most trade and financial aid to Mali, closing land and air borders with other ECOWAS members and activating the bloc’s standby force, saying it “will have to be ready to go. any eventuality ”.

The United States, United Kingdom, France and other members of the Security Council joined Africans in supporting the actions of ECOWAS.

British Deputy Ambassador James Kariuki called Mali’s decision to postpone the elections “deeply disappointing”, saying “it calls into question the commitment of the transitional authorities to democracy and the rule of law. , despite the assurances given to the members of this council during our visit to Bamako last October. . “

US Ambassador Linda Thomas-Greenfield accused Mali’s transitional government of “a flagrant lack of political will (…) to make progress in organizing the elections” and said a five-year transition ” lengthens the pain of the people “.

The three countries have also strongly criticized the presence of the Russian private military company, the Wagner Group, in Mali.

French Ambassador Nicolas De Rivière reiterated his country’s condemnation of the deployment of mercenaries from the Wagner group “who are known to threaten civilians, plunder resources, violate international law and state sovereignty”. He regretted that Mali’s transitional authorities “are using already limited public funds to pay foreign mercenaries instead of supporting national forces and public services for the benefit of the Malian people”.

Russian Foreign Minister Sergey Lavrov said the company had a “legitimate” right to be in the West African nation because it had been invited by the transitional government, and insisted that the Russian government was not involved.

Mali’s ambassador to the UN, Issa Konfourou, told the Security Council that there were no mercenaries on Malian soil. He said Russian trainers are in Mali to advise and train its military on the use of military equipment acquired by the Russian government.

Russian Ambassador Vassily Nebenzia said: “The hysteria around the Russian business is another double standard, as it is clear that the market for these services is monopolized by Western countries.

Konfourou said the government was “” shocked “by the economic and financial sanctions by ECOWAS and” strongly condemned these illegal and illegitimate measures. “He said Goita called on ECOWAS” to reconsider its interpretation of the situation. in Mali ”, remains open to dialogue with the regional bloc, and“ reiterated its desire to spare no effort to ensure the rapid reestablishment of constitutional order in a safe and secure Mali ”.

Diplomats said Russia viewed the council’s proposed statement as unbalanced and that Nebenzia was sympathetic to the government.

“We understand and are aware of the difficulties encountered by the Malian authorities in the preparation of the legislative elections”, declared the Russian ambassador. “We agree that without restoration of government control in many parts of the country, it will be difficult to see the vote as legitimate.”