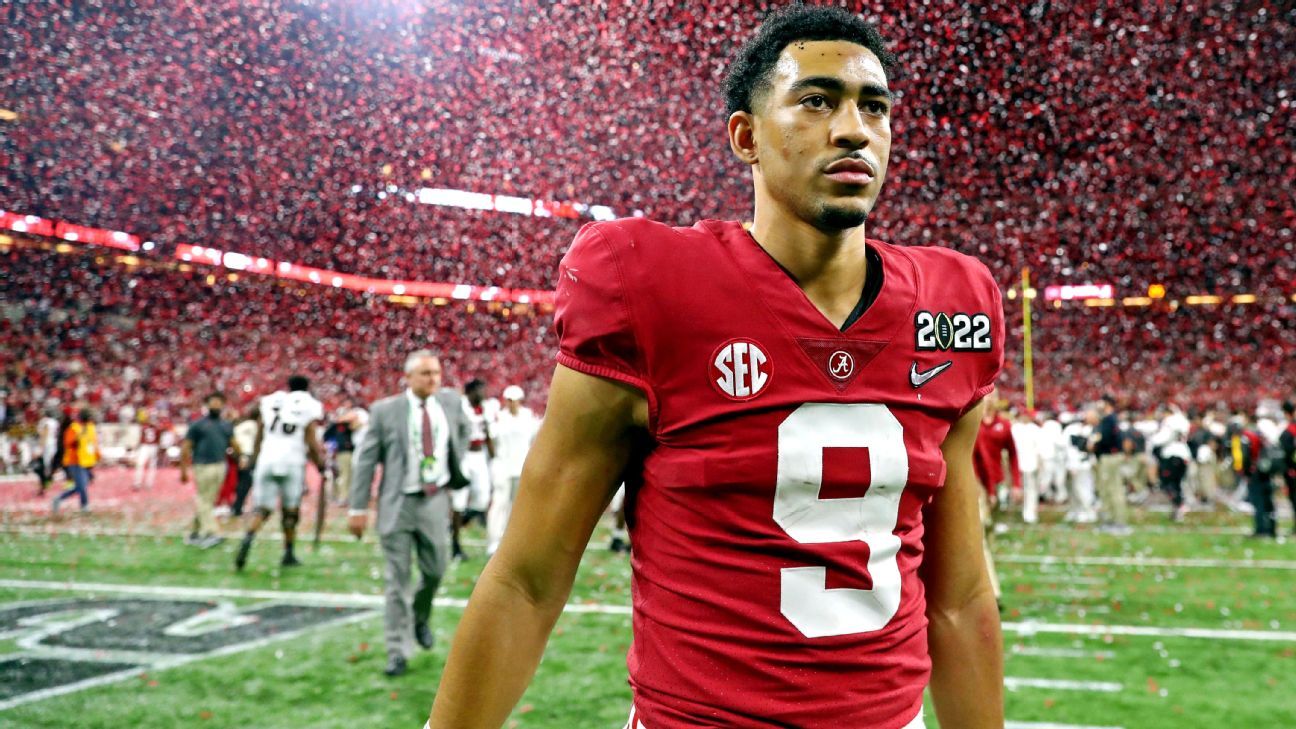 INDIANAPOLIS – Alabama quarterback Bryce Young bore much of the blame following the 33-18 loss to Georgia on Monday night in the National College Football Playoff Championship presented by AT&T.

“We had a lot of opportunities, moved the ball relatively well. We did some things well. We didn’t execute, and at the end of the day it’s my turn,” said Young. , who kicked the ball a season high. 57 times and has been sacked four times.

In Alabama’s 41-24 victory over Georgia in the SEC Championship game a month ago, Young hasn’t been sacked once. But he was under relentless pressure on Monday and took as many hits as he has had all season. Nonetheless, Young lamented that he couldn’t make more plays for his teammates. This is despite the fact that Young wore the Tide for much of the season en route to winning the Heisman Trophy in his first season as a starter.

“I love my guys. I will always love my guys. I wouldn’t trade my guys for anything,” Young said. “And… it’s a little hard to let them down today. But I love these guys and they’ve stepped up. Adversity has been our thing all year. I just gotta do better with it.”

Young played most of the game without his top two receivers. John Metchie tore his ACL in the SEC Championship, and Jameson Williams injured his knee early in the second quarter on Monday after catching a 50-yard pass and was unable to resume the game.

Metchie and Williams have combined for 23 touchdown receptions this season, and with his two best playmakers gone, Young couldn’t enjoy Georgia high school like he did in Game 1 against the Dawgs when he did. set an SEC championship game record with 461 yards of total infraction. He had three touchdowns and ran for another touchdown in that game.

Alabama moved the ball against the Georgian defense and pulled off some big plays, but struggled to complete practices. Three times in the game, the Tide had their first tries inside the Georgia 20-yard line and could only score field goals. Two of them were first and inside goal situations.

“I just didn’t run, for one reason or another,” Young said of Tide’s inability to score touchdowns. “I didn’t execute and the ball hits my hands every play. It’s my job to put the ball in the end zone.”

Young had only thrown five interceptions all season, but he threw two against Georgia – one of them was sent for 79 yards for a touchdown by Kelee Ringo in the last minute of the game.

“Some looks took me a bit just to get off,” he said. “The O line fought and fought all day, all season, and some of these things can look like, can look inside, can look like a pattern, but there’s a lot that I have to do with that. And I think they changed some things, had different tendencies. And I have to deal with that faster, just make the right play for the team better than I did tonight. “