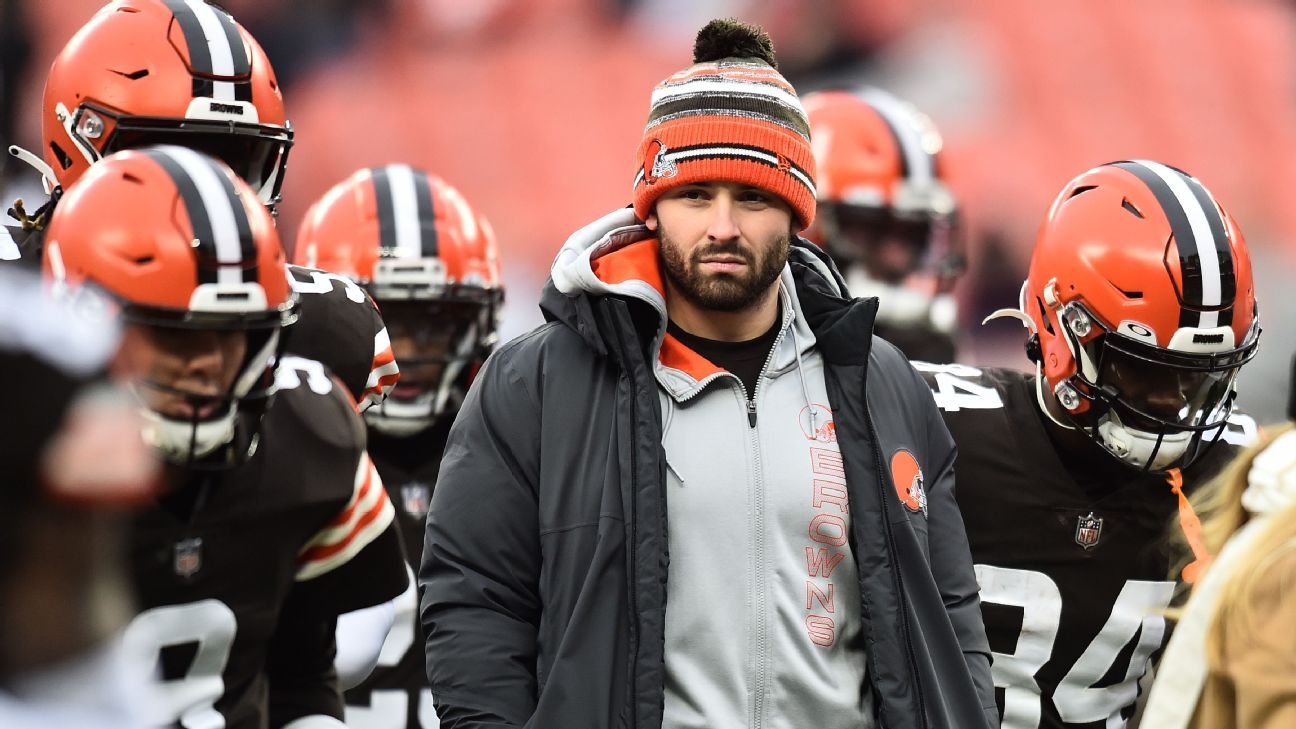 BEREA, Ohio – General manager Andrew Berry said on Tuesday the Cleveland Browns “fully expect” Baker Mayfield to be their starting quarterback in 2022 and “bounce back” from an injury-ridden season.

“It’s easy to forget at this point in the year what we’ve seen with Baker over the past few years,” Berry said. “We’ve been with Baker for a long time – we know his work ethic, we know his drive, we’ve seen it [be] a talented passer in this league, and we look forward to him regaining his health and continuing to improve. “

Mayfield played through a torn labrum in his non-pitching left shoulder he suffered in Week 2, an injury that also forced him to wear a harness to hold the shoulder in place. He ended the year completing just 60.5% of his passes for 3,010 yards and 17 touchdowns, with 13 interceptions.

Berry, however, was quick to point out that Mayfield last season gave the Browns their first playoff victory in 26 years, while also thriving in coach Kevin Stefanski’s system. Mayfield finished the 2020 season ranked 10th in the league in QBR (65.5)

“We look forward to Baker being healthy this offseason,” said Berry, “and then doing a good job throughout the spring and with his coaches to have the kind of season that we know he will be. ‘he can have.”

Mayfield is due to have surgery to repair the labrum on January 19, with the hopes that he will be back in time to participate in the team’s organized activities, which usually begin in late May. He will enter the final year of his rookie contract, which will net him nearly $ 19 million in 2022 after the Browns exercised his fifth-year option last offseason. The Browns drafted Mayfield with the No.1 pick in 2018.

“Baker, he’s team oriented, he’s a competitor, he’s super tough,” said Berry. “And he really wants the best for the team and really wants to take the steps he needs to improve himself to be the quarterback we know he can be.”