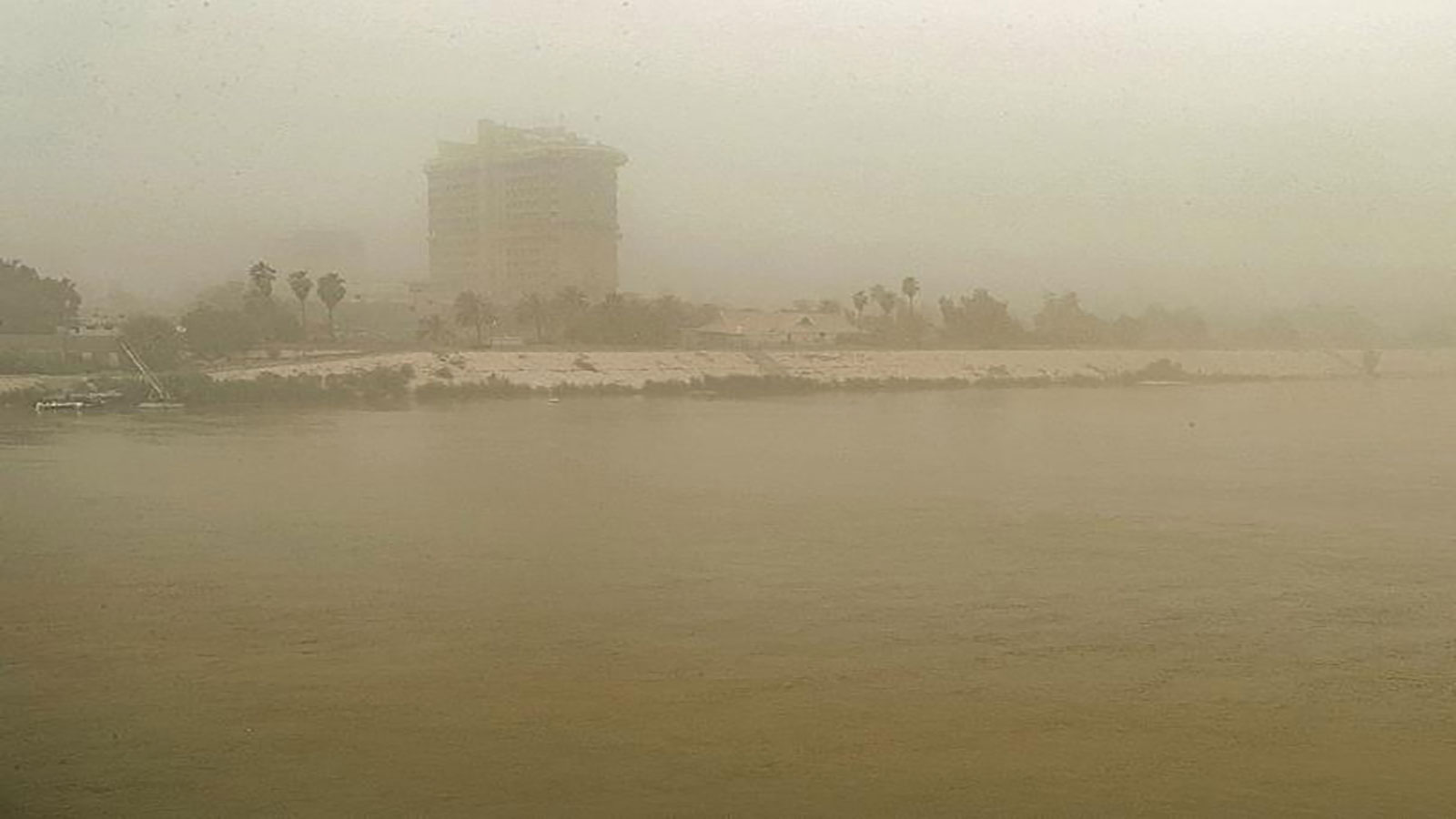 On Wednesday, most of Iraq was affected by a dust storm, the third in less than two weeks, which caused the closure of two international airports in Baghdad and Najaf, in an increasingly recurring phenomenon.

The dust storm caused dozens of cases of suffocation, who were taken to hospitals after suffering respiratory problems, according to “Euronews”.

Most of the people admitted to hospitals were elderly and had asthma.

A cloud of yellow dust covered most of Iraq, including the capital Baghdad, and is expected to continue into Thursday, according to the local weather department.

Due to bad weather conditions and “visibility is less than 500 meters”, flights at Baghdad airport were suspended, according to an official statement from the airport, which added that “the movement of incoming and outgoing aircraft will return to normal if weather conditions improve.

Flights to and from Najaf International Airport, south of Baghdad, were also suspended, according to the official source. “The dust affects the whole of Iraq, especially the center and south of the country,” Iraqi weather media director Amer Al-Jabri told AFP.

Al-Jabri noted that “Iraq is subject to climatic fluctuations and suffers from lack of rain, desertification and the absence of a green belt, all of which lead to rising dust.”

Last week, Iraq was hit by two sandstorms, causing dozens of hospitalizations for respiratory problems, and Baghdad and Najaf airports were closed for several hours.

Iraq is one of the five countries most vulnerable to climate change and desertification, especially as a result of increased drought with high temperatures exceeding fifty degrees Celsius for several days in the summer. Last November, the World Bank warned of a 20 percent decline in Iraq’s water resources by 2050 due to climate change.

For his part, the Director General of the Technical Department of the Iraqi Environment Ministry warned in an interview with the Iraqi News Agency of the increase in sandstorms, especially after the number of dusty days increased to “272 days per year over a period of two decades. And it is likely to “reach 300 dusty days a year by 2050”.

Increasing vegetation cover and planting forests with dense trees to serve as windbreaks are the most important solutions needed to reduce the rate of sandstorms, according to the ministry.