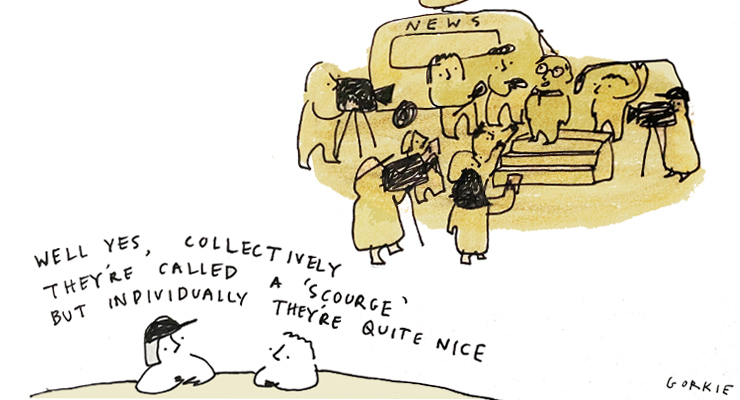 Some members of the press have dropped the ball on this election. But many problems related to the preparation of elections have arisen from important reports and talented journalists.

There is no question who is getting the worst press out of the current election. That would be, umm, the press itself. Hating Australia’s media seems to be the number of Australians passing the time while waiting for the election campaign to end. It’s dominating social media: If there’s a word cloud for this election, the journalistic takedown GOTCHA! It would be the center of the field.

Sure, I hate the media, but let’s leave journalists out of it. Furthermore, let us recognize that many individual journalists, most of them, are actually doing a great job. It is the journalists, not the mass media, who amplify the agenda (with significant contributions from Twitter), story by story.

The central issues that are shaping the elections, such as the treatment of women in politics, the corruption inherent in a politicized grant process (and the resulting demand for a national ICAC), the crisis in elderly care, they all started out as news, dug out and spread by journalists.

Read more about how journalists have shaped this election campaign.