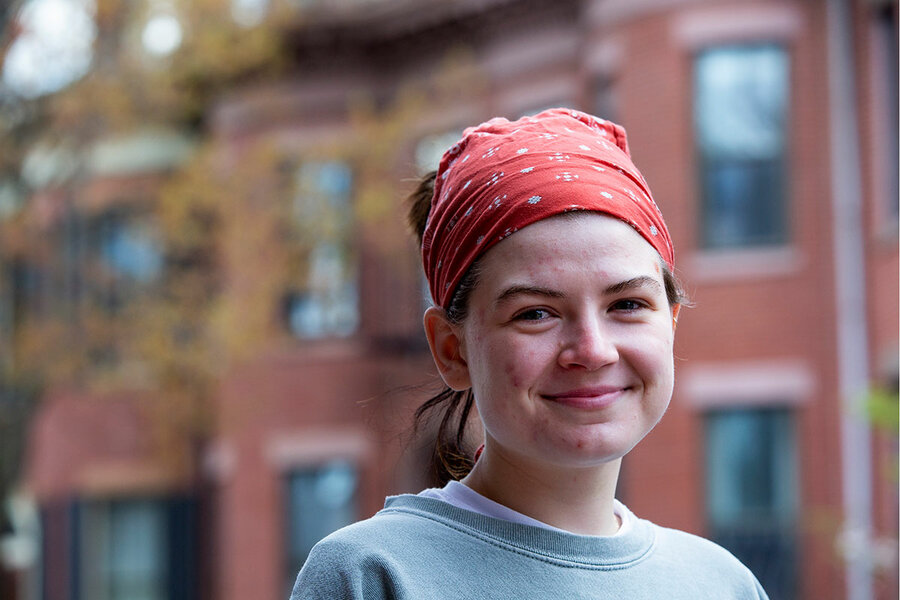 Boston’s South End and the nearby Roxbury neighborhood have long struggled with homelessness. The largest homeless populations in the city are found in these neighborhoods. Several local organizations strive to provide assistance to their vulnerable communities, but one program stands out with an unusual approach.

Instead of relying on volunteers or helpers to staff its soup kitchen, Haley House seeks people, of all ages and backgrounds, interested in investing two years of their lives to support lasting solutions to social problems. In return, they receive room and board, live “in community” above Haley House, manage their kitchen, and look after their guests.

Homelessness and food insecurity don’t exist in a vacuum, which is why Boston’s Haley House staff doesn’t work in one, either. The organization’s internal model takes a holistic approach through empathy and community.

“The purpose of the resident community is to befriend those who come to the soup kitchen to develop relationships with them,” says Kathe McKenna, who co-founded Haley House in 1966 with her husband John.

Those connections have great benefits.

“Without this place I wouldn’t exist. These people are angels,” says Linda Bell, a regular at Haley House’s free morning breakfast.

“The people I met here made me a better person. I feel very lucky and grateful,” she says.

Libby Federici loves her job at Haley House, a soup kitchen in Boston’s South End neighborhood. On a recent weekday morning, she was busy greeting guests, assisting volunteers, making fresh cups of coffee, and answering endless questions. Butter? We have tons. Cups? I’ll get some from the basement.

The guests, some of whom face homelessness or live in low-income housing, bask in its warmth.

“Without this place I wouldn’t exist. These people are angels. They are my guardian angels,” says Linda Bell, a regular at Haley House’s free morning breakfast. On a typical day, the soup kitchen hands out between 50 and 100 meals.

Homelessness and food insecurity don’t exist in a vacuum, which is why Boston’s Haley House staff doesn’t work in one, either. The organization’s internal model takes a holistic approach through empathy and community.

That feeling of home and connection is intentional at Haley House, a program that for five decades has comprehensively addressed the social issues facing Boston’s South End through its soup kitchen, affordable housing, urban gardens and nutrition education programs. . The organization welcomes people facing homelessness and formerly incarcerated people as a valued part of the larger community. But instead of relying on volunteers or helpers for its soup kitchen staff, Haley House seeks people, of all ages and backgrounds, interested in investing two years of their lives to support lasting solutions to social problems. In return, they receive room and board, live “in community” above Haley House, manage their kitchen, and look after their guests.

“It’s really important to get to know people as people,” says Ms. Federici, who also works as an outreach and development assistant for the organization, as well as serving on its board of directors.

Haley House volunteers prepare breakfast for guests at the organization’s soup kitchen in Boston, on April 22, 2022. Six days a week, guests are treated to hearty meals made from scratch.

Boston’s South End and the nearby Roxbury neighborhood have long struggled with homelessness, even as the area has gentrified. The city’s largest homeless populations are in these neighborhoods, and community gatherings have increasingly sought to address transient populations swollen by an opioid crisis and global pandemic. Haley House isn’t the only effort trying to meet the needs of the homeless; the Pine Street Inn, for example, supports nearly 2,000 men and women every day; and St. Francis House welcomes 6,300 visitors a year and offers 102 affordable housing units.

But Haley House, which operates in both the South End and Roxbury, considers a wide range of needs, from youth programs to job training to support for the elderly, as it seeks to address some of the fundamental problems of homelessness and insecurity. food.

“There is that deep-rooted connection to the community that [Haley House workers are] they can develop during their time here,” says Sean Ahern, chief operating officer of Lovin’ Spoonfuls, a nonprofit organization that has delivered food to Haley House since 2011. More importantly, about people.”

In 1966, Kathe and John McKenna began inviting rough sleepers in their neighborhood to live with them in their South End apartment, offering them food, shelter, and some connection. Their small efforts grew as they found funding and eventually bought property and opened Haley House as a soup kitchen a year later, living in the upstairs rooms. Inspired in part by the Catholic Worker Movement, which espouses the belief that to serve the poor one needs to live among them, they quickly saw the value of developing long-term connections with those they sought to help. The focus eventually became her model of staff living and working at Haley House.

“The purpose of the resident community is to befriend those who come to the soup kitchen to develop relationships with them,” says Ms. McKenna, who is now retired from Haley House operations.

“The biggest offering that Haley House has for Boston is an example of how all these pieces are linked: food, training, jobs, housing,” he says. “We couldn’t solve that whole problem of housing the homeless. We couldn’t give everyone a job. But what we did was create models.”

This day’s meal at Haley House is chicken and rice, salad, mangoes, and apple crisp.

How does it work

Intern applicants who pass the first round of the application process work in the soup kitchen for two weeks and then spend a week contemplating their experience. This gives Haley House executives and applicants more time to decide if they are a good fit.

“You can do many different types of work that are aligned with your values ​​or [are] mission-focused. You can also find different ways of living with people who share your values,” says Ms. Federici, who moved to Boston from Washington, DC, for her graduate studies and joined Haley House in 2020. “It’s rare that you can do both. of those things at the same time.

Haley House workers assume all responsibility for soup kitchen operations, from preparing the menu to connecting with community partners and meeting guests. New resident members are paired with mentors who offer guidance.

On a typical day, one member is designated to be “the wave of the day” by acting as greeter and resolving any conflicts. After breakfast is cleared, the members retire upstairs, where they each have their own room or one they share with a roommate, depending on the number of people in the cohort. There is also a kitchen, dining room, and gathering spaces for the cohort to mingle, relax, and unwind. Although the soup kitchen stops serving food at 9 am, people arrive at all hours of the day and night, asking for food packages and blankets.

It may be a 24/7 commitment, but Ms. Federici has found the arrangement the perfect way to connect with the city outside her “grad school bubble.” She has enjoyed the opportunity to forge deeper relationships throughout her two-year stay.

The soup kitchen has been a permanent fixture of Haley House since 1967, but the organization has grown as it has responded to and learned from its community. It now operates 110 affordable housing units, 24 single rooms for the formerly homeless, an urban farm that delivers free produce to more than 60 community seniors, and classes that teach cooking skills and nutrition to more than 350 students a year. . It also fills up to 200 bags for a food pantry each week. Since 2005, the Haley House Bakery Café in Roxbury has offered a job training program for citizens struggling to find work after incarceration. (The bakery is currently closed for renovation.)

It all adds up to a collective effort to combat systemic problems associated with homelessness, incarceration, and food insecurity.

Since Haley House is rooted in community and relationships, farewells can be difficult, especially for the members who live there. As Mrs. Federici prepares to complete her engagement this spring, she reflects on the importance Haley House has had in her own life.

“It’s pretty hard not to leave this place in a different frame of mind than when you arrived,” he says from his perch at the door greeting guests. “The people I met here made me a better person. I feel very lucky and grateful.”