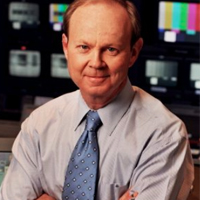 Dr. Linda Rosenstock has an MD and an MPH from Johns Hopkins, and was a Robert Wood Johnson Clinical Fellow. She is currently Dean Emeritus and Professor of Health Policy and Management at the UCLA Fielding School of Public Health, but has also spent years in government and served on President Obama’s Advisory Group on Prevention, Health Promotion, and Public Health. and Integrative.

Following the publication of Judge Alito’s memorandum Roe vs. Wade, was asked to comment on the state of abortion in the United States. Here is what she said:

These are not simply the opinions or perceptions of a single health expert. They are supported by the following facts:

2. About half of all pregnancies in the US are unintended. Of the unwanted, approximately 40% of women chose to terminate the pregnancy through an abortion, either procedural or chemically induced.

3. The decline in the number of abortions has coincided with increased access to long-acting reversible contraception, including IUDs and contraceptive implants. These options are now safe, increasingly covered by insurers, and more accessible to at-risk populations.

4. The increasing inclusion of sex education in middle and high school curricula has been accompanied by a decline in high school sexual activity by 17% between 2009 and 2019.

5. There were 629,898 abortions recorded by the CDC in 2019. For every 1,000 live births that year, there were another 195 women who chose to terminate their pregnancies. Nearly half of first-trimester abortions are now chemically induced through Plan B-type pills.

What is clear from these figures is that knowledge of and access to contraception is the best way to decrease the number of abortions in the United States.

We have known this for some time. But when the time comes, the actions of right-to-life advocates, including conservative Catholics and evangelical Christians, have revealed (by their actions) that a broader agenda than simply eliminating abortions is at stake here. That broader agenda includes patriarchal control over women’s sexuality and birth rates in America.

Overcoming this opposition requires excellent messaging, service acquisition, information support, privacy, and short-term follow-up. These seem to be well within the wheelhouse of health education entrepreneurs.

That contraception is safe and effective, and that it reinforces the autonomy of women and their labor insertion, is no longer debatable. Options for birth control have also expanded. Reversible contraceptive implants are now chosen by 16%, IUDs by 21%, and surgical tubal ligation by 28%.

If one looks at the track record of those leading the charge to eliminate Roe vs. Wade (in and out of the Supreme Court), including De Santis-level book sanctions, pedophilia fantasy, insistence that failed “abstinence-only” sex education works, and highly organized attacks on women’s services provided by Planned Parenthood, it is reasonable to assume that Alito’s assurances that overriding privacy precedents apply only to abortion are unreliable.

Judge Alito’s trustworthiness must be seen through the lens of the testimony provided by Judges Kavanaugh, Barrett, and Gorsuch, under oath, on the subject during their confirmation hearings. Alito and these co-signers on his recent draft claim that Roe vs. Wade Y Planned Parenthood vs. Casey are different because[a]abortion destroys. . . potential life” and “none of the other decisions cited by Roe Y Casey “imply the critical moral issue raised by abortion.”

But the history and performance of these five justices, their original and current supporters, their documented religious orthodoxy, and the network of conservative schools and think tanks that feed their deep-seated prejudices all suggest “buyer beware.”

Other rights recently granted under these privacy precedents include:

Paraphrasing the proverb from a book called The court and character of King James by Anthony Weldon, 1651: “Fool me once, what a shame. If you fool me twice, it’s my fault.”

Mike Magee, MD is a medical historian and health economist, and the author of “CodeBlue: Inside the Medical Industrial Complex”