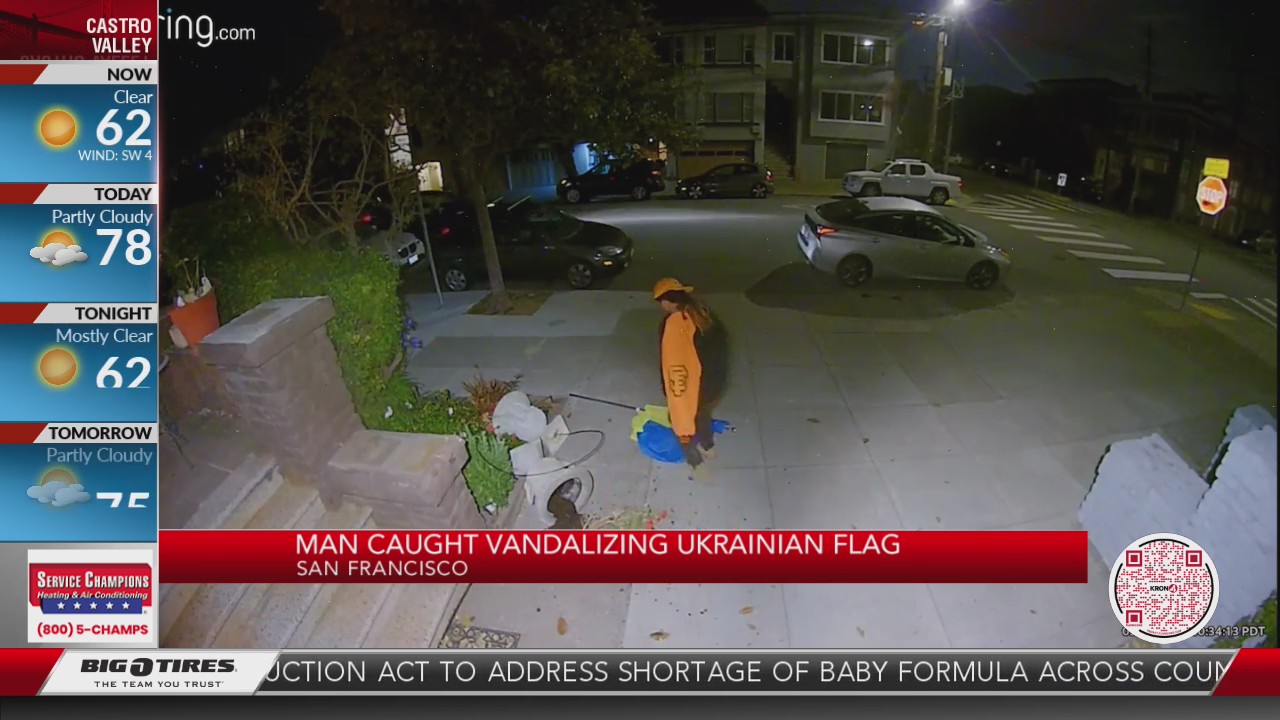 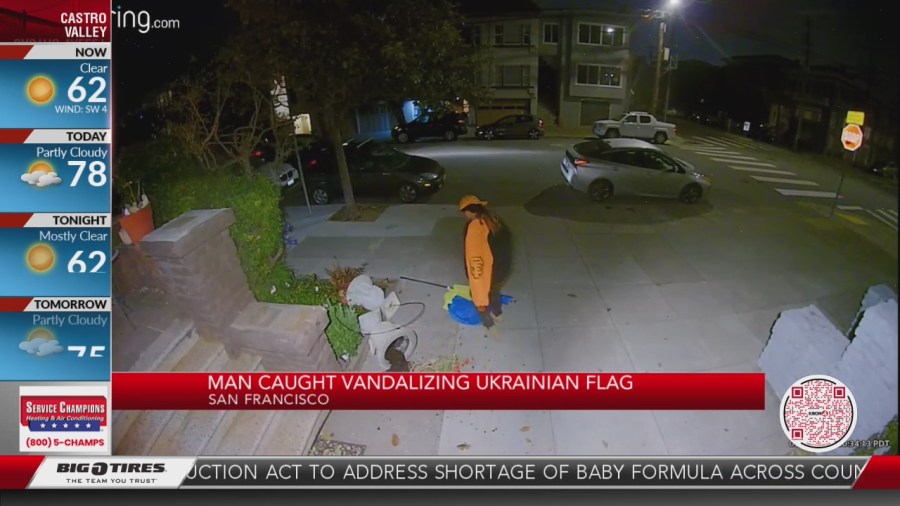 SAN FRANCISCO (KRON) — A homeowner is upset after a vandal toppled two Ukrainian flags from her front porch.

Leanna Dawydiak grew up in San Francisco and traveled to Ukraine in the past to visit family, so she is particularly distressed by the scene left on her driveway.

This is video of the vandal walking onto his front porch in the Richmond district last Sunday, half an hour after midnight.

The video shows him going straight for the yellow and blue flag, ripping it off the mount causing a flower pot to topple over.

He walks away only to return and knock down a second Ukrainian flag. Regardless of the reason or motive. The owner is upset by these actions.

Those flags are once again raised and proudly blowing in the breeze. Dawydiak has lived in the same house in the Richmond district for more than 30 years.

He even served on the police force as a sergeant and tells me that times are getting noticeably harder to live in San Francisco, especially in the last three years.