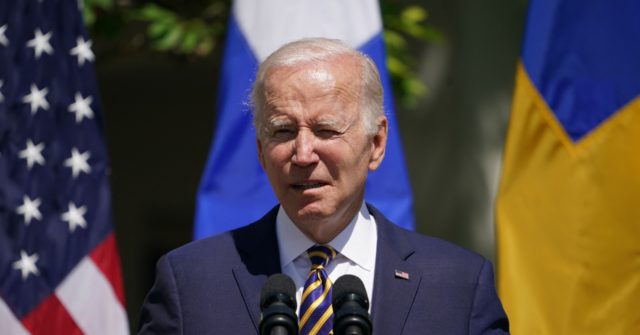 The existing home sales rate fell in April, the third consecutive month of declining sales, even as prices rose to a new record.

Existing home sales fell 2.4 percent to a seasonally adjusted annual rate of 5.61 million in April, the slowest rate since June 2020, according to data released Thursday by the National Association of Realtors.

While real estate was generally considered an essential service, sales came to a halt in June 2020 due to the pandemic, travel restrictions, and social distancing. In many places, prospective buyers were required to wear masks, gloves, and even foot coverings.

Sales were 5.9 percent lower than the prior year level.

Home prices continued to skyrocket. The existing median price of a home sold in April rose to a record $391,200, 14.8 percent above last year’s median price.

“The market is quite unusual in that sales are down, but listed homes are still selling quickly and home prices are much higher than they were a year ago,” said Lawrence Yun, chief economist at NAR. Existing home sales are booked at closing, meaning these homes would have gone into contract in February and March. Mortgage rates rose sharply in the second half of February and March, making home affordability a more difficult hurdle for many would-be buyers. “Higher home prices and sharply higher mortgage rates have reduced buyer activity,” Yun said. “It looks like there will be more declines looming in the coming months, and we are likely to return to pre-pandemic home sales activity after the notable increase of the past two years.”

There are some signs that high prices are attracting more sellers to the market. Total housing inventory at the end of April stood at 1,030,000 units, up 10.8 percent from March but down 10.4 percent from a year ago. At the current rate of sales, there is 2.2 months supply of unsold homes on the market, up from 1.9 months in March and down from 2.3 months in April 2021.

“Housing supply has started to improve, albeit at an extremely slow pace,” Yun said.

The share of first-time buyers in April was 28 percent, down from 30 percent the previous month and 31 percent a year ago. Historically, first-time buyers made up about 34 percent of the existing housing market, but many new families have been left out of the market.

Rates have continued to rise, putting homes even further out of reach for many who would like to buy a home. The thirty-year fixed mortgage rate hovered around 3.75 percent in early March. Now it hovers around 5.25 percent.