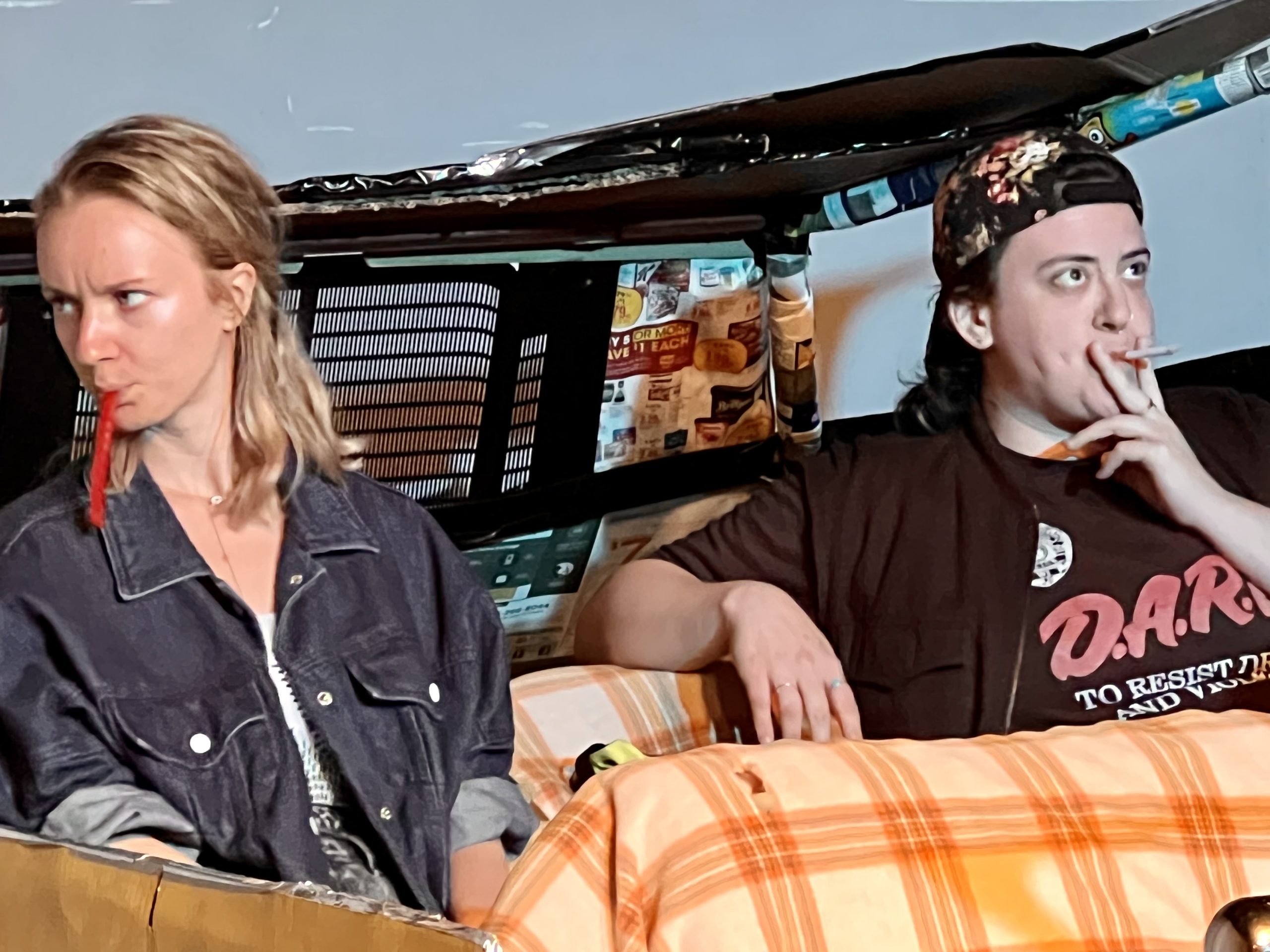 Nealshow Productions premieres the road trip comedy from Pat Radke and Dave Satterwhite. Candyce (Lee Satterwhite), wearing a World War I helmet and goggles, is behind the wheel of a high school art project that replaces a car. While he’s nominally a rideshare driver, he doesn’t seem to be particularly adept at geography, making money, or anything mundane. Candyce is going through something of an existential crisis, which is exacerbated by frequent solipsistic calls from his Boomer dad, Barney (Scott Minches), and a succession of weird radio shows and wacky music that often comes off as the inside of the. monologue.

When you collect your first (and only) fare, things get even more complicated. Pat (Leslie Halverson) and Dave (Gail Harder) are in the middle of their own psychodrama before jumping into Candyce’s cab and turning it into a circus on wheels. While gender ambiguity certainly underpins many of the exchanges between these three troubled souls, the most winning aspect of the play is its assault on language. Pat, especially, likes to use common phrases incorrectly, but everyone who speaks takes familiar expressions and mutilates them in hilarious and sometimes memorable ways. Coleman Zurkowski’s original music contributes to the almost recognizable yet out of place vibe of the entire piece by blending dance, pop and kraut rock into a soundtrack fit for the journey this trio is on. I could have done without the predictably dark ending, but it’s one hell of a ride before they get there.