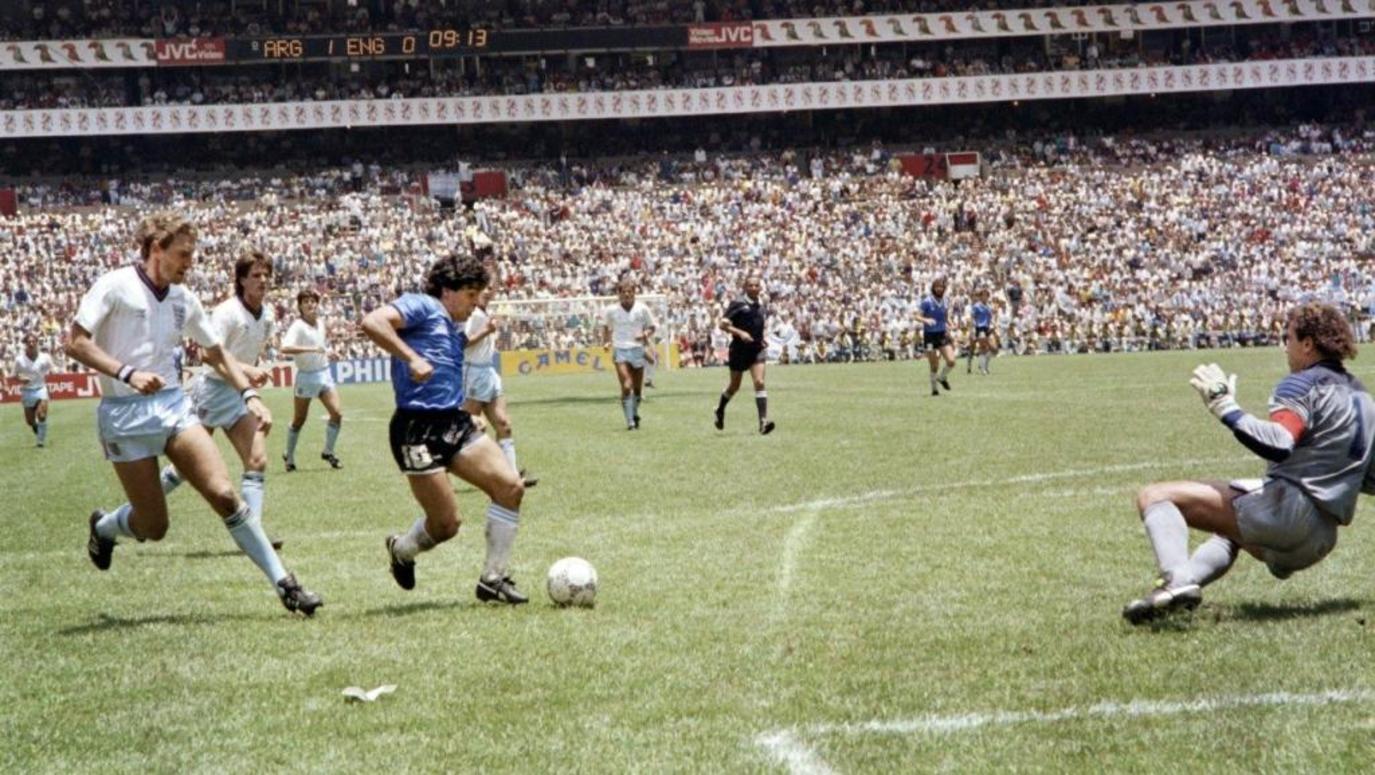 The previous sportswear record was a jersey worn by American baseball legend Babe Ruth in the late 1920s, which sold in 2019 for $5.6 million. The sale price of Maradona’s jersey also exceeded the price of the 1892 Olympic Manuscript, which sold for $8.8 million in December 2019, setting an all-time record.

The sale has been online since April 20. As of Wednesday, only one offer, of around $5 million, has been registered. But the sale had a stir in the last few minutes, with several offers responding to $9.28 million, including costs. Sotheby’s did not immediately reveal the identity of the buyer or buyers.

In 1986, Maradona exchanged his shirt at the end of the game with English midfielder Steve Hodge, who had owned it for more than 35 years and lent it to the Manchester Museum. The two players told the story in one of his books.

That match was one of the most memorable in World Cup history and gained special meaning for Argentina because it was played just four years after they lost the Malwy War.

The match was etched in soccer folklore by two goals from Maradona: one infamous and the other the pinnacle of splendor at the famous Asteca stadium in Mexico City.

The first came in the 51st minute when Hodge intercepted a ball just outside the England box and tried to return it to his goalkeeper Peter Shelton, Maradona ran towards him inside the box and got up to follow him with his head as the goalkeeper he left, but used his hand to open the scoring.

The English players protested to the Tunisian referee, Ali Bennacer, but he ignored them and scored the goal.

Four minutes later, Maradona hit again and this time there was no doubt. The Argentine star received the ball in the middle of the field and manipulated four English defenders before dodging goalkeeper Shelton and shooting on goal, the goal that was chosen as the “goal of the century” in a poll carried out by the International Federation of Football Associations. Football (FIFA).

Maradona then added two goals against Belgium in the semi-finals, before contributing to his team’s 3-2 victory over West Germany in the final and lifting the prestigious trophy as captain of his country.

Maradona died on November 25, 2020 at the age of 60, as a result of a heart attack, after suffering a long period of health problems.