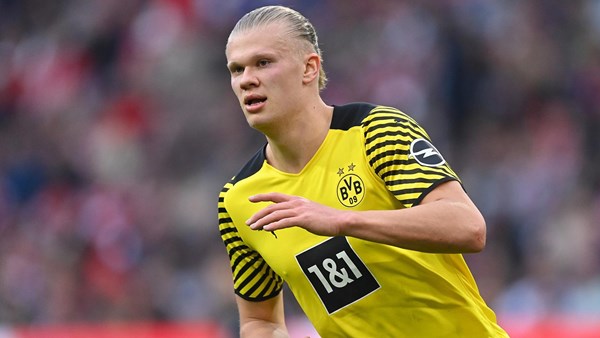 News reports said that Norwegian Erling Haaland, the attacking star of German soccer Borussia Dortmund, has told his club that he will leave the team at the end of the season to join Manchester City.
And the television network “Sky” and the news portal “The Athletic” reported that the executive director of Manchester City, Ferran Soriano, told his counterpart at Borussia Dortmund, Hans-Joachim Watzke, that the club would activate the clause penalty on Haaland’s contract, which is worth 75 million euros ($78.9 million). A comment from Dortmund was not immediately possible, but Sebastian Keil, head of the German club’s professional players committee, told “Sport 1” that Halland’s future may be decided in a few days.