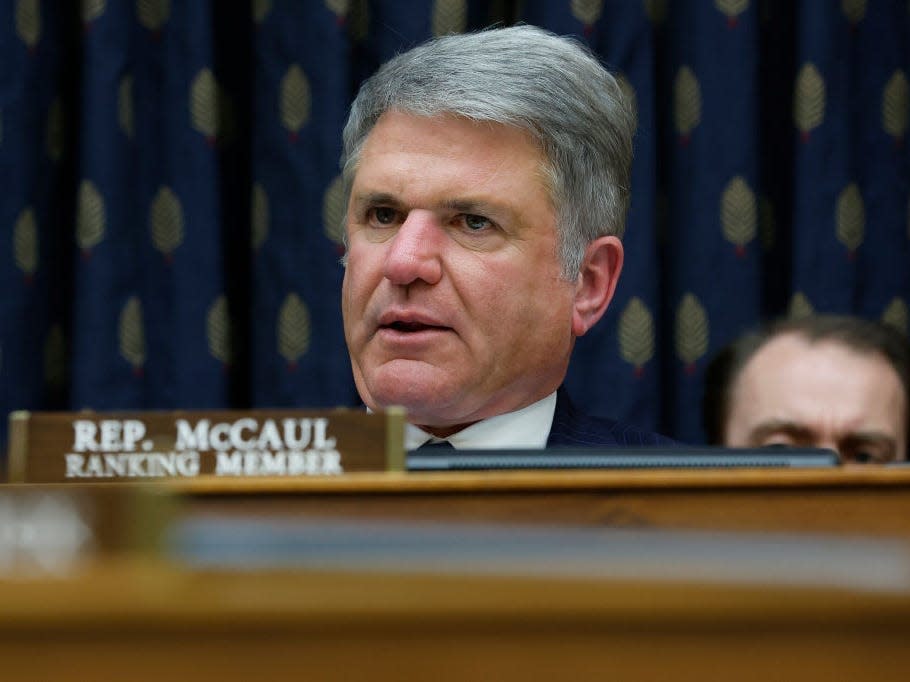 Republican Rep. Michael McCaul of Texas said Sunday that while he would not personally bring classified materials to his personal residence, he argued during an interview that “a different set of rules” applied to former President Donald Trump.

during a interview On ABC’s “This Week” with co-host Martha Raddatz, McCaul, a former federal prosecutor and ranking member of the House Foreign Affairs Committee, said that while he had extensive experience handling sensitive documents, he had never he had served as commander-in-chief. -boss.

“You know, I’ve lived in the classified world for most of my professional career, I personally wouldn’t do that,” he said of transporting classified materials to his residence. “But I am not the president of the United States.”

He continued: “He has a different set of rules that apply to him. I know they were taken out of the White House while he was president and whether or not he declassified those documents remains to be seen. He says he did. I don’t. I don’t have all of them.” the facts there.

Subsequent publication of the search revealed that the agents were looking for documents related to possible violations of the Espionage Act, which prohibits the unauthorized removal of defense-related information that could help a foreign government. Trump is also being investigated for possible obstruction of justice violations.

The documents, regardless of whether they were considered classified or not, were supposed to be turned over to the National Archives upon the former president’s departure from the Oval Office, under the Presidential Records Act.

Last month, Trump said the documents taken by the agents were “declassified,” but more than a dozen ex-Trump White House officials disputed his claims.

McCaul commented later in the interview that he “didn’t have all the facts” regarding the FBI’s search.

“I know they were taken out of the White House while he was president and whether or not he declassified those documents remains to be seen,” he said. “He says he did it. I don’t have all the facts in there.”

“There is a process for declassification. But again, the president is in a very different position than most of us in the national security space. We, the relevant committees on Capitol Hill, have requested briefings on this to find out what was so important. here from a national security standpoint that would warrant such an extreme measure to have a search warrant against a former president of the United States,” he added.