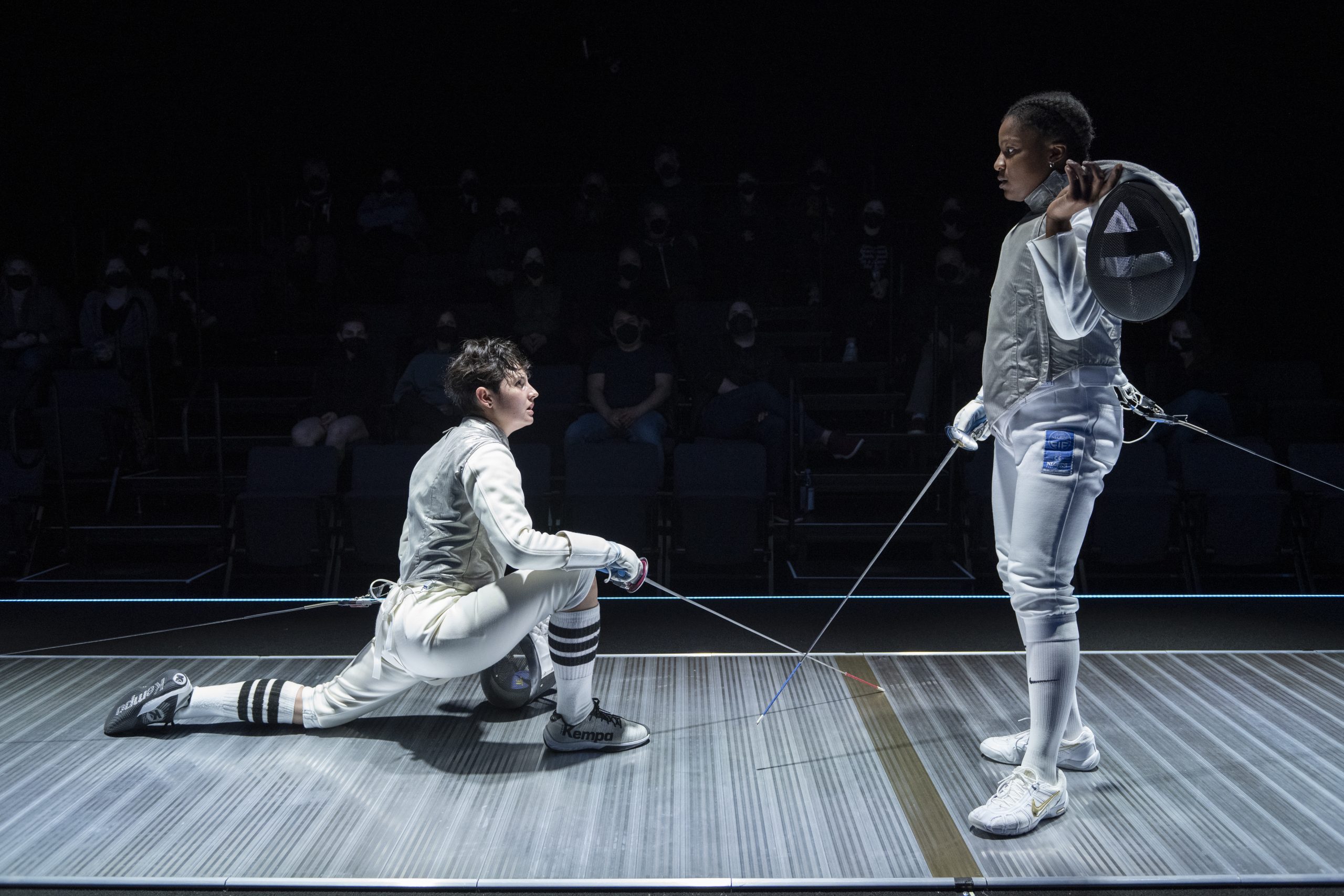 Whether by design or chance, Writers Theater has focused on the theme of women in competition and collaboration this season. In Eleanor Burgess salesman’s wifetwo actors playing Linda Loman and the “Boston Woman” in a contemporary version of Arthur Miller’s play. Death of a seller they wonder why their game-within-game characters have to fall into the tired tropes of women fighting over a (mediocre) man, while sharing their own stories about maintaining relationships and careers simultaneously.

Now at Gracie Gardner’s athena, we meet two high school girls who are competitive fencers. During the spirited 80-minute course of Jessica Fisch’s staging, Athena (Mary Tilden) and Mary Wallace (Aja Singletary) feint, dodge, ram, counter and peel back layers of themselves even while wearing the protective garb of His sport. (Mary Wallace chooses a flat chest protector, telling Athena, who sports one with molded breasts, “Plastic breasts just slow you down. They just guide someone’s blade right into a punch.”)

For whatever reason, women speaking honestly about their lives without reference to masculine definitions of conflict and resolution still feel like a radical proposition (even decades after the Bechdel Test emerged). Sure, the two-character setup of Gardner’s work means there are some binary differences between the two girls. Athena lives with her single father in New York City and slips (underage, of course) into nightclubs where her older sister is a DJ. In contrast, Mary Wallace is a more sheltered suburbanite with a penchant for bookworms. (Although it’s worth noting that Athena gave herself that mythological name as a nom de guerre.)

But what’s charming about Gardner’s work is how deftly weaves together the anxieties and doubts common to all teenagers with the two’s growing confidence as friendly competitors. David Blixt and Christian Kelly-Sordelet’s precise fight choreography, set against Arnel Sancianco’s cool minimalist catwalk set (it almost feels like a Holodeck from star trek, particularly in combination with Paul Toben’s stark white lighting), provides clever physical metaphors for the ways they approach, recede, and meet head-on. The track is both a testing ground for their desire to qualify for the national championships (and possibly the Olympics) and a place where they focus on themselves and each other. If the final fight seems to move into a slightly predictable dynamic, that’s just a small disappointment for a play that asks us to consider the possibility of teenage girls knowing how to land punches, but also how to watch each other’s backs.