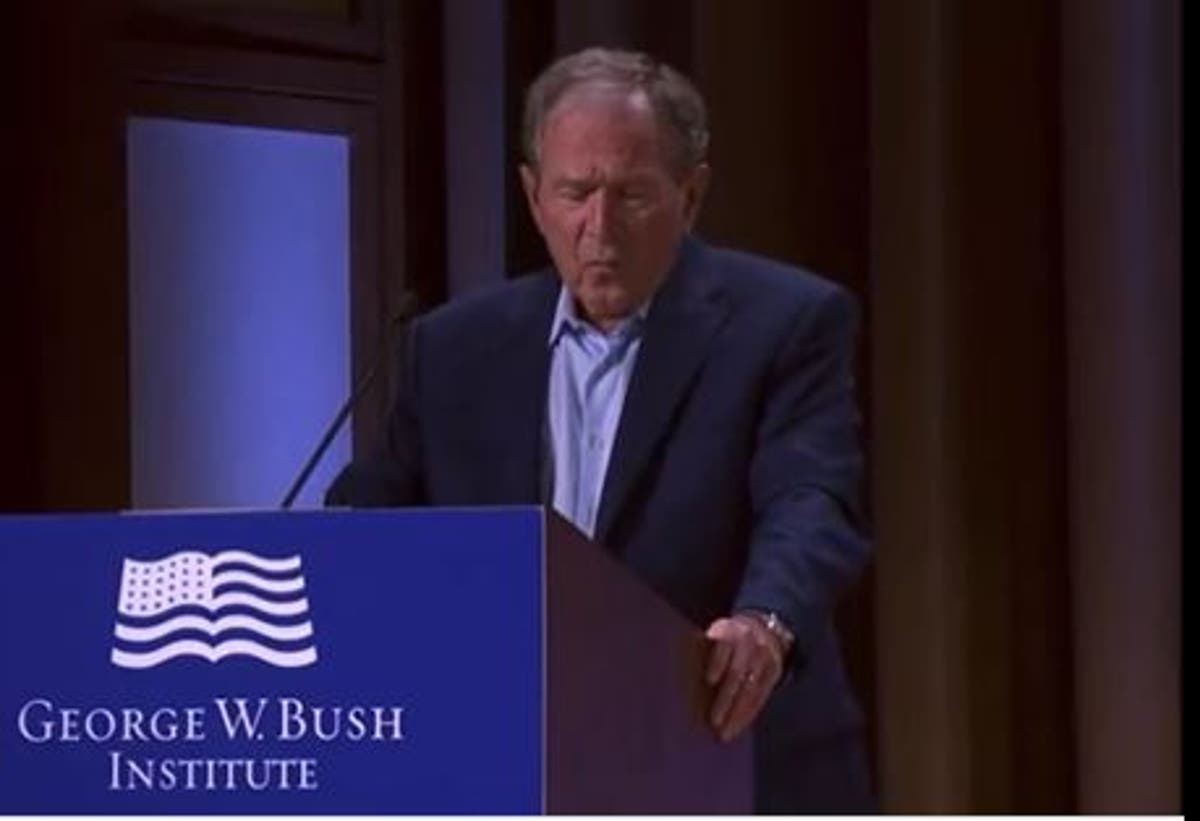 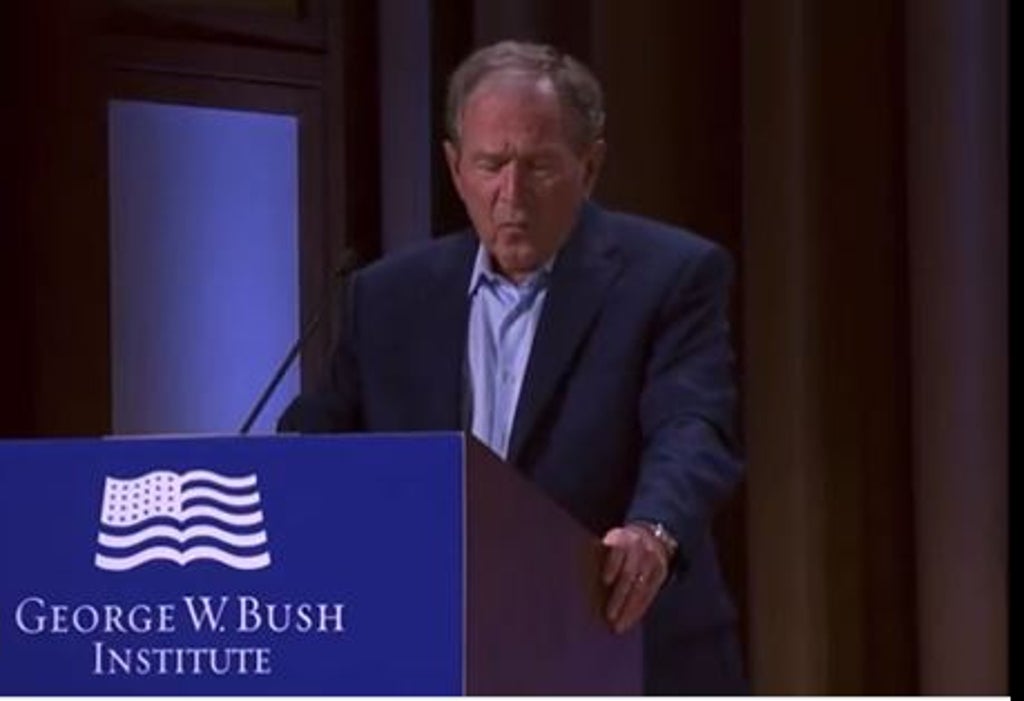 Former US President George W. Bush erred on Wednesday and condemned the “brutal” “invasion of Iraq”, before correcting himself to say he was denouncing the invasion of Ukraine.

The 43rd president spoke at an event on the elections at the presidential center in Dallas.

“On the contrary, the Russian elections were rigged. Imprisoned or not imprisoned political opponents are excluded from participation in the electoral process. The result is an absence of checks and balances in Russia,” the former president said in his speech.

“And one man’s decision to launch a totally unwarranted and brutal invasion of Iraq… I mean Ukraine,” he added, before laughing and blaming his age for the misstep.

He shrugged and said “Iraq too” under his breath. “Anyway. I’m 75 years old,” the Republican leader added as the crowd erupted in laughter.

During the Bush presidency in March 2003, a US-led coalition invaded Iraq to topple Saddam Hussein’s authoritarian government over concerns about acquiring nuclear and biological weapons, without showing evidence of such concerns.

The war, however, ended up bringing more conflict to the region.

His administration has been criticized for launching a brutal pre-emptive war against Iraq that has killed tens and thousands of Iraqi citizens and more than 4,000 US troops.

Wednesday’s comments were Bush’s first public condemnation of the Russian invasion of Ukraine, nearly three months after it began.

“The way countries conduct elections is indicative of how their leaders treat their own people and how nations behave toward other nations,” Bush said.

“And nowhere is this shown more clearly than in Ukraine.”

Meanwhile, as the war progressed, the Ukrainian president introduced a bill to parliament to extend martial law and conscription by three months.

The law was first imposed on February 24 when Putin declared “a special operation” in Ukraine. Since then, it has been extended by 30 days twice, with the latest extension set to expire on May 25.

The Independent has a proud history of campaigning for the rights of the most vulnerable, first running our Welcome Refugees campaign during the war in Syria in 2015. Now, as we renew our campaign and launch this petition in the wake of the development of the Ukrainian conflict crisis, we call on the government to go further and faster to ensure that aid is delivered. To find out more about our campaign to Welcome Refugees, Click here. To sign the petition Click here.

If you want to donate, please Click here for our GoFundMe page.