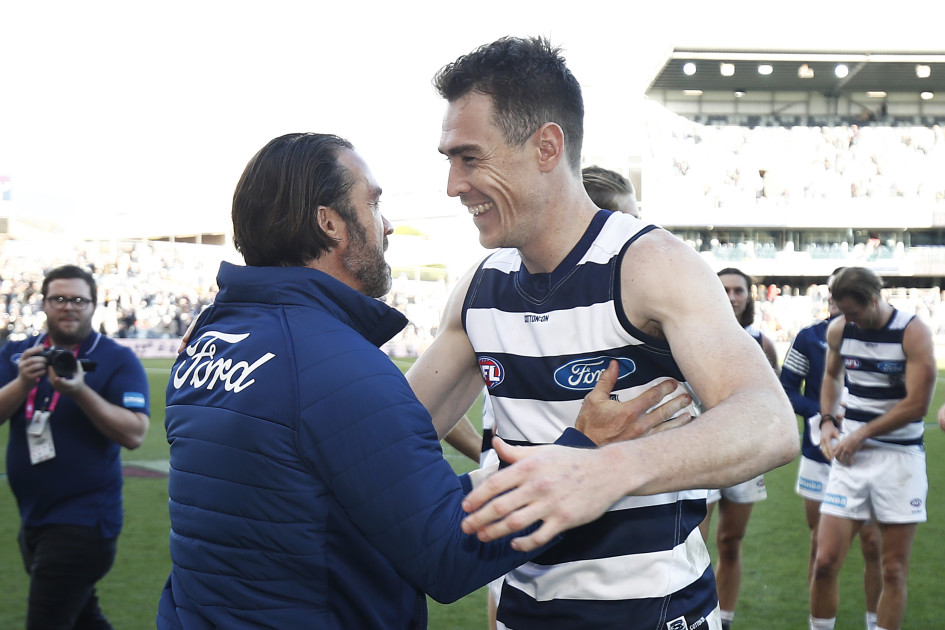 Geelong’s coach Chris Scott admits it took Jeremy Cameron a little longer than expected to adjust to his system.

Cameron, a high-profile GWS recruit in late 2020, struggled with a hamstring in his first season at his new club.

Despite his injury concerns, Cameron recorded 39 goals in 15 games for the Cats in 2021.

sports day Co-host Sam McClure asked Scott, “How have you been feeling about how quickly it has adapted to your system and how dynamic that forward line looks now?”

“It hasn’t been as fast as we would have liked,” Scott responded.

“He was fantastic for us in a truncated pre-season when he first came in, but then he got injured right on the eve of the season and had three hamstring injuries last year.

“We have been very cautious making sure that he is physically okay.”

The former Giant has already matched his tally from last year’s season and is laying off alongside his partner in crime Tom Hawkins.

Scott believes the Cameron-Hawkins forward combination will only get better.

“Even this year we haven’t achieved what we set out to do with cohesion in our front half with (Gary) Rohan, Hawkins and Cameron playing together,” the Cats coach said.

“We are big believers that cohesion in the front half is really important.

“We’re still optimistic that the best is in front of us in terms of that combination.”

Scott calls star forward Cameron a “remarkable talent” who continues to amaze him.

“The whole Geelong environment really suits him. It’s been fantastic for us,” she said.

“He is just a remarkable talent.

“He’s a better player than I thought he was, and I couldn’t have thought more highly of him.”

Cameron, a two-time All-Australian and Coleman Medalist, plays his 200th AFL game against Richmond at the MCG on Saturday night.