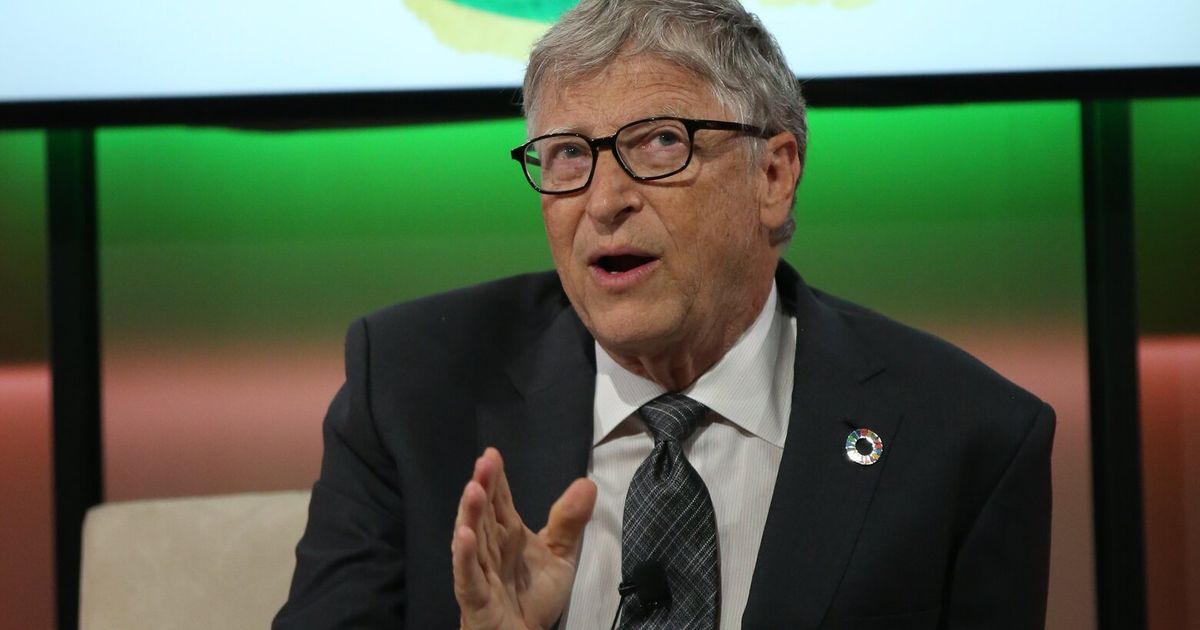 If you’re looking for a Seattle institution with the largest global footprint, I’d put the Bill & Melinda Gates Foundation above Starbucks, Microsoft, even Amazon (or Boeing, before Seattle). With an endowment of $53.3 billion and a global reach, it is generally ranked as the largest or second largest charitable foundation in the world.

The Gates Foundation, by its own descriptions, “focuses on improving people’s health and giving them a chance to lift themselves out of hunger and extreme poverty.”

However, at least locally, it is in splendid isolation inside its boomerang-shaped headquarters across from the Seattle Center.

Aside from the divorce of Bill Gates and Melinda French Gates, who remain co-chairs, and an occasional story criticizing a foundation-funded effort (such as Africa’s agricultural “green revolution”), the best look at the institution comes from its annual report.

The 2022 Goalkeepers Report is especially important. It examines where we stand on the Sustainable Development Goals agreed by the leaders of 193 countries in 2015, under the auspices of the United Nations. These “big and bold” goals were to be achieved by 2030.

Big and bold, these 17 goals include ending poverty and hunger, ensuring good health, quality education, gender equality, and climate action, among others.

However, Gates and French Gates write in the introduction to Goalkeepers: “After seven years, the world is on track to achieve almost none of the goals…As it stands now, we would need to speed up the pace of our progress five times as fast.” fast to achieve most of our goals.”

The pandemic dealt a serious blow to progress, along with the Russian invasion of Ukraine, severely curtailing grain exports that are especially important to Africa. Furthermore, “from Afghanistan to the United States, women’s rights would be set back decades.”

Changing this trajectory is not the responsibility of the Bill & Melinda Gates Foundation, but their grants play an important role, and the latest report is the best benchmark we have.

In the foundation’s report he spoke of how the need for investment in agriculture and research and development was essential. Humanitarian assistance is not enough, especially in sub-Saharan Africa, whose most important crops are in danger. One big reason is the heat from worsening human-caused climate change.

“Hunger may not be a completely solvable problem,” Gates wrote. “No one can reasonably promise that each of the world’s eight billion humans will always have enough to eat. But ensuring that sub-Saharan Africa and other low-income regions can feed their own people? That is a very achievable challenge, provided the world changes the way it deals with food crises.”

(According to the nonprofit Northwest Harvest, 1 in 6 Washington children lives in a family facing challenges putting enough food on the table; the state ranks 10th nationally in overall wealth and 34th in insecurity food).

“We can’t just talk about empowering women without making sure that they are actually gaining power in their families and communities.”

In much of the developing world, women are second-class citizens and have no reproductive freedom (the latter issue comes to the United States thanks to the far-right majority of the Supreme Court).

The world population is expected to reach 8 billion this November, according to the UN. That compares to 2.5 billion people in 1950.

This huge increase has many causes. But one has been a slower decline in fertility rates in some parts of the world, especially sub-Saharan Africa, according to a separate UN report in 2020. It emphasizes “intensified support for family planning, including through implementation of effective government policies and programs. ” to further reduce fertility. And the right of individuals and couples “to decide freely and responsibly on the number, spacing and timing of births.”

Indeed, the Goalkeepers Report shows a dramatic decline in deaths from HIV/AIDS. The global prevalence of smoking is declining. Tuberculosis cases are going down. And scientific and technological advances can help move the world forward.

But reaching the UN goals by 2030 seems unlikely.

The Gates Foundation and all philanthropic organizations are working against various headwinds.

One is the return of so-called great power competition. Russia’s invasion of Ukraine has galvanized NATO, which former President Donald Trump sought to weaken. Sweden and Finland want to join the alliance.

Russia has been embarrassed by the actions of its armed forces against Ukraine. President Vladimir Putin made another threat on Wednesday with the use of nuclear weapons, while announcing a partial mobilization of troops.

On the other side of the world, China threatens democratic Taiwan, which it considers a renegade province. For decades, the United States has pursued a policy of “strategic ambiguity” as to how it might respond to an invasion. President Joe Biden put that aside and promised that the United States would defend Taiwan against a Chinese invasion.

Saudi Arabia, ostensibly an American ally, is a major driver of climate change emissions as an oil producer, denies equal rights to women, murdered a Washington Post journalist, and is helping Russia by importing its oil.

None of this is mentioned in the Gates Foundation report. But his work around the world will be hampered by all these frictions and more.