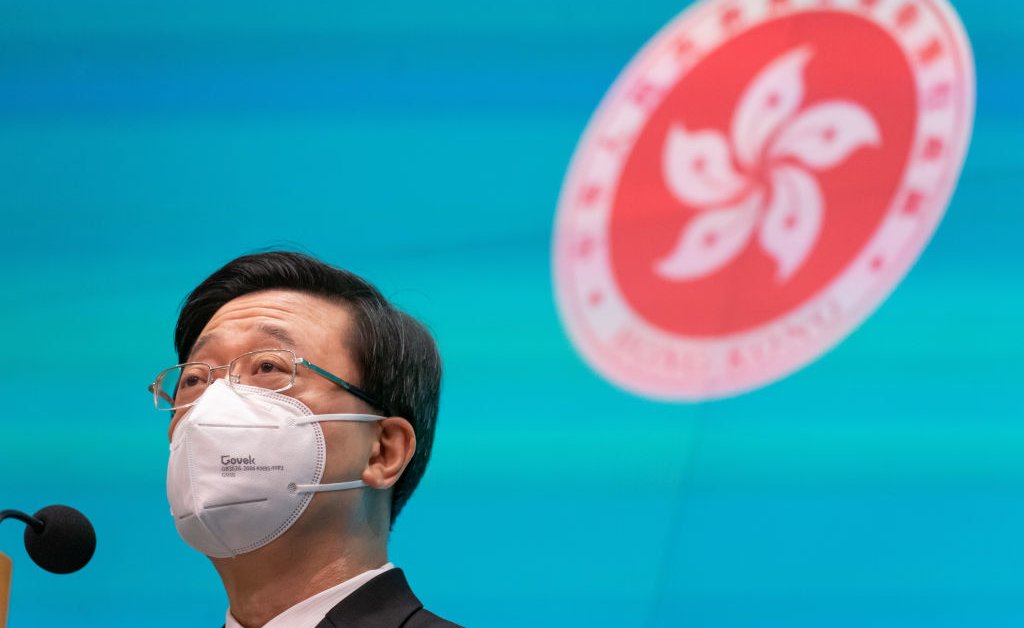 TForeign ministers from the Group of Seven major industrialized nations expressed “serious concern” over the process by which Hong Kong selected its next chief executive, calling it an assault on the fundamental freedoms of the former British colony that has returned to the Chinese control in 1997.

Monday’s G7 statement came a day after John Lee, 64, a former police official who helped acting Chief Executive Carrie Lam suppress massive and sometimes violent democracy protests in 2019 , was elected to the highest office in the city in a nearly unanimous vote. by a committee controlled by Beijing.

“The current nomination process and the resulting appointment are a radical departure from the goal of universal suffrage and further erode the ability of Hongkongers to be legitimately represented,” the group said in a statement emailed by the Foreign Ministry. from Germany, which has the rotating right. G7 presidency. “We are deeply concerned about this ongoing erosion of Hong Kong’s political and civil rights and autonomy.”

Lee received all but eight of the 1,424 valid votes cast by a committee of China loyalists in the unopposed race, in a demonstration of the impact of electoral reform imposed by Beijing following mass protests some three years ago. In previous contests, opposition candidates received hundreds of votes.

The reaction from the foreign ministers of Canada, France, Germany, Italy, Japan, the United Kingdom and the United States follows criticism from the European Union, which said on Sunday that it “regrets this violation of democratic principles and political pluralism.” and sees this selection process as yet another step in the dismantling of the ‘one country, two systems’ principle”.

Lee told reporters on Monday that the elections were held in accordance with Hong Kong laws, which were “enacted because of what happened in the years of chaos.” Lee also helped Lam implement a powerful national security law drafted by Beijing that resulted in the arrest of some 182 people and the closure of at least a dozen news organizations.

“I think people are adopting double standards,” he said, adding that the “improved electoral system” has benefited the people of Hong Kong.

Chinese Foreign Ministry spokesman Zhao Lijian accused the EU and other critics of the election of supporting “fake democracy” and “rampant black violence” in the city. “Hong Kong’s new government, under the leadership of the new chief executive, will lead the city from chaos to good governance,” Zhao told a regular briefing in Beijing on Monday.

Lee, who will succeed Lam on July 1, has vowed to further strengthen national security and speed up integration with mainland China. He said on Sunday that his new job required accountability to both Beijing and the city’s 7.4 million residents.

The G7 said Chinese and Hong Kong authorities have moved away from the “ultimate goal of universal suffrage” set out in Hong Kong’s Basic Law by increasing the number of unelected members appointed to the Election Committee and drastically reducing the number of voters. . eligible to participate in committee elections.

The group called on China to abide by the Sino-British Joint Declaration and its other legal obligations.

“We urge the new chief executive to respect the rights and freedoms protected in Hong Kong, as set out in the Basic Law, and to ensure that the judicial system upholds the rule of law,” the G7 ministers said in the statement. .