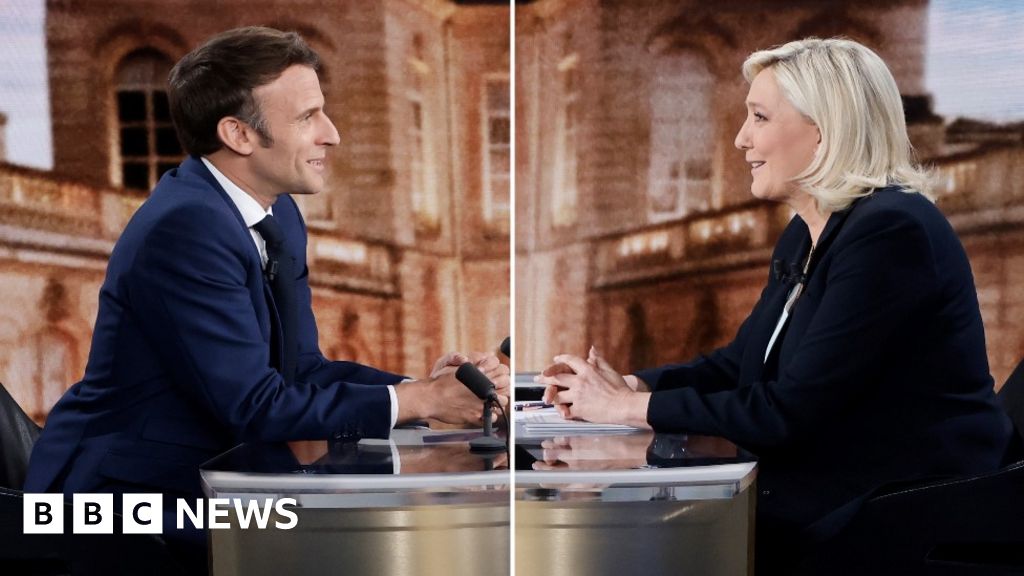 She then spoke about another of her key policies, banning the wearing of the veil in public, arguing that women should be freed from “Islamist pressure”. Macron objected that it was wrong to mix Islam with Islamism. His policy, he said, would lead to “civil war” and would be a betrayal of French values: “You would have the police running down the street after girls with headscarves and [Jewish] boys with yarmulkes.” He was intolerant and was pushing millions of his compatriots out of public space because of their religion, he said.