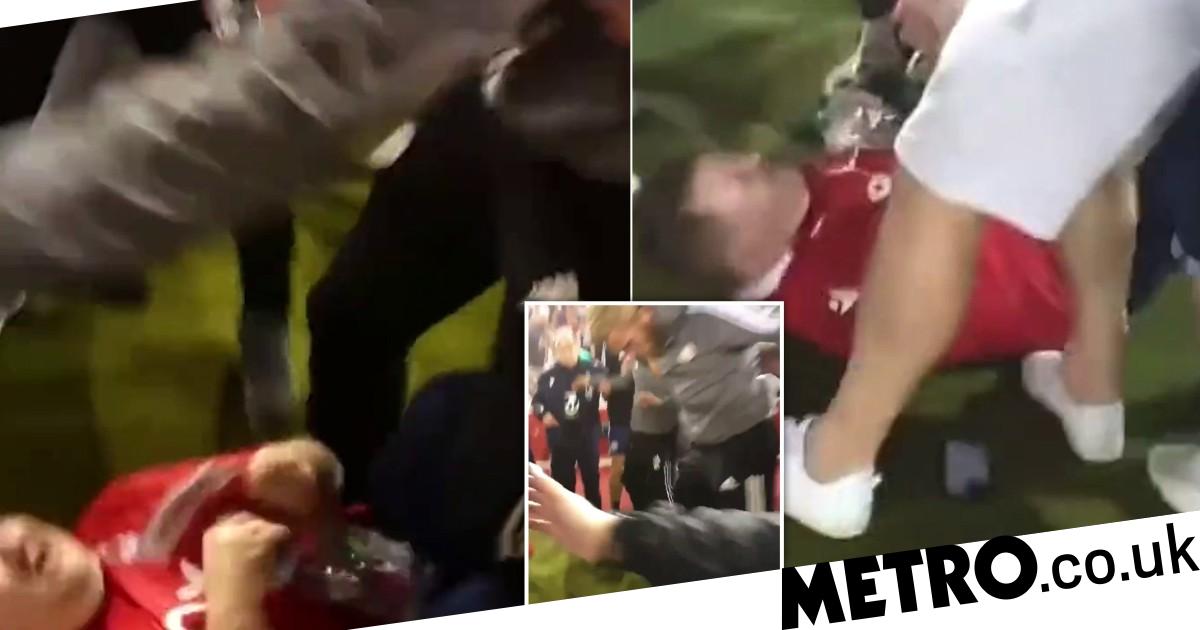 The incident occurred when fans swarmed the pitch at the City Ground after Forest beat the Blades on penalties in the second leg of Tuesday night’s Sky Bet Championship play-off semi-final.

A video circulating on social media shows McBurnie, sidelined with an injury, becoming entangled with a fan who had fallen to the ground.

Forest fans had taken to the pitch to celebrate after their team’s penalty shoot-out victory secured their place in the play-off final at Wembley.

The FA confirmed it was aware of the footage and was investigating it, while Nottinghamshire Police said they were also investigating.

Inspector Andy Wright said: “We have been made aware of a video circulating on social media showing a possible altercation where a Forest fan can be seen on the ground after the play-off semi-final.

We have now launched an investigation into this incident. The person in question has not yet reported the incident, but we urge them to come forward along with anyone else who may have witnessed the incident or have video footage so we can establish the full circumstances.

“We would particularly appeal to the owner of the original footage to get in touch.”

Neither Sheffield United nor Forest have commented on the incident.

On Wednesday night, McBurnie responded to a message on Twitter, posted by a Blades fan, that read: ‘I wish that video was in full context, it looks more like I’m trying to walk over him with one leg! bad! I could be wrong!

McBurnie backed up the tweet with a ‘100’ emoji, meaning he agrees 100 percent, but didn’t say anything else.

He also ‘liked’ a tweet posted by Blades crew assistant Adam Geelan which read: “Fan illegally enters the field provokes and tries to push Rian (Brewster) he fights back and the kid falls on him Oli’s broken foot can clearly see that there is no stamp, ridiculous post, especially when the butlers and police were standing there watching it happen and leaving us to defend ourselves.