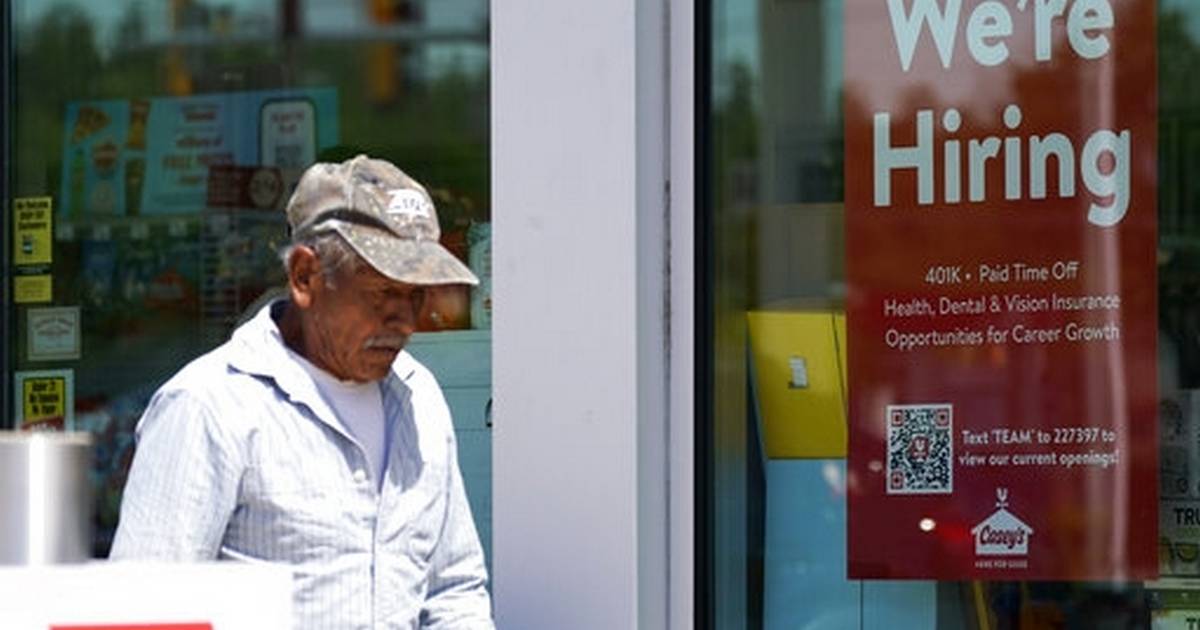 WASHINGTON — Fewer Americans filed for unemployment benefits last week as the US labor market remains strong in the face of rising inflation and interest rates.

Jobless claims fell by 3,000 to 229,000 for the week ending June 11, down from 232,000 the previous week, the Labor Department reported Thursday. First-time applications generally represent the number of layoffs.

The four-week average of claims, which offsets some of the week-to-week volatility, increased by 2,750 from the previous week to 218,500.

The total number of Americans who collected unemployment benefits during the week ending June 4 was 1,312,000. That figure has hovered around 50-year lows for months.

While Americans have enjoyed historically strong job security and higher wages recently, much of that has been offset by four decades of high inflation.

The Labor Department reported last week that consumer prices rose 8.6% last month, even more than in April, from a year earlier. The Federal Reserve responded by raising its main lending rate by three-quarters of a point on Wednesday, its main tool to combat rising prices. Wednesday’s increase comes on top of a half-point increase in early May.

Earlier this month, the government reported that US employers added 390,000 jobs in May, extending a streak of strong hiring that has buoyed an economy under pressure. Although job growth in May was healthy, it was the lowest monthly increase in a year and there have been signs that more layoffs may be on the horizon.

Filing for jobless claims this week and last week, while still relatively low, was the highest since the first weeks of the year.

Online auto retailer Carvana said last month that it will lay off about 2,500 workers, about 12% of its workforce. Online real estate broker Redfin, under pressure from a housing market that has cooled due to higher interest rates, said on Tuesday it was laying off 8% of its workers.