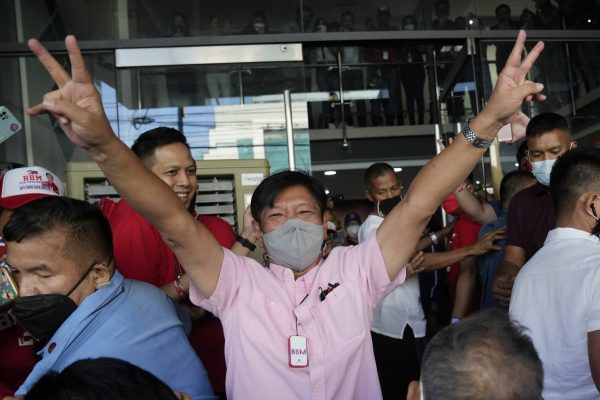 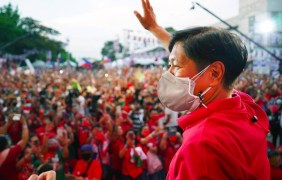 China’s growing assertiveness in the military, economic and diplomatic arenas has been a cause for concern among its neighbors. Significant attention has focused on coercive forms of Chinese influence ranging from “grey zone” tactics and disinformation campaigns to economic pressure. However, in addition to wielding sticks, China has also leaned on carrots, increasing public diplomacy and development financing efforts in Southeast Asia in recent years.

With Ferdinand “Bongbong” Marcos securing a landslide victory in the 2022 Philippine national elections, some Filipinos fear Marcos may seek closer ties with Beijing. Like President Rodrigo Duterte, Marcos may continue to court Chinese companies and investments in the Philippines. However, our research suggests that China’s public diplomacy and economic efforts in the Philippines have so far been negligible.

Learn about the story of the week and the development of stories to watch in Asia-Pacific.

China also increased the number of scholarships awarded to Filipinos to study abroad under the China Government Scholarship (CGS) and the Chinese Ambassador Scholarship program. CGS recipients increased from just seven awardees in 2013 to 80 awardees in 2019, while CAS recipients doubled in number between 2017 and 2020. Cultural diplomacy through Confucius Institutes in the Philippines also intensified as institutes began to offer training programs to government personnel all over the world. various agencies. In short, under the Duterte government, the Philippines experienced further institutionalization of Chinese public diplomacy efforts.

Despite an uptick in Chinese public diplomacy, ordinary Filipinos haven’t exactly embraced China’s charm offensive. Even under Duterte’s pro-China leadership, Beijing’s public diplomacy efforts have not had the desired effect. Public opinion polls indicate that most Filipinos disagree that China’s intentions are benign to Filipinos. In 2020, nearly twice as many Filipinos (80 percent) had favorable views of the US compared to favorable views of China (42 percent).

China’s financial diplomacy, major infrastructure projects and increased media presence have been undermined by Beijing’s own coercive and predatory actions in the Philippines. China’s sovereignty claims and frequent incursions by military and commercial fishing vessels into Philippine-claimed areas of the South China Sea have led to several anti-China protests. The renaming of the waters within the Philippines exclusive economic zone from the South China Sea to the West Philippine Sea in 2012 was itself a direct nationalist response to Chinese claims to Scarborough Shoal.

In addition to Chinese maritime claims, Chinese online gaming businesses in the Philippines have generated “economic and social exclusions” that also drive anti-Chinese sentiment. Before the pandemic, the proliferation of Chinese online gaming companies in the Philippines had led to an influx of Chinese workers, leading to rising real estate prices and a loss of housing for Filipino renters unable to afford higher rent. .

Expensive infrastructure projects financed by China, such as the Kaliwa dam project, have also received much skepticism from the Philippine public. Concerns about Chinese “debt traps” in other countries have also surfaced in the Philippines. Thus, instead of boosting Philippine attitudes toward China, Chinese public diplomacy and influence operations have generally failed to translate into strengthening strategic ties between China and the Philippines.

Marcos led his main rival, Vice President Leni Robredo, by double digits in pre-election polls. While there are real concerns with a Marcos presidency, including questions about his qualifications to lead, allegations of corruption, and his campaign’s reliance on disinformation, fears that the Philippines may court the Chinese under a possible Marcos government must be nuanced.

First, even if Marcos were to actively engage Beijing, as our research suggests, the Philippines would not necessarily become more susceptible to Chinese influence. The Armed Forces of the Philippines (AFP) and the national security establishment remain cautious, if not critical, of Beijing. Furthermore, ordinary Filipinos or weather, Marcos’s core constituency, remains largely distrustful of China. With the Filipino public tired of the shortcomings of the current administration’s foreign policy, and given an increasingly outspoken opposition criticizing China’s encroaching presence, Marcos would risk eroding his popular support if he simply continued the failed legacy of Duterte.

Second, Marcos has yet to come up with a clear foreign policy agenda. Unlike Duterte, who openly expressed his personal contempt for the United States and his admiration for Xi Jinping early in the 2016 campaign, Marcos has simply acknowledged, albeit in very few instances, the importance of the US-Philippine alliance and the country’s renewed partnership with Porcelana. This could be an indication that Marcos is unlikely to jeopardize the alliance in the same way that Duterte did. But it is also notable that Marcos has been heavily criticized for the lack of clear platforms compared to other presidential candidates.

The vagueness of Marcos’ policy on this point could serve as an opportunity for the Filipino public to proactively shape the direction of Philippine foreign policy. Like other ASEAN nations, Marcos may choose a middle ground, leaning strategically toward Washington but economically toward Beijing.

Third, domestic issues, particularly the Philippines’ economic recovery from the pandemic, will remain the top priority of the new Philippine government. Deepening economic relations with China may be part of the solution, but the new government will need to work extensively with other regional players, including the United States and Western aid and development organizations, to boost economic growth as it battles the pandemic. Many students in the Philippines continue to attend online schools (or not at all) more than two years into the pandemic, creating a looming human capital crisis.

Marcos has stated that his foreign policy outlook is neither pro-US nor pro-China, but represents a pro-Filipino position. That may be cause for consternation in Washington, as Marcos seems willing to maintain friendly relations with Beijing, even if it means undermining Manila’s own strategic position in the South China Sea or ignoring corruption fueled in part by Chinese investments. However, the fear that the Philippines could fall completely under Beijing’s sphere of influence under Marcos is hard to justify. The institutionalization of the Philippine-American alliance, particularly between the Armed Forces of the Philippines and the national security establishment, and strong Philippine nationalism act as buffers against Chinese influence and will prevent Marcos from drifting deeper into Beijing’s orbit.