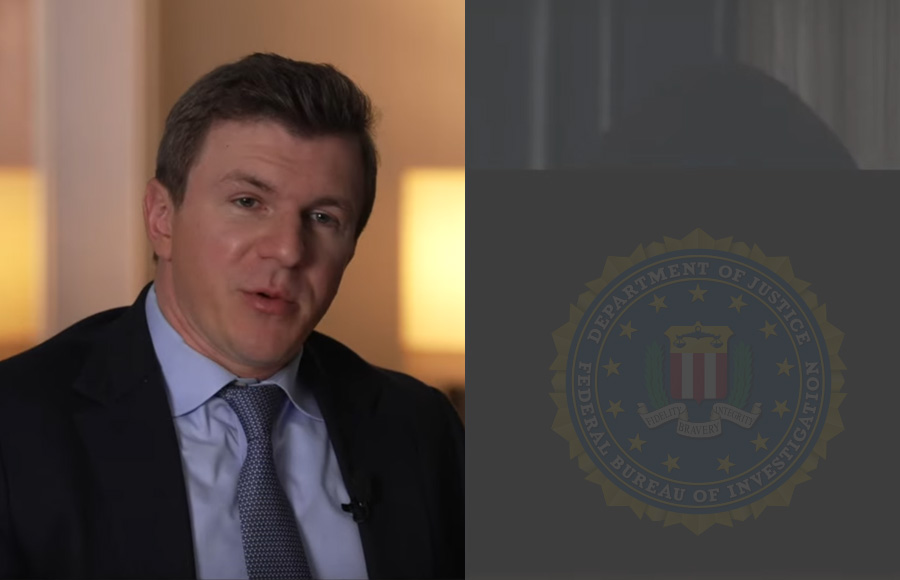 NEW YORK, NY – Conservative covert group Project Veritas claims that a whistleblower within the Federal Bureau of Investigation (FBI) leaked an internal document stating that the agency specifically targeted “Media” organizations, including Project Veritas itself, that are connected to the alleged theft of the diary of President Joe Biden’s daughter, Ashley, in 2020.

It was reported that the Justice Department has been investigating the diary’s disappearance since October 2020; The diary was later presented to Project Veritas founder James O’Keefe in an attempt to sell it, but the organization refused to publish it, and O’Keefe subsequently turned it over to law enforcement.

But in November 2021, FBI agents conducted a widely condemned raid and search of O’Keefe’s apartment, after previously raiding the homes of two other Project Veritas members, as part of their investigation into the alleged robbery.

According to the document leaked to Project Veritas by the whistleblower, the FBI is alleged to have ignored the freedoms granted to the press in the United States by the Privacy Protection Act of 1980 (PPA), which allows journalists to publish stolen materials whenever who were not involved in the robbery, and participated in a group investigation, which they classified as “Media.”

This classification is in direct contrast to an earlier claim by the Department of Justice (DOJ), which had maintained that their Project Veritas target was entirely legitimate because they believed they were involved in the diary theft and because the DOJ did not. I don’t think Veritas reporters are actually “journalists”.

“Project Veritas does not engage in journalism within any traditional or accepted definition of that word,” the Justice Department attorneys said. “His ‘reporting’ consists almost entirely of advertising non-consensual surreptitious recordings made through illegal, unethical and/or dishonest means.”

The leak also noted that the investigation into Ashley Biden’s diary was classified by the FBI as “Menace Gang I” which usually covers “threat issues likely to cause the greatest harm to national interests or public safety in the coming year.”

The whistleblower, who has allegedly been an FBI agent for several years, said he leaked the document to Project Veritas because “The direction the agency has taken has caused problems for the vast majority of agents.”

“Tyranny happens incrementally, and it happens when a group of people accept small injustices over and over again just to keep their paycheck and pension,” the whistleblower said. “To maintain your salary and pension that the Holocaust gives you.”